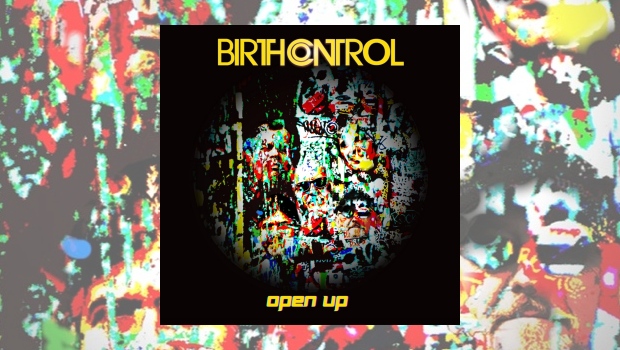 It only makes sense to listen to Birth with a chaser of Birth Control. While one is a new band playing retro-prog, the other is an ancient group playing… funk, apparently. But are they hip, or hip replacement?

I have to say I was astonished when I saw the mighty Birth Control land in our TPA pipeline with little fanfare. I have long enjoyed several of their 1970s albums, especially Plastic People where they hit peak ‘prog’, in my opinion. That is to say, odd time signatures and technically complex instrumentals weren’t always at the forefront of BC’s music, even in their heyday. Instead, the band’s rebellious nature was always first and foremost, challenging societal norms with their lyrics and album artwork. Even the name “Birth Control” – which I have to say has made this group an absolute nightmare to search for on Google, it’s really messed up the advertising algorithm for me (an unforeseen problem when they named the group in the 1960s) – shows that they were early adopters of the once-controversial birth control pill. It’s funny that their name seems fairly tame now.

I had no idea that this band was still together, nor that they had released an album titled Here and Now in 2016, posthumously featuring Bernd Noske, the band’s long time drummer and band-leader, who died a full two years earlier. I’m incredibly curious how it took Here and Now so long to be released, but I suppose I might never get that answer… wait never mind, I just Googled it, and an Amazon product description of the album tells me:

“The album was recorded from mid of 2011 till the end of 2013. In December 2013, nearly 2 month before his unexpected death, Bernd “Nossi” Noske recorded his last missing vocal and drum parts, so that recordings could be finished till the end of 2013. After the unexpected death of rock legend Bernd “Nossi” Noske, drummer and voice of BIRTH CONTROL on the 18th of February 2014, everyone was shocked – fans, colleagues, the band and the question was brought up, whether the band could be continued? So it took a while for the remaining band members to process this very sad incident and to continue the work on the remaining album.”

So Here and Now was a five year project, and yet the album artwork – which features a disturbing photoshopped eye and mouth on a pair of a woman’s stilettoed calves – seems like it could have been dreamt up in five minutes? I’d honestly expect better design from a group of Apprentice candidates.

Sadly, the lads haven’t stepped up their art game in 2022, with Open Up featuring some incomprehensible digital graffiti that appears to feature the distorted faces of the band members. At the very least, it restores an old band logo that hasn’t been seen since 1976’s Backdoor Possibilities – at least, not on any other studio album.

At first, I was quite impressed with the music; it wasn’t prog, per se, but I wasn’t really expecting it to be. It did rock pretty hard though and was pretty accessible throughout, quite leisurely listening.

But pretty quickly I found myself gravitating towards two of the album’s eight songs. The first was album opener Gamma Ray 2.0, a reworked version of BC’s signature track from 1972’s Hoodoo Man. Playing this track on its 50th anniversary, it nevertheless came as a surprise to learn that none of the band members who played on the original are present here; bassist and vocalist Peter Föller comes the closest to having played on the original, having joined the band a year later for 1973’s Rebirth. New drummer Manfred von Bohr did enjoy a stint with the band alongside Noske from ’77 to ’80, but the remaining band members joined the band after 1999, which makes this incarnation of Birth Control feel like a very separate entity to the band of the ’70s.

Nevertheless, Gamma Ray 2.0 is a fantastic opener to the album, funky, with a great beat and will give any fan a nostalgia hit. I’d even go as far to say that this version is better than the original, with better drums and the track length chopped in half, eschewing the meandering instrumental. Once again, Föller proclaims that “without a body I could fly around the world, destroying arms, destroying rockets. Mix up complexions of the whole human race; we all would turn to chocolate people!” A fine sentiment in these still-troubling times.

The other track I gravitated to was I Don’t Mind. Right from the start, Föller’s Germanic accent practically yells “I DON’T MIND” into your ears, a phrase that is repeated countless times throughout the song, although sometimes it becomes “YOU DON’T MIND”. Repeated over an infectious bass riff, the song has an infectious quality, implanting itself firmly into your cerebral cortex so that it will live rent-free in your head, causing your significant other or pet to gasp when you suddenly scream “I DON’T MIND!”. The lyrics of the verse are pretty cool as well, promoting tolerance of folks who might be very different to yourself, but always with the cheeky Birth Control slant: “If you believe in God or money, Santa Claus or Mickey Mouse, I don’t mind.”

But I can’t say I agree with all the sentiments in this album. The Last Word irritates me with its chorus of “Don’t let them speak it, speak the last word”. I’m reminded of all sorts of angry trolls of very niche bands who would always argue in the comments, never letting anyone else have the last word. This is a very toxic behaviour, and it’s better to know how to pick your battles and walk away when necessary. It’s disappointing to see the band promote this kind of toxicity. It’s not even clear in the song who BC are rallying against, suggesting these are just the ramblings of a bitter old man.

The other songs on the album lack any satisfying structure; with half of the eight songs stretching over the seven-minute mark, it’s disappointing that they turn out to be rather shapeless masses mainly focused around jamming instead of composition. But if you like funk rock, there’s a good chance you’ll enjoy these tunes.

More suspect lyrics haunt the album; “Wrestling Mama, please feed your children well”. Am I supposed to be hooked by that? “Don’t want to be no Wannabe”; I suppose they think that’s clever. The album ends on a hard-rocking high note with These Are the Days. I can’t stand the lyrics “These are the days by the sparkling river”, but the music is great!

It’s not vintage Birth Control, but given that we weren’t even expecting any Birth Control in the first place, why would we be expecting that? This ancient German group has come alive once again to show that they still have the cheeky rebelliousness that made them so popular in the 1970s. Unpretentious and straightforward, this album probably won’t fill your prog quota, but given that they seem to funk so well, I DON’T MIND.