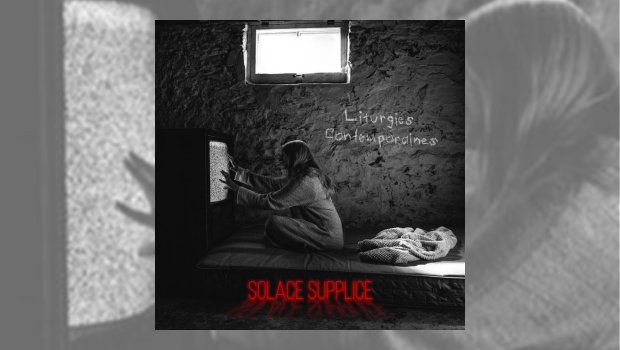 The French prog scene is one I think is often overlooked and underrated. For sure, when it comes to the “classic era”, and the almost symphonic form that is often the first thought of many when it comes to how prog sounds, it tends to be the British prog bands that are the giants everyone knows. Outside the UK, in that “classic era”, the Italian prog scene is highly revered, and there are still Italian bands today mining that uniquely Italian appropriation of the preceding British prog sound and style. In recent times, the Scandinavian countries are seeing a loyal following grow and grow. Yet, France has always been there too, and so much of the prog I love is French, particularly within the last two decades. The one band that many will first think of, when it comes to French prog, is probably the mighty Magma (for good reason, as they are superb).

But quite apart from the Zeuhl scene, which was (at least initially) a predominantly French phenomenon, in the “classic era” there are plenty of (relatively speaking) well-known acts such as Ange, Atoll, Mona Lisa, Orion, Pentacle (even if they released only one album), and Pulsar. Not to mention my favourite Canterbury Scene band is not from Canterbury at all, but from France: Moving Gelatine Plates. Zeuhl wasn’t the only avant and out there French music that made waves internationally, as some “classic” RIO/Avant artists are also from France, such as Art Zoid and Etron Fou Leloublan. And all this is without getting into the more modern era, where a number of French acts are incredibly influential in avant, experimental, eclectic and prog metal sounds – ever originators of new styles, as they have been since Magma sent out their first transmission in Kobaïan. And for those who prefer prog in the more traditional sense, there are still plenty of great bands that are still in the realm of the more symphonic and neo sounds.

Now I would be the first to admit that I’m really not a big neo-prog fan. There is far more music that doesn’t appeal to me at all labelled thus than music that excites me. There are, always exceptions. One of those exceptions in recent years has been Nine Skies, featuring the husband and wife team of Eric Bouillette and Anne-Claire Rallo. But my favourite musical contributions from Eric had been since he joined Nova Cascade. I was initially wary, even though I knew him from Nine Skies, simply because I had enjoyed Heather Deane’s violin playing (no matter how small a contribution it was) on the debut Nova Cascade album. With Eric coming from a seemingly different musical background, I admit I was unsure how much his input might change the sound of the group. I needn’t have worried as both Nova Cascade albums with Eric have been incredible, and I can look forward to hearing him again on the upcoming fourth Nova Cascade album.

But, you will have noticed, I’m sure, that I wrote “had been” and not “have been”. And that is because Eric has simply blown me away with the new band he and Anne-Claire have put together. I have had to rewrite and rewrite this review, because I don’t wish to be hyperbolic, but it truly feels to me that Solace Supplice’s debut album, Liturgies Contemporaines, is superlative in every way! It takes everything I love about French prog and distils it into a perfect package. While there have been several albums I’ve listened to this year that I’ve recognised are likely to be among my favourites when it comes to the end of the year, Liturgies Contemporaines is the only release I’ve listened to in 2022 that strikes me that it will be my overall favourite album of this year. Not only that, but it may well be my favourite French album of all I own and have heard. I’m aware that, even though I’ve been listening to the album for some time now, there will still be a certain degree of recency bias – but, honestly, I can see me still loving this album for years to come.

My favourite French band, until now, has probably been Jean-Pierre Louveton’s Nemo, but Solace Supplice take everything I love about Nemo and do it better. That’s not to say they sound that much like Nemo, but both bands take the sounds of some of the “classic” French prog bands I mentioned earlier and give them a modern, edgy, eclectic, and sometimes quite heavy sound. In terms of modern French prog, I’m also sometimes reminded of Lazuli – and if you’re a fan of either Nemo or Lazuli, I think there will be a lot for you to enjoy in the music of Solace Supplice. Liturgies Contemporaines never sounds like either of those bands, but they have the same atmosphere and dynamics, only – dare I say it again – better. The bulk of the arranging and composition of the band’s music comes from Eric, and while many will be familiar with his guitar and violin playing, I imagine most will be as surprised as I was to hear him sing. Eric has a wonderful singing voice, full of emotion, that is absolutely one of the greatest highlights of this debut album.

But just so it doesn’t look as if I’m giving all the credit to Eric, I have to say that is absolutely not the case, because joining Anne-Claire, the rhythm section of Willow Beggs and Jimmy Pallagrosi is astounding. Both names are probably well known, but I had not heard Willow play before – and I absolutely love what she does. Her bass is thick and heavy and full of heft, yet incredibly nimble and deft. I might come in for a lot of flak for this, but I prefer her playing to that of her father! Anne-Claire’s playing is perhaps more subtle, but no less pleasing. Jimmy has always been an impressive drummer, so it won’t be surprising to hear that he’s great here. But what I really like on this album is his restraint, and what he doesn’t play. He uses space a lot, and it is quite impactful. Then there are Anne-Claire’s keyboards, that simply flow over everything – sometimes in gentle waves, and sometimes in great washes of sound.

Anne-Claire also wrote the lyrics, but as I am not at all fluent in French, I have no idea what is being sung about. For me, this doesn’t matter. Even when someone sings in English, I tend to pay little to no attention to the lyrics. The voice, for me, is simply another instrument in the mix – and, while I’m sure that what Anne-Claire has written is very clever and conceptual, it is the manner in which Eric sings it that I find so affecting. Likewise, his guitar tone, which is breath-taking at times, and as emotional as his vocals. Eric has pulled out all the stops to make the record of his life, and (while I sincerely hope it is not the first and last Solace Supplice album) if there is never a follow-up, he can be very proud of this album. As can Anne-Claire, Willow and Jimmy. We’re only halfway through 2022, I know, so there is plenty of time for something else to affect me as much as Liturgies Contemporaines has, but I find it hard to imagine that something will. I’d like to think that come the end of the year, I’ll look back to this review and find that I was right to predict this release from Solace Supplice as my favourite of the year.