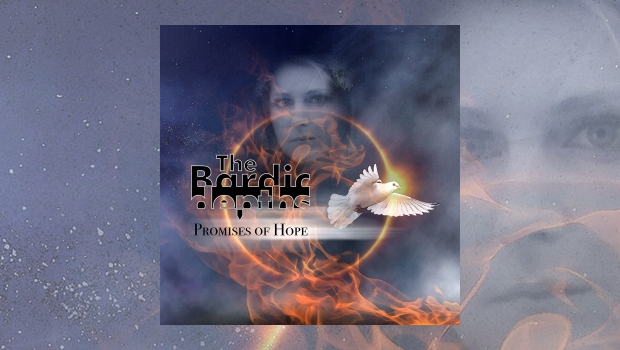 The Bardic Depths – Promises of Hope

The Bardic Depths is the result of the unlikely collaboration between a multi-instrumentalist living in Lanzarote and a recognized historian from the United States. The Big Big Train Facebook page was the catalyst, the result being a self-titled debut album in 2020.

The first album by musician Dave Bandana and lyricist Brad Birzer was based on the literary friendship between JRR Tolkien and CS Lewis against the backdrop of both World Wars. Three of the guest musicians on the album, guitarist Gareth Cole (Paul Menel/Fractal Mirror), vocalist/saxophonist Peter Jones (Camel/Tiger Moth Tales/Red Bazar) and drummer Tim Gehrt (The Streets/Steve Walsh) have since permanently joined Bandana and Birzer to become a permanent ensemble and no longer a semi-permanent collaboration, which is clearly audible. The production is partly in the capable hands of Robin Armstrong (Cosmograf) and he’s done a great job, the same applies to his musical contribution. A lot of attention has been paid to the vocal harmonies with a whole range of singers invited to shape the vision of Bandana and Birzer, and it’s been worth their while.

On this new album, Promises of Hope, the concept is shaped around the subject of suicide. A heavy theme, admittedly, but this never leads to IQ-like doom and gloom (sorry!); the music is a perfect counterpart to the emotionally charged subject.

It takes some getting used to the vocals of Dave Bandana during And She Appeared, but you get the measure of it pretty quickly. A great opening song with the recurring lyric “With the promise of hope but never of victory”. Pete Jones’ signature lead vocals in Regal Pride are somewhat melancholy in nature, but at the same time extremely melodic. Sally Minnear (Dave Bainbridge) sings along and Jones alternates his vocals with a bit of saxophone. There’s something completely different on Consumed, with Celtic and folk influences through the use of whistles, bagpipes and fiddle. After a beautiful acoustic guitar intro, Jones and Bandana alternate vocals, with a nimble bass line and Steve Rothery-style guitar to round off the whole. The lyrical theme is ‘life beyond despair’.

More Pink Floyd than Pink Floyd itself, that’s The Burning Flame. Not just because of the guitar solos from Gareth Cole and Kevin McCormick, the signature Fender Rhodes piano also makes the comparison valid. A slow rhythm renders this song almost Shine On You Crazy Diamond-worthy. Jones sings “But she ended it all, finished it all”; listen to his emotional outburst at the end of the song. Mandatory stuff for Pink Floyd adepts. Colours and Shapes is a hypnotising instrumental track, a dark spacy rock jam featuring Van der Graaf Generator-esque sax. The guitar playing is reminiscent of Steve Hillage in his prog rock days. A great song with an ominous atmosphere.

Once again there are strong similarities to Pink Floyd in Why Are You Here? with vocals by Bandana and a lovely sax solo from Jones. The guitar solo/duet is also brilliant, everything taking place in a lazy rhythm, very different to the following Returned, with its ’80s synth sounds and vocoder vocals from Bandana. Add some pretty funky bass lines and guitar parts that can withstand the comparison with Duran Duran and one certainly can’t complain about lack of variation. The swinging up-tempo, somewhat poppy The Essence screams ’80s power rock, with vintage keys and vocals with lots of reverb. Jones produces some more magic from his sax and there is once again room for optimism in the lyrics: “Reconciling hope, it’s the universe made real”.

It’s as if Rick Wakeman has rediscovered the church in Vevey with Richard Kreuger’s organ part at the beginning of Imagine (no, not the iconic Lennon song), and it sounds brilliant. This requiem-like song, sung and co-written by Jones, strongly reminds me of Procol Harum, because of the organ on the one hand but also the tempo and orchestration. Halfway through, the mood and rhythm changes, due to excellent drumming by Tim Gehrt. A strong prog song with Hackett/Tiger Moth Tales influences develops, and not just because of Jones’ voice. The Bardic Depths has apparently saved the best for last. Cole’s wonderful Hackett-style solo at the end is definitely a bonus, as well as Jones’ sax solo – Wow!! For almost ten minutes I imagine myself in prog heaven.

More than two years later there is a successor to this eponymous debut album, and in quite some style with more song-based material. OK, Bandana’s voice is an acquired taste, but that is more than compensated for by the presence of Jones. His cooperation is more or less a guarantee of quality; he sprinkles some of his magic, both vocally and on saxophone, and the whole thing turns into a high-quality – and above all enjoyable – prog album. But I must not forget the others, especially Gareth Cole’s guitar playing, which I value highly. Hackett, Gilmour, Hillage and Rothery, it all flows just as easily from his skilful fingers. A wide spectrum of instruments and excellent musicians contribute to the quality of the whole.

Hats off to The Bardic Depths, Promises of Hope is pure enjoyment for those who love varied, intelligent and ambitious music, full of melodies and delightful tunes. Highly recommended. 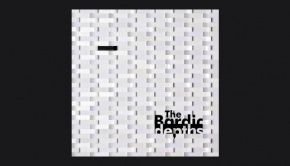