Pure Reason Revolution return with their new album Above Cirrus, two years after their impressive 2020 return Eupnea, which came 10 years after their initial break-up. Eupnea was their ‘re-birth’ album, borne out of the emotional turmoil Jon Courtney went through with his premature baby daughter. There was an irony that just as Pure Reason Revolution were releasing an album inspired by their main man’s daughter’s breathing problems that the world was then confronted by a disastrous new virus that attacked the respiratory system. As touring was off the cards, Pure Reason Revolution developed a new album. Jon Courtney was in Berlin with his young family during isolation, but seeking the space and release of a garden allotment in the Brandenburg woods. The contrast between the shadow of the pandemic and the light found in that small but special garden is indicative of the nature of Above Cirrus as darkness and power are juxtaposed with light and fragility. 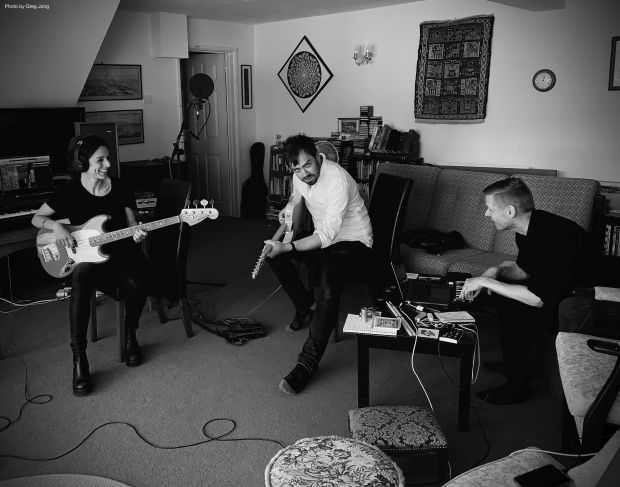 In a 2020 interview, Jon Courtney described Pure Reason Revolution as a band with “no limitations”, and they have indeed never really been easily categorised. Above Cirrus continues their sonic explorations. Their genre bending and brilliant 2005 debut EP Cautionary Tales for the Brave included the kaleidoscopic The Bright Ambassadors of Morning, harking back to lines from Pink Floyd’s ethereal Echoes amidst a bewildering mixture of samples, dance rhythms, psychedelia, Prog and crunching rock with harmony vocals. After their subsequent full debut album The Dark Third, Pure Reason Revolution went in a more techno dance-oriented direction for Amor Vincit Omnia and Hammer and Anvil, but they seemed to lose some of the impetus and unique flavour of their opening releases before breaking up for 10 years.

Therefore, Eupnea was a welcome return to headier concoctions with more rock influences, and it is reassuring to report that the momentum has been impressively maintained with Above Cirrus. Perhaps it is also significant that guitarist Greg Jong, who initially appeared on their seminal debut EP and then returned for two tracks on Eupnea, has now fully returned to Pure Reason Revolution for all of Above Cirrus. His outstanding guitar and keyboard input gives this album a real sense of power and impact, and Courtney has shared that Jong would often take songs in a different direction with unexpected creative ideas. 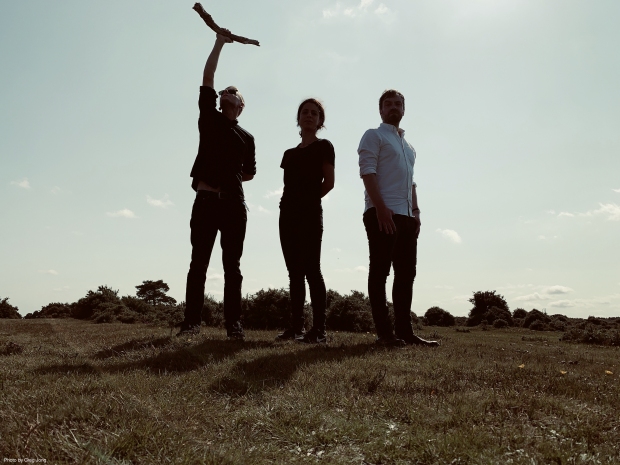 Why does this album have the curious title of Above Cirrus?

Greg Jong and Jon Courtney were taking a break from recording and sitting outside one day. Jong somewhat surprised Courtney with his knowledge of the names of different cloud types. When he described the top cloud formation as ‘Cirrus’ Courtney asked him “What’s above cirrus?”, to which Jong replied “nothing’s above cirrus”. That rather innocuous conversation and that combination of words led them to philosophically ponder “What is in the beyond up there?” It’s fascinating to know where some of these ideas originate, arising from unexpected seeds of conversation. Alongside the origins of the album title, there is also a significance behind the striking album artwork. Jon Courtney has shared that the Jill Tegan Docherty artwork entitled Deaf Mute, depicting a Polar Bear dripping with slowly thawing ice, is symbolic of the themes permeating the album. As Courtney explains:

“To me it depicts a sorrowful polar bear out of habitat, melting ice, in discomfort and pain, but adapting to change and surviving. It’s not a gruesome end for our bear, the picture for me displays hope too… That resonated with the COVID situation… Huge changes. Life became drastically different and we find ways to deal with it, cope and adapt. We stride into the paradox that positives and growth will come / have come out of adversity, no matter how uncomfortable.”

In that context, we have all had to deal with significant changes in our lives, with a sense of real threat faced by many, and we have therefore had to develop new perspectives. Above Cirrus explores that theme, melding shade and light both lyrically and musically. This is typified in the contrasting textures of New Kind of Evil. This song was the first one written for the album and originated in those eerie first weeks of Covid lockdown in April 2020. The title of the song reflects the feelings induced by the Corona virus in which Courtney has evocatively said we experienced “weird, primitive weirdness” and “tidal waves of uncertainty”. He also explained that New Kind of Evil touches on the stresses and strains relationships suffered in that strange, intense and dislocated period. During that period, Courtney developed an interest in woodwork and he became fascinated by dovetail joints. He used that as a metaphor for the way relationships are brought together. However, sometimes they move out of kilter and need repairing:

“Come naked, don’t lie,
You kiss, pull, recover and then we crooked dovetail
You make it so hard
It’s bliss ’til we shudder and then we feel the love fade”

This startling multi-layered imagery, imbued with sexuality and emotion, typifies the clever and insightful lyrics. Apart from the clear parallels with the pandemic’s impact on all of us, New Kind of Evil also reflects the conflicting emotions in relationships, shifting between gentle love and rage, characterised by gentle pianos and harmony vocals followed by titanic swathes of drums, guitars and synths. The closing section is powerful and maybe one of the heaviest passages of music ever by this band. Geoff Dugmore’s drumming is outstanding in its power and precision, as it is throughout the album. He particularly shines on the musical tsunami of opener Our Prism, in which Dugmore’s fluid drumming and tribal rhythms inject such drive and groove.

Phantoms propels Pure Reason Revolution on a much more dance influenced vector, albeit drenched in infectious Bonham-esque drumming and a powerful wall of guitar and bass, with hints of Nine Inch Nails and Smashing Pumpkins. This is the most ‘danceable’ piece on Above Cirrus and Courtney tells a sweet story of ‘Disco Fridays’ in their Berlin allotment garden hut, dancing way to this tune with his wife and baby daughter – we all probably did something silly at times to entertain ourselves in that peculiar period! The synth driven beat throbs relentlessly before a crunching rock passage brings this short but sweet number to a close. The closing section feels like a separate narrative interlude with a disembodied, synthetic sounding voice intoning eerily (which also pops up during other interludes across the album). The echoing distant drums at the end segue into the stark, windswept opening of Cruel Deliverance, an altogether more stately affair, characterised by lovely female vocals from Chloe Alper. This song seems to take us to an almost apocalyptic landscape with coruscating guitars and thunderous drums, before the disembodied voice returns intoning cryptically.

This is a relatively short album for Pure Reason Revolution, but they pack a lot in, especially in the multi-part 10-minute plus epic centrepiece, Scream Sideways. However, remember Pure Reason Revolution do not indulge in more mainstream ‘Prog’ tropes – this sounds fresh, exciting and modern. The intro is all eerie synths, sparse piano and spectral vocals which give way to Dugmore’s rhythmic, driving drums and chiming guitars. The momentum and power increases with distorted guitars keening away in the background before more powerful riffs and distortions take the foreground… and it is a full five minutes plus before the passionate vocals enter the fray. This tremendous piece drops into a more laid-back groove with a funky bass and electric piano underpinning a more slinky vocal passage which then fades away to almost nothing, except a pulsing sound effect. A dreamy piano and vocal soothes the soul – it’s a peculiar but arresting transition, but then the Scream returns with a vengeance as an explosion of drums, guitars and keys avalanche towards the evocative vocal conclusion:

“Scream ’til you hit the core, Storm after fire now calling,
Silence to make you sore, Echoes that fight now run, fear!”

Dead Butterfly appears to take us in a much more sedate direction initially, but this is Pure Reason Revolution and nothing is that predictable. The gentle piano introduction erupts into a thrusting guitar riff with echoes of The Smashing Pumpkins, and in the heavier sections, even Bring Me the Horizon. This intense piece is inspired by a touching life lesson for Courtney’s young daughter during Lockdown. She discovered a dying butterfly in their garden, which soon died. Very soon after they also found a caterpillar, so her father was able to explain to her the life cycle and metamorphosis which helped his daughter to feel better after the sadness of the butterfly’s demise. Life and Death, Light and Dark are skilfully expressed both musically and lyrically in this song and throughout the album.

The album closes with Lucid, commencing in a restrained fashion with plaintive piano and yearning vocals, but the volume and intensity builds again. However, this may have been a piece that could have benefited from a more sustained restraint and subtlety as the template of ‘soft, loud, soft, REALLY loud’ becomes a little predictable by the end – sometimes less really is more. However, that’s a small criticism of a consistently high quality album… and some will love every second of the now trademark Pure Reason Revolution fluctuating interchanges of tempo and power.

After their triumphant return in 2020 with the outstanding Eupnea, it was always going to be a challenge following it up. Eupnea was one of my favourite albums of 2020, brimming with creativity and energy. Above Cirrus has built on that amazing return with another set of truly progressive rock songs, imaginatively fusing together musical elements with no barriers. For me, Above Cirrus does not surpass its predecessor, so difficult when the bar was set so high, but it certainly sustains the very high quality of their song writing and performance. What makes Above Cirrus stand out as a top class album is the artful musical and lyrical exploration of the conflicting aspects of emotion through the prism of its impeccable production and flawless technique. Above Cirrus continues Pure Reason Revolution’s stratospheric musical journey.