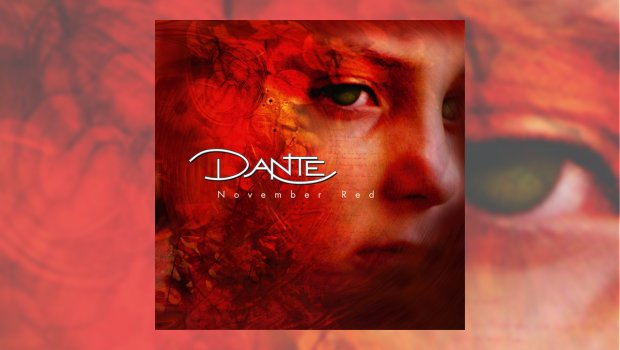 Around 18:00 on Tuesday 4th January 2022, the German band Dante posted on Facebook to mark the ninth anniversary of the death of co-founder, Markus Berger. As Markus Maichel points out in that post, probably all who have followed the band over the years will know that the last album Berger made with Dante was November Red, and that he died just a couple of weeks before the album’s release in 2013.

“One of the last songs I wrote with him was the song Shores of Time, and although it was written before any of us knew about his condition (as far as I remember), in his final months (when he couldn’t be an active part of the band anymore and we prepared the release without him), the song lyrically and thematically seemed very linked to him and his situation – which was basically the main reason that we did not play that song live very often.”

It would seem that a year or so after the release, Dante considered shaking up their live setlist, and rearranging some songs:

“So, beside other things, we did a piano version of Shores of Time, and did a quick demo recording, with the idea to play that instead of the ‘usual suspect ballads’ – and as kind of an homage to Berger in the live set. As it turned out, we never played it live, and the song was put away.”

With 2022 being a new year, and a new start for Dante with a new album scheduled for release (not including a live album, only the second Dante album since November Red), on this anniversary of Markus Berger’s death the band thought it might finally be a good and fitting time to share this “new” piano version.

“As stated above, all we ever did back then was a quick and rough demo recording of the song and we didn’t have the time to properly re-record everything, so I just polished and properly mixed what was there – so it is what it is…

So here’s to you, Markus – see you someday on the shores of time!”

I once posted on Facebook some words about November Red, and the original album version of Shores of Time, myself – back in 2016. I had enjoyed Dante’s music since discovering their second album, Saturnine, but hadn’t listened to the band in a while, despite the fact they had a (then) new album out. Sadly, what put them back in my playlist, was the death of Piotr Grudzinski, from Riverside, at the early age of 40.

As aforementioned, November Red was released soon after the death of Markus Berger, Dante’s co-founder, bassist, guitarist and producer. Like Piotr, Markus also died far too early at age 40. In fact, until Piotr’s death, I was unaware Dante had even recorded a new album. It was only after listening to November Red again, that I looked for Dante’s Facebook page, and found the posts for When We Were Beautiful.

Here is what I wrote then, six years ago, about an album released three years earlier:

Dante are definitely one of the many prog-metal bands playing in the vein of Dream Theater – a description that will immediately put many people off. However, they are no Dream Theater clones. I’ve heard many of those, and never liked any enough to want to continue listening – let alone purchase their albums. There is definitely enough originality in Dante to take them further than Dream Theater comparisons, and warrant them worth taking notice of. I actually don’t think they are derivative of Dream Theater at all, and while that band might be an influence, their sound is not particularly replicated by Dante in any noticeable way.

For argument’s sake, if I were to make Dream Theater comparisons, I guess it would be to the Images and Words and Awake phase of the band, and that phase only. That is to say, the years that Kevin Moore was in the band. At times the keyboards are reminiscent of Moore’s playing, though still sufficiently different to maintain interest. When it comes down to it, I’d actually say that Dante remind me as much, if not more, of Swedish band Wolverine than they do of Dream Theater – and I’ve never heard anyone make DT comparisons to Wolverine!

As much as I like all the tracks on November Red, I can never quite wait to get to the third track. I’ve never skipped a track, but the anticipation is always great. I’m unsure if it is intentional, but I love the way the album peaks in the middle, rather than the final moments. It’s a brave trick, because when you climax so magnificently so early, interest could so easily be lost. But Dante play it out superbly. So, the first two tracks of November Red might be great, but for me they are simply a lead into my favourite tracks on the album. Beautifully Broken and The Day That Bled easily show best the two sides of Dante, and in the former also show (for me) how they far surpass any comparisons to Dream Theater.

Dante can perform delicate, haunting and beautiful ballads in a way Dream Theater have never been able to. Somehow (with the sole exception of the wonderful Space-Dye Vest) Dream Theater always manage to pile on cheese and corn, often resulting in a track I end up skipping. I could never skip Beautifully Broken though. And although my heart fell when I first heard The Day That Bled, because the song has the most Dream Theater sound I’ve ever heard from Dante (thanks to the opening riff), it quickly becomes a showpiece for the band, showing how much stronger Alexander Göhs’ vocals are than James LaBrie’s. (Yes, some might say that’s not saying much, but I happen to like LaBrie’s vocals.) The guitar work is amazing at times, and there are some great keyboard lines, too, even if they do sometimes cross the Dream Theater line.

Shores of Time then manages to take the best of both the preceding tracks, and blends them into a quite spectacular meld of heavy and dissonant (The Day That Bled) and quiet and beautiful (Beautifully Broken). Again, Alexander Göhs impresses, transitioning from powerful to gentle, without losing emotional intensity. This is a great track! The album has peaked. But that doesn’t mean the comedown is not an enjoyable one.

Allan is more subtle and melancholic, but no less grand, and though it starts quietly, it develops gradually and its beginning definitely belies its end. And finally we reach the title track, and a return to the sublime balancing act between heaviness and fragility, power and beauty, that was shown in The Day That Bled. It’s a masterful close to a wonderfully sequenced album.