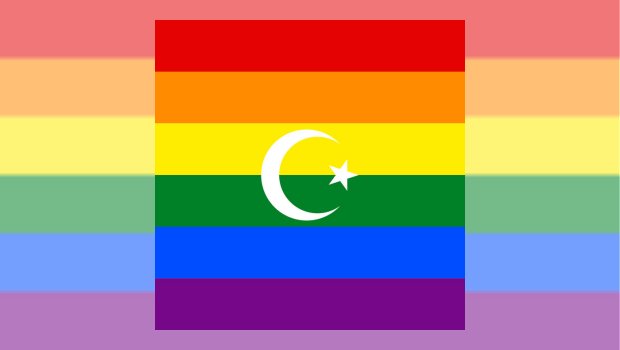 Music fans can be an incredibly snobby lot, who can marginalise and denigrate great swathes of music with the rigidity and narrowness of their opinions. One such argument I’ve often encountered, and that has always riled me, is that “real” musicians play “real” instruments – dismissing the music and talent of countless musicians. I honestly don’t care how music is created, recorded or produced, so long as it speaks to me. Emin Guliyev is a gifted multi-instrumentalist, and I have no doubt that he could play every note of the music he creates under the name Violet Cold on “real” instruments if he chose to. (How many black metal musicians do you know who play the flute and harp, among other instruments not normally common to metal?) But Guliyev seems to be an individual who refuses all boundaries, and embraces all possibilities, so it’s never clear just which instruments are “real”, and it really doesn’t matter. If it does matter to you, then you’re already missing much of the point of Guliyev’s music. Violet Cold’s latest release, Empire of Love, is the most impressive yet in an already impressive discography. If a picture paints a thousand words, the striking cover art of Empire of Love is a thousand pictures. The music is as strong as the imagery.

Back to borders, or lack thereof. Violet Cold’s Bandcamp page declares the artist as being from Yerevan, capital of Armenia, and the only geographic Bandcamp tag is also Yerevan. Yet, the Bandcamp blurb gives co-ordinates for Baku, capital of Azerbaijan, which is, I believe where Guiliyev is based. He seems not to have taken sides in the recent war between Armenia and Azerbaijan, denouncing both sides, and it’s easy to imagine, like Lennon, that he would like a world without countries to kill or die for. And no religion, too. For while the co-ordinates in Baku are for what is outwardly a church, it is more of a cultural centre which celebrates a far wider range of events and activities than that of any one religion. Then there is the flag of the cover art. Rather than the eight-pointed star of the flag of Azerbaijan, this is the five-pointed star of the flag of Turkey – albeit noticeably tilted in the opposite direction. Turkey, of course, was just as involved in the war between Armenia and Azerbaijan as the two countries themselves. Changing the background of the flag of Turkey, or Azerbaijan had that been the case, to the colours of the rainbow Pride flag is such a bold and strong statement, given the repressive nature of these countries and the knowledge that they are among the most homophobic and transphobic in the world. Providing little to no rights or protection to those in lgbtqia communities, they are anything but empires of love.

It would be easy for it to fall apart at this stage. A lesser artist could easily be setting themselves for a fall, unable to match the audaciousness of the cover art with their music. But Guliyev is not such an artist, and the lack of geographical boundaries is matched by a lack of musical ones. The territory Violet Cold has traversed over time has never been unduly concerned with sticking to the tropes of one genre or another. And while it’s probably easiest to compare them to progressive blackgaze artists like Alcest or Deafheaven, this is more of an exercise in pragmatism and expediency than anything else. Certainly, even in their most positive phases, neither of those bands sound as positive and upbeat as Violet Cold do on Empire of Love. Taking in ambient, electronic, folk, post-rock and synth-wave along the way, this is blackgaze with a strong pop sensibility. One of the Bandcamp tags is Euphoric Black Metal, and as paradoxical and oxymoronic as that sounds, it’s hard to argue. Given the bigots, racists and fascists that listen to and make a lot of black metal and black metal adjacent music, this sort of music has always been dodgy territory for those listeners who don’t like to associate themselves with such people. In recent times, it’s been heartening to see more and more bands and artists put out statements that stridently proclaim that they are anti-discriminatory, and explaining, distancing and apologising for past associations. With an album like Empire of Love, Violet Cold don’t even need to make such a statement.

So, taking in some more Bandcamp tags, what does this album from the anarchist, anti-fascist, feminist, lgbtqia Violet Cold bring to the table? Well, it begins beautifully with the folk-sounding Cradle – reminding us that this area of the world (before the arbitrary borders of today) was part of the cradle of civilisation. At the halfway point, the metal crashes in, but never drowns out the delicate melody of the traditional sounding instrumentation. Far from being brutal, the metal is joyous and jubilant. As if to prove the point, as Pride follows, it does so triumphantly, marching forward in as celebratory fashion as any Pride parade. The first extreme vocals are heard and, yes, they are euphoric. This is anthemic stuff, as I guess one should expect from a track titled Pride. The melodic nature of the piece is emphasised by the angelic female vocals. (I should also point out that I’m not sure if these are female vocals, or Guliyev’s own treated. Voices are just as “real”, or not, as instruments.) The message might be serious, but that doesn’t mean it’s not fun to listen to. Like watching a parade, you never quite know what to expect next, and some of the surprises are simply awe-inspiring.

Just as the introductory Cradle changed at the halfway point, so does Be Like Magic. What sounds almost a let-down after the enormous sounds of Pride (but then how do you follow up such a masterpiece anyway?) reveals itself to be anything but one-dimensional. It’s followed by the bouncy EDM vibes of We Met During the Revolution. The changes is style could be quite jarring, but they never feel that way. Again, I find myself looking to the analogy of a parade, where the common cause bringing the varied participants together provides a continuity that might not otherwise be apparent. Put simply, no matter which corner Violet Cold turn on Empire of Love (and there are turns aplenty) it all makes sense, and there are always tracks placed perfectly to pull things back together. The following track Shegnificant, for example, is similar to Pride, in having a beautiful dichotomy of charming clean female vocals playing against Guliyev’s harsh vocals. And, although it’s less of a celebration than a revelation, it’s certainly magnificant – by which, of course, I mean shegnificant.

Working Class then takes the folk nature of Cradle, but turns it into a punky rockabilly number that is simply amazing. It’s as if the opening duo of Cradle and Pride have been turned on their head to create Shegnificant and Working Class. And, just as after those first two tracks, I’m left wondering how is it possible to follow these two? I mean, the album could have ended quite nicely here, beautifully bookended. Togetherness answers that question, and far better than Be Like Magic did, because it doesn’t try to. It and Life Dimensions feel almost like bonus tracks. The point in a parade where the last of the official groups have passed, and the crowd follows in their wake to continue the celebration. It’s a low-key end that isn’t any less a part of the whole, or any less beautiful. In fact, it’s easy to think that this act, after the main event, is the most beautiful of all. I hope some day you’ll join us, and the world will live as one. I hate to end on such a trite note, given what a big deal this album is, but by the time the last notes of Empire of Love have faded away, what I am left with is overwhelming hope and optimism. Some will call it naïve, just as some call Lennon’s song banal, but there’s nothing wrong with looking toward a better world.