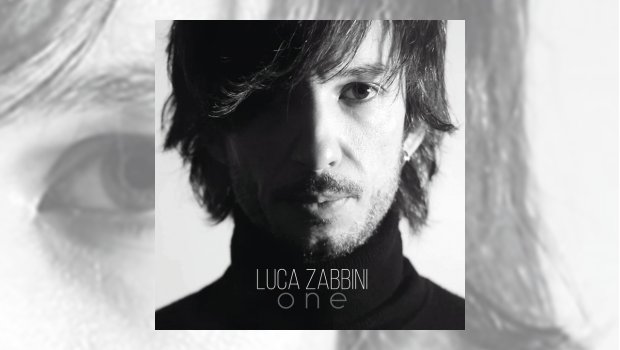 Spoiler alert: I am a great admirer of the music of Italian multi-instrumentalist Luca Zabbini. Still, first listening to his new solo album, One, was a bit unsettling. I did hear a lot of beautiful music, melodies and harmonies, but few fireworks. Mostly classically inspired, but also with folk, jazz and mainstream rock and pop. Perhaps I was too focused on the music being an extension of his Barock Project.

Wrong. Second and subsequent listens were enough to completely change my opinion: Zabbini has single-handedly produced a great album. Not prog, as the accompanying info states, just “a truly progressive work, unless, of course, progressive means Barock Project, in which case, this is something else altogether…”. Somewhat cryptic but I totally agree with that statement. That doesn’t mean that there is not enough to enjoy on One, on the contrary.

One stems from Luca’s desire to adopt a new musical identity and show a different approach, and in some way break free from the tropes of progressive rock in general, and Barock Project in particular. As Luca says, “If I were an actor and had to play the same roles over and over, I would soon grow tired and cease to evolve. The exact same thing holds true for music.”

He had written quite a number of songs, some of which were deemed unsuitable for Barock Project. With the band on hiatus, the first lockdown turned out to be the best time to rework these compositions and give them a more definitive shape. Thus, One was born, an extremely melodic album, written entirely on acoustic guitar and intended solely for the voice of the young master. Zabbini, 37, played all the instruments and took care of recording, mixing and mastering, but left the lyrics to Antonio De Sarno and Giorgio Franceschetti, who had already written for him before.

Opening track What’s Left of Me starts with a plaintive intro and a large dose of melancholy. Pretty symphonic in nature, it has a rocky middle section and Oldfieldian piano. A good start. A classic, almost baroque, intro with violins and Zabbini’s high pitched melodic voice are the hallmarks of Everything Changes, which develops into a full-blooded rock song, Zabbini engaging in an electric guitar duet with himself with great riffs.

Hello sees Zabbini go Billy Joel, the combination of the piano, the jazzy ‘feel’ and the voice reminiscent of (a young) Joel, “Pianoman” Zabbini closing the song in style. Something completely different: Taking Time evokes references to Paul McCartney’s more recent solo work, both in terms of melody and a modern ‘bare’ musical setting, including a wonderfully mean guitar solo. And I mean that as a compliment.

Brilliant piano playing and vocals by the young reincarnation of Keith Emerson in Portrait. Jealousy is the lyrical theme, musically this ballad, leaning towards classical music, is an extension of songs like Broken. Guitars set the tone on Constantine Cry, mandolin, acoustic and electric versions are featured in this song, with a nod to his Italian roots. This could have come from any Barock Project album.

Apparently the ‘Joel virus’ has infected him because the easy-on-the-ear The Mood of the Day also resembles the work of the American singer/songwriter, but with a Toto-like twist in terms of both piano and guitar. No One There, on the other hand, is an entirely different animal; a slow blues. Lyrics like “What will become of me?” sound plaintive, and are sung with a rough edge.

Melancholy reigns on Karlsruhe Rain. A nod to Coffee In Neukölln? Zabbini solo at the piano after which a brilliant waltzing melody develops that gives me goosebumps every time. An absolute highlight. McCartney revisited, Zabbini’s own Blackbird, vocals and acoustic guitar dominate in Help Me to Sleep, another strong yet simple melody by the Italian prodigy. The baroque ending takes the song to a higher level.

The closing I Don’t Know is perhaps Luca Zabbini to a tee: piano and vocals in a simple but ever so inventive song. The orchestration with synthesiser-produced wind instruments and military snare drum makes this a daring but wonderful final chord.

Compliments for the musical mastery of centipede Zabbini. We already knew that he could sing and play the piano, but his guitar and drumming is not bad either. Eleven songs with a total playing time of just under 50 minutes, the longest song lasting no more than 6 minutes. It’s extremely varied containing a number of small gems and many beautiful melodies. A joy to listen to despite the fact that it is not necessarily all prog. Influences from top artists like Billy Joel and Paul McCartney are nothing to be ashamed of, on the contrary I would say.

One may need a few listens (with headphones!) but if you go the distance there is a lot to enjoy. Luca Zabbini is a huge talent who occasionally needs to spread his wings and fly away from the old and familiar. This evolution not only provides new and refreshing insights, but also makes for extremely enjoyable music. And who knows, there may also be room to work on new material for his beloved Barock Project.