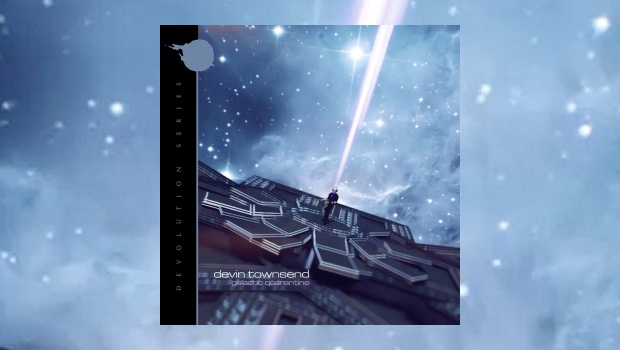 Devin Townsend talks about this Devolution Series of releases as bridging the gap, that gap being the hiatus from touring imposed by the pandemic, comprising four live releases to keep his fans entertained while he works on his next major project. The first release was an acoustic show recorded in Leeds, and this latest album, the second of the series, is a quarantine virtual concert from last year, and it is undoubtedly quite different. It showcases the heavy metal side of his career, and fans of the more guitar-centric material, especially fans of his early band, Strapping Young Lad, will love this.

The technicalities involved in filming and recording musicians playing live in various different cities in ‘green rooms’ and transposing them to a fantasy satellite stage in space must have been considerable, but it has been pulled off brilliantly. Devin commands the stage with manic aplomb, and it sounds for all the world like a proper live show, albeit without crowd noise. Our hero truly inhabits the songs he has created over the years; he doesn’t just perform them, he lives and breathes them, and gives everything despite not being able to feed off an audience. His assembled band play with energy, enthusiasm, and total precision. The show begins with Devin introducing the players, and then with an “Are you ready? ARE YOU READY?!” we rush headlong into All Hail the New Flesh, the first of many Strapping Young Lad songs, and it’s hard and heavy, and not a little sweary! One can’t help but imagine the troubled soul who wrote some of this stuff twenty or so years ago, but goodness me, it sounds great here. I’m getting something of the thrill of live music from just listening to this recording, and after such a long absence, it’s very welcome. Guitarist Wes Hauch I’ve not come across, but he seems to provide the necessary guitar crunch, whilst Liam Wilson (Dillinger Escape Plan) is excellent on bass. Drummer Samus Paulicelli III totally looks the part of your archetypal rock drummer, his long locks flying in all directions as he punishes his kit into submission.

Mentioning individual tracks seems a bit pointless, because they crash into each other with hardly a pause, and the whole show becomes a single visceral experience leaving the listener tired but happy. You get a chunk of Ziltoid magnificence with the sci-fi epic By Your Command, and the relentless mid-paced chug of March of the Poozers. During the latter, Townsend shouts “Look at this stage, epic beyond belief! And not the least bit green!” Hilarious, and typical of the banter he has with his virtual crowd. Other highlights include Juular, Stormbending, and the outstanding Strapping song Aftermath. There is just one selection from his last studio album Empath, and that’s Spirits Will Collide, and he closes the set out with the awesome Kingdom and the high octane romp of Detox.

I could go on, but the message is really that if you like Devin Townsend, particularly the more metal leaning music, this album is a must. The sound is amazing, and the whole concert rocks unbelievably considering it’s a virtual show. It comes as a CD/Bluray package, and I’ve not seen the entire show, so I’m just talking about the music, but what I have seen of the visuals is really impressive too. If you’ve got this far, you like Devin. You need to buy it. 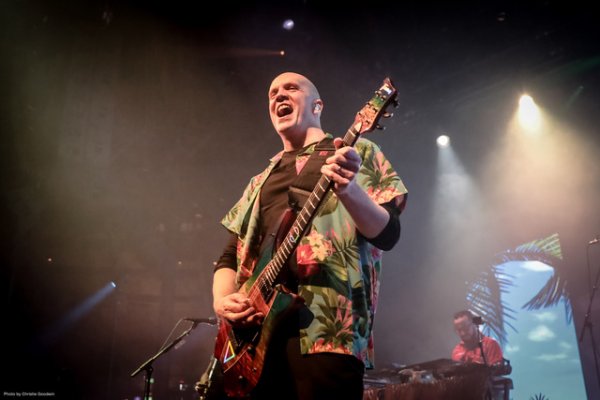