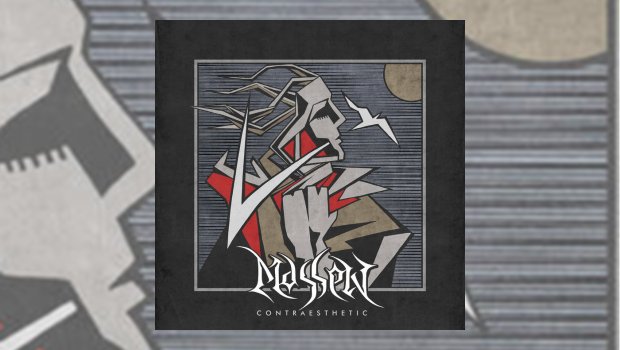 This is the third review I’ve written for a Belarusian band in as many weeks. My coming into contact with just one Belarusian band would be impressive, let alone three. While 75% of music broadcast by radio stations in Belarus each day must be Belarusian, at the same time the amount of rock music is limited, in favour of traditional music. This is just one of the problems for a band living in that country, and probably one of the least, given the poor record the country has for human rights. I have been aware of the troubles there since meeting a young Belarusian some fifteen years ago. Alexander Lukashenko has had the country under authoritarian rule since 1994, but the country’s plight rarely troubled Western media. Belarus made the news last year, after mass protests occurred following the “re-election” of Lukashenko. But that was soon forgotten, and Belarus probably didn’t feature again in people’s thoughts until the recent forced rerouting of a plane, in order for the regime to arrest a passenger.

Why am I mentioning all this in an album review? I certainly didn’t speak of it at all in the previous Belarusian reviews. Well, it’s all down to Bandcamp tags – often over-looked, but often revealing. One of the tags for this debut album from Massen is “violin of protest”. Anyone who has followed the Belarusian protests can’t fail to be moved by this. There are many symbols that have been adopted during the protests, from wearing white (for peace, and also for the white red white flag), to flowers (again, often white and red), to music. Simply Google ‘violin protest Belarus’ and you will find a multitude of stories, images and videos. If the band is going to give themselves this tag, then I am going to mention the need for protest. But now, onto the music…

As you will no doubt have guessed, ContrAesthetic features violin, and it’s beautifully played by Karalina Nasko (Kara), who is surely one of the greatest additions to the band – who were formerly known as Massenhinrichtung (initially as a solo project from multi-instrumentalist Aliaksandr Yermak) but have reinvented themselves, in music as much as in name. No longer straightforward pagan folk black metal, the music of Massen is more expansive and experimental, and this has resulted in an addictively engaging aural experience. The beauty is supplied by Kara’s violin and the clean vocals of Elvira Stselmashuk. Of course, mentioning clean vocals implies the presence of harsh vocals too, and they are here in force. With three male vocalists, in addition to Kara, the band is able to do a lot with the vocals, and it’s something I really like. The ability to blend the different vocals adds a lot to the band’s sound.

The album begins with the mostly instrumental The Depth, which is quite beautiful and reminiscent of the atmospheric music of, say, Anathema, than extreme metal. Mumbled spoken word comes in, and it all sounds quite folky, then the guitars become more strident and the music crescendos into heavier territory and harsh vocals – but the melody is never lost, until the very end when all that is left is angry screams. Cold Clouds crashes in, and it’s magnificent. The drums pound, the vocals are brutal, and we hear the first of Stselmashuk’s clean singing, and Kara’s violin. Now this is what the band are all about! Yes, there have been plenty of bands that mix black and death metal with folk, but they usually bore the pants off me. This is just glorious. And I absolutely love that the band sings in Belarusian. I have no idea what’s being sung, but I can hear the passion.

A Step to Silence brings in a crust-like punk attitude that plays over the top of some almost symphonic background playing that’s full of folk vigour. There’s some absolutely stunning shredding and Stselmashuk’s singing at the mid-point is simply sublime. There’s a neat breakdown with some nifty drumming, followed by a roar from hell, and then we’re back into it. The drumming is intense. Stselmashuk’s singing is impassioned. How do you follow that? By changing tack completely, with the acoustic introduction to By Water to the Sun. It’s a fantastically melodic break from the intensity that preceded it, and boy does it work. The drums give the song some meat, but apart from the drums, this is a pretty low-key affair until the last minute or so when it all kicks into a higher gear. Apart from one slight roar at the end, there’s not a hint of harsh vocals either.

But, of course, By Water to the Sun is the exception, and we’re back into the thick of things with The Flock of Whores. And if ever the “violin of protest” was in doubt, this is its moment. The violin is played throughout the album, but this song screams protest song, and the violin is absolutely integral to the protest. The Flock of Whores is an absolute stand-out track, and it came as no surprise to me to find it was the lead single for the album. Deservedly so, I would say. It’s a statement of intent, and one which is very hard to ignore. It sounds like one big, fat “fuck you!”, which is exactly what you want a protest song to sound like.

And with that, the album is almost over – with only the two-part ContrAesthetic left, the first part of which is another standout, and quite possibly my favourite on the album. This is a compact album, at only around half-an-hour, but honestly it’s so intense, that I’m not sure I would have wanted to hear too much more. If I have one criticism it’s not about the length but the mixing. The violin and vocals (particularly backing vocals) are often swallowed up in the mix, or drowned out by the wall of sound. But that aside, this is an absolutely fabulous mix of sounds and styles and it is hard to give an overall description. I guess that’s why the band went for the “avant-garde” tag. They’re certainly not as avant as most with that tag, but they are eclectic enough in their approach that it’s probably as good a label as any. There’s more than enough beauty to offset the brutality. The music is aggressive but diverse, and with a heck of a lot of hooks. And I am hooked. Big time.