Whilst the world health crisis has, amongst numerous other things, deprived musicians of the ability to tour, it has brought one benefit – time. Time to bring some projects to fruition which may not have been possible with hectic work schedules, and one such project is the much anticipated reactivation of the long dormant Liquid Tension Experiment. The first two LTE albums in 1998 and 1999 showed there was a certain chemistry at work when Dream Theater members and Tony Levin unite! Alright, back then, Rudess wasn’t yet a member of Dream Theater, but the LTE project convinced him to join eventually! Of course a lot of water has passed under the bridge in the last 22 years, not least Portnoy leaving the band he founded, making the prospect of a LTE reunion perhaps rather unlikely. However, Petrucci persuaded Portnoy to play on his recent solo album, and it seems any animosity has had time to evaporate. Once that album was complete, it seems finally that the stars were aligned and a couple of weeks studio time was booked to work on LTE3.

The question was whether, after such a long lay off, the creative spark would still exist between these four gifted musicians. Well, according to the band, when they first met up and started jamming, it was like a direct continuation from where they had left off. They would say that, wouldn’t they? However, having lived with this album for several weeks, I have to say you can hardly see the join! The chemistry is clearly there for all to hear. It’s the sound of spontaneity and empathy, and four guys having a blast. They follow the same format as previous albums, but that doesn’t mean tired repetition, as there is some inspirational music in this collection. They tend to compose from jams, but surprisingly little of the resultant music sounds like indulgent jamming. Jordan Rudess may have contributed to that in that he arrived armed with a few ideas and melodic suggestions which no doubt became incorporated into the finished pieces.

The opening track, Hypersonic is the most obviously over-the-top piece of frenetic ‘widdly’ on the record. The first couple of minutes sound like the band stirring up a hornet’s nest with their instruments, setting off at breakneck pace, each player exhibiting a furious precision and utter glee at playing together again. It’s an exhausting work out, and listeners might be forgiven for wondering if they could endure an hour of this pace. Well fortunately, these guys are far too bright to try to foist this level of mayhem on us for too long, and there is much subtlety and melody on display with the tracks which follow. Hypersonic is the band saying loud and proud “we’re back!”

Elsewhere, there are some really accessible and wonderfully melodic compositions to enjoy. Beating the Odds is hugely memorable, the lyrical keyboards and guitar parts making the lack of vocals irrelevant. Petrucci’s double-tracked guitar solo is joyful and tasteful, an exercise in power and restraint. Evidence of subtlety continues on Liquid Evolution, which has a distinctly Tibetan flavour, and is utterly charming. There are also two duets which are quite different but both wonderful. Levin and Portnoy give us Chris and Kevin’s Amazing Odyssey, an inventive improvised intermission on which Levin coaxes some wonderfully woozy sounds from his stick which roll and resonate whilst Portnoy provides quite restrained (for him!) drums and percussion which is given some complementary but subtle phasing. Rudess and Petrucci on the other hand give us Shades of Hope, an utterly beautiful song recorded in a single take. Piano and electric guitar with a melody which is sublime, and a sensitivity they might not be renowned for. It’s simply perfect.

These two duets sandwich the centrepiece, an outrageous arrangement of Gershwin’s Rhapsody in Blue. I know what you’re thinking, the world doesn’t need another rocked up classic! I was a but worried at first too, but give it a chance I say, because to my ears, this is fantastic. A couple of plays and I was totally won over. There’s a balance between respect for the original composition and playing about with its possibilities, and I think they get it just about right. Virtuosity without showboating, bombastic fun, humorous asides, and moments of splendid delicacy.

The band save the best for last, another lengthy work out which begins gently with piano before Portnoy and Levin weigh in with a Rush-like riff, the guitar and keys join and we’re off again on another romp. However, it’s not a jam fest, well not entirely. There are many composed elements to this piece giving it structure and scale, but of course there is ample opportunity for each band member to stretch out and leave their indelible mark. The musicianship scales improbable heights, and you are left in awe of their mastery, the whole piece hanging together so well it’s hard to believe it wasn’t written ahead of them entering the studio. The thirteen minutes fly by in seemingly half the time.

So there we have it, after an absence of more than two decades, these four guys carry on as if nothing had happened in the intervening years, the musical conversation they were in the middle of in 1999 continued without hesitation. Whatever the special spark is which ignites them, it is the stuff of magic, and is exactly the sort of pure entertainment we all need. 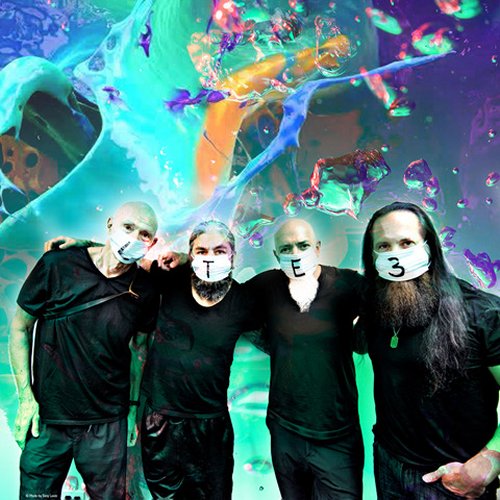