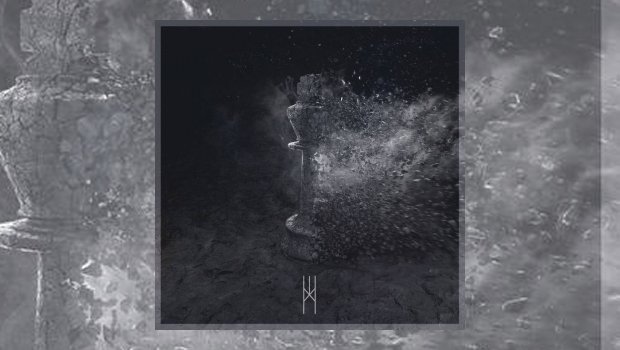 Crown – The End Of All Things

As seems to be the way with a lot of maturing extreme metal bands these days, French duo Crown have toned down the excesses and accentuated the texturing to come up with a work that can be readily enjoyed beyond their traditional fanbase. A dangerous road perhaps, risking the loss of the already converted, but plenty have shown that it’s possible, and if done properly the results can be stunning.

As they are here. I was previously unfamiliar with Crown, so after listening to this album I dipped back into their catalogue. You can see the roots of The End of All Things in the last few releases, but the earlier albums are much more visceral affairs. The press blub states that The End of All Things “is for Crown what Kid A was for Radiohead: an album that nobody was expecting”, and I can see where they’re coming from.

Crown are (currently) founding member Stéphane Azam, who has for many years been the sound engineer for French blackgaze pioneers Alcest, and David Husser, a sound engineer, producer and musician who has worked with Depeche Mode’s Alan Wilder, at Peter Gabriel’s Real World studio and toured as support to the mighty Rammstein.

The band’s early sound was “defined by hissing electronics, soaring heavy guitars and the absence of ‘real’ drums”. The End of All Things is a distinct evolution, “dark and moody; bleak and sublime; airy and crushing; mesmerizing and engrossing; bold yet unerring; strident, danceable and suffocating, all at the same time.” As Husser says, “I personally feel offended when a band just regurgitates their own ideas and delivers a copy of the previous album, over and again… I want to take risks and let myself in for adventures and ventures into new territories, otherwise it wouldn’t be art anymore.”

The biggest change here is with Stéphane’s vocals. They have almost entirely moved away from the screams and growling of previous records. His voice is the focal point here, a cool and detached presence, highly effective and almost soothing amid the rhythmic electronic swirl. Rather than using a number of guest vocalists as previously (there is only one here), David persuaded Stéphane to sing most of the vocals himself, so giving the album more coherence. The tone of Stéphane’s voice led to them having to find a way to give it the space it needed in the production: “It took us pretty long to find what we consider the right recipe to make it work”, and they have certainly succeeded.

There’s a sense of imminent threat to opener Violence, a slow industrial rhythm emerging with the low vocals, becoming more melodic as the piece progresses. Acoustic guitars are nicely integrated and it’s a full and interesting sound that steadily builds, more Depeche Mode than extreme metal. Neverland has more urgency on a throbbing bass. The intensity holds the warmth of the voice at its centre, a balance in the industrial thrum, guitar picking out a stark melody. Shades is the most metallic song so far, harsh guitars and sub-growled vocals, but that doesn’t tell the full story; the wordless chorus is a melodic counterpoint in the well realised electronic soundscape, punctuated by splashes of slashing guitar. The growling retreats in the second half to effectively shadow Stéphane’s regular singing voice.

Of Illumination, the album’s first single, Stéphane notes that it explores “the depths of inner self-destruction. Humanity as the great destroyer. Illumination is the darkness that is gradually invading our world and the heart of man, leading to his loss.” Heavy stuff. The pounding drums in a swirling electronic framework works well, the vocal again effectively detached from the surrounding intensity. Nails is a slower burn, spoken word from a first-hand account of traumatic events over a sparse backing. It transitions into thumping electronics with distorted guitar carrying the unsettling melody, an enigmatic choral section rising beautifully.

Gallow (does it do the same job in the singular?) is punchy modern metal with an effective double-tracked vocal, the electronics enveloping the central rhythm and melody giving an almost orchestral effect. The tracks are generally around four to five minutes, keeping the album moving. Extinction extends past six, rhythmic and pulsing, over which a stately synthscape is laid. The vocal is excellent here, adding a human edge to the bleak mood, rising into an uplifting sigh towards the end. Fleuve takes a different stance, leading with acoustic guitar, a strong vocal joining in a black-folk song of impending doom. Synths fill out the elegantly building sound, but the acoustic retains its footing throughout.

Firebearer is a rhythmic electronic pulse-fest, the chording piano at its heart the rock to which it is lashed. The sinister vocal gradually emerges as a crack of (almost) sunlit guitar breaks through. Utopia is the fitting finale, underpinned by the unexpected introduction of the distinctive voice of Swedish singer Karin Park. An effective conclusion that suggests the end of a journey through darkness.

Fair play, this is an excellent album, put together with skill and knowledge of how to achieve the best results. The use of atmosphere and texturing trumps tech-metal posturing every time for me, and this album is a good fit with the likes of Katatonia, whose later work I enjoy hugely. The duo allow space within the dense sound, making it all the more atmospheric, the detachment of the vocals the trump card, playing down the histrionics which might otherwise take over.

It’s dark and unremittingly unsettling, but it is not a difficult listen and anyone who enjoys metal with a forward-looking edge and plenty of atmosphere should enjoy this seriously interesting diversion.