19th March 1971. 50 years ago Jethro Tull released one of their – one of the – classic albums of the fledgling progressive rock movement, Aqualung.

Aqualung marked a significant point in Jethro Tull’s development and made them leaders of the progressive movement at that time. They became a major concert act and Aqualung went on to become their biggest selling album.

With the title track inspired by a photograph of a homeless man in South London, Aqualung was a hard-hitting social documentary dealing with everything from homelessness to trying to distinguish between religion and God. Widely regarded as a concept album by the critics of the day, the Jethro Tull frontman always denied that, just that there were unifying themes among certain songs.

I spoke to Ian recently and he gave me his thoughts about the Aqualung album, on the occasion of the 50th birthday, and about the early progressive movement.

“In a year or two it will be the 51st and 52nd anniversaries which, in a way are really more important because that was when it was really selling a lot, not straight out of the box.

“To begin with it did okay, but the thing that marked Aqualung, compared to all the other records – it wasn’t a sleeper but it was definitely a slow burn – the huge advantage of that record was that it spread over the next couple of years like a coronavirus. It was a musical pandemic throughout most of the world.

“Initially in Europe – Italy, Spain and the Catholic countries, oddly – it was most successful and, obviously, in the UK and in America it just gradually spread in popularity right across the country. So, I guess, by 1973 or 1974 it had clocked up a lot of sales and become, perhaps, the most-played Jethro Tull album.

“At the end of the nineties I asked EMI’s distribution for the sales figures from Aqualung and they totted all that up and it was 12 million, and that was a long time ago, of course, so you can assume we’ve sold a few more since then, albeit mostly in the digital download or streaming domains. On a world scale it did pretty well. It was not Dark Side of the Moon.

“I would describe Aqualung, even Stand Up in 1969 – as was Jethro Tull – as progressive rock music. That term first appeared in the music press, as far as I can recall, in 1969 and I remember thinking ‘I quite like that, I’ll have a bit of that. Progressive rock, that sounds like what I do.’ 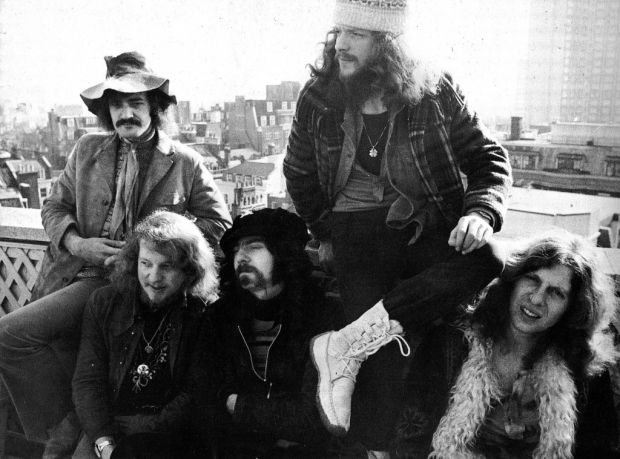 “It wasn’t called prog rock, it was called progressive rock. It was music embodying different stylistic elements and, sometimes, technical elements and performance terms that pushed it on from the mundane pop and rock music of the day. That was, very often, settled into convenient genres on the end of the hippie era. People were looking for something a little less cheesy, a little less paisley”, he laughs, “and so that’s what we and many other bands provided. By the time bands like Yes and Emerson, Lake and Palmer and King Crimson and the early Genesis were achieving that kind of success, I suppose that’s when it really established progressive rock and, as it became known, Prog Rock, in around 1972. That’s when it took on its most prolific confrontation with the musical universe. By 1974 or ’75 it was a dirty word.

“With the Aqualung album specifically it was, for the most part, what I consider my kind of song writing, lyrically speaking. It was a departure from coming up with lyrics to fit some musical riff, almost ‘What can I write about? What words will fit?’ and a degree of self-consciousness and, at times, embarrassment that might have been there in certain tracks in previous albums. By the time we got to Aqualung I was very confident about what I was writing as being, in large part, social documentary. It follows my interest in photography and in painting, I write about people in an environment, people on a stage, people populating a visual context.

“I’m not interested in close-up portraiture, I’m not interested in pure landscapes devoid of life or human life. I like to have people but to tell you something about them, the context in which they are. I don’t very often sing about my own emotion, although I often sing songs in the first person where I’m taking on the role of a character as if in a play or a movie. I’m singing with the voice of the principal character, although it doesn’t necessarily mean I’m telling you my own deep emotions or my own beliefs or opinions. I don’t see why it should, any more than when you go to watch (a movie).

“My son-in-law Andrew Lincoln was in The Walking Dead, you’re obviously not seeing the guy who comes round to walk the dogs or, as he did last night, send me another script to read!” Ian laughs. “Of course you don’t expect it to be the character you see on the screen and I don’t see why you should expect someone singing a song to necessarily be the character in the song. I think David Bowie and Alex Harvey and Bruce Springsteen would be able to give some credibility to that idea that you can be in that world of taking on a role, you don’t have to be showing your own personal emotions.

“Having said that, if you take on one extreme, the I/me heart-on-sleeve Alanis Morissette repertoire and on the other hand, Frank Zappa, who had to turn everything into a smutty joke and always criticise or mock other people… I can’t think of a Frank Zappa song where you think you are listening to him telling you about himself, he was very guarded, very private. I’m somewhere between those extremes but, I think, by-and-large I see things in a very visual way when it comes to putting words and music into the mix. It’s usually based on visual memories of things, experiences.

For those not able to join Ian Anderson for the livestream, he talked about the stories behind the album Aqualung and each track on the album: the writing, instrumentation and history is all explored in this 50th Anniversary special. This unique album playback was broadcast at 5:00 pm GMT on 19th March 2021 – you can still watch the livestream here: