The band Perfect Storm, hailing from the north of Holland, has just released an excellent debut album, entitled No Air. TPA’s Alex Driessen chats with some of the band members about this surprising new album – founder/guitarist Gert-Jan Schurer, keyboardist Ard Offers and singer/lyricist Hiske Oosterwijk answer the questions… 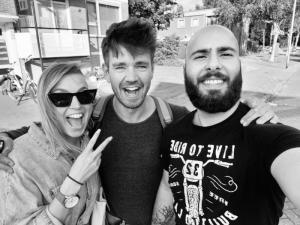 Some of our readers may not know you (yet). Tell us a bit about the origins of the band and its individual members.

Gert-Jan Schurer: Four years ago I started recording musical ideas that had been in my head for a while. After recording a few demo songs, I contacted keyboardist Ard Offers (of Galaxy) to start the project with him and to further develop these songs together. Later drummer Jesse Bosman (Town of Saints) and bass player David Klompmakers (View for a Day) were added to play the demos in a band setting. Checking what works out and what doesn’t, adjusting the demos again if necessary. Singers Hiske Oosterwijk (EVA) and Adel Saflou (Ambrotype) joined later, after the structure and most of the melodies of the songs had already been completed to a large extent. The different parts for the album have been recorded in various places. Once combined, all parts were then mixed by Niels Voskuil and mastered by Frans Vollink. Very happy with the end result.

Ard Offers: a long time ago, I played with Bart Schwertmann, Kayak’s current vocalist, in the band Galaxy. I have also been professionally involved with music and other people’s repertoire for quite a long time. But four years ago, Gert-Jan called me to get to work on some of his musical ideas, just at a time when I wanted to get serious again about my own material. We actually had a connection almost immediately. I suggested involving David Klompmakers, Gert-Jan came up with Jesse Bosman on drums. We come from very different angles and musical backgrounds, but that has always been very inspiring to me. That’s why it is very frustrating in the current situation, unfortunately, not to be able to actually do something together.

What are your musical influences and what music do you enjoy listening to?

Gert-Jan: My musical influences are very broad. What I find important is that there is depth, dynamics and atmosphere in music. I listen to electronic music such as techno but also to Pat Metheny or Steven Wilson.

Ard: My musical influences are also very broad. For me, everything starts (and ends) with the Beatles, but I also like Prince, Dream Theater, Muse, The 1975, Billie Eilish and Leprous. As long as there is something in there that excites, surprises or moves me. 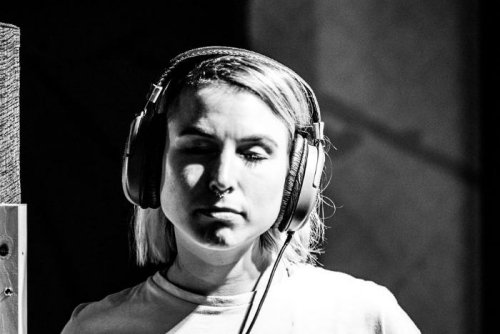 You recently released debut album No Air. Give us a brief overview: what are the themes, how did they originate?

Hiske Oosterwijk: The underlying theme of the album is relationships, in the broadest sense of the word. Love relationships, relating to yourself, to the world, to others, etc. The insecurities that go with it, fear. About hope we do or do not have and the search for it. About how we judge, forgive, let go and accept. All songs and lyrics tie in with this overall theme, which creates a whole. The music, although starting with fragments, ties in perfectly. The lyrics are specifically written with the music in mind. In addition, I would say that, with all compositions, the same kind of approach is continued in terms of vibe, in terms of harmony, melody and groove.

What are the lyrics on the new album about and who is the most important writer?

Hiske: I wrote most of the lyrics for this album. Two lyrics were already there, and I have adapted them here and there. The overarching theme of this album is, as previously mentioned, relationships, in the broadest sense of the word.
em>Strength is about the uncertainties we are confronted with and how to be strong enough to acknowledge and confront them, both with yourself and with the world.
The Search: Self-reflection/soul-searching. Have you drifted away from yourself or are you still there?
Sun for Life: Let go of the mind. Release old patterns and thoughts. When you are safe you no longer have to fight and resist.
Hope/Leap of Faith: Dare to hope, dare to be your own boss, dare to take the leap despite uncertainties or doubts, despite the voices in your head.
No Air: The relationship with yourself and the world. The feeling of drowning, being trapped, like nobody cares for you, loneliness. Wanting to escape, but the waves are too strong. Going against the flow is pointless.
Mind’s Eye is about judgment and prejudice.
How It Ends is about entering into a relationship with someone else, a loved one. Allowing someone into your soul completely and daring to be yourself completely. The question of whether that person dares to do the same with you.

For me, the revelation of No Air is your singer Adel Saflou. I read somewhere that he is a Syrian refugee who made the crossing to Europe, facing death. Is that correct and how on earth did you manage to find him?

Gert-Jan: Yes, that is correct. Adel is originally from Syria, has now lived in the Netherlands for about five years and has had quite a turbulent life. Despite his past, he is one of the most optimistic people I know. I’ve met Adel through our bass player David. Adel had approached David via Facebook to play in his own band Ambrotype. David shared a YouTube video of Adel and I immediately thought ‘Wow!’ 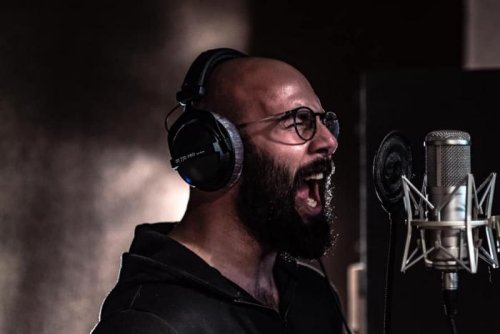 I am particularly impressed by the melodic approach of your music, how did that come about and who is responsible for it?

Gert-Jan: Nice to hear! Ard and I made up most of the melodies. The chord changes are often not standard and therefore neither are the melodies. We always try to find something original so that it sounds fresh and different.

Ard: Personally, I think it stems from the approach that the basis of any form of music – for me anyway – is a song. Whatever the idea for a song starts with, it can also be a rhythm or a bad-ass guitar riff, and however complex or drawn-out you want it to be, the basis for me is a melody that sticks. And we worked really hard on that. Sometimes it comes naturally (my vocal contribution for the demo of How it Ends was done within half an hour), and sometimes it’s just hard work.

Hopefully somewhere along the line theatres will re-open and we can once again enjoy live music. In that case, are there plans for touring or will you remain predominantly a studio band?

Gert-Jan: We plan to play live as well, we have already rehearsed quite a few times with a full band. Playing the record live in front of an audience would be absolutely amazing.

Ard: Touring would be ideal, and we are already tapping into those contacts, but for the time being – of course due to the Corona crisis – I would be happy if we could just play our album – without all kinds of restrictions – in front of a live audience. And that sometimes feels quite a long way from now.

Any plans for the (near) future?

Gert-Jan: Working on a live show and on new music anyway.

Ard: We hope that this CD will also arouse interest among record labels, to improve promotion and distribution. But also because it will bring us closer to touring as either main or support act. For the time being, we will – partly out of necessity, but also because it’s very exciting – also focus on our online activities to build an audience and network. There are no more boundaries, so there’s music fans from all over the world to be won over. 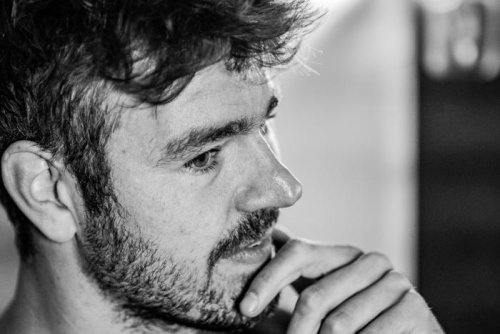 Finally, would you like to say something to the readers of The Progressive Aspect?

Gert-Jan: We started a crowdfunding campaign to reduce the album’s production costs somewhat. You would very much help us out by supporting us. Enjoy the album!

[You can read Alex’s review of No Air HERE.]