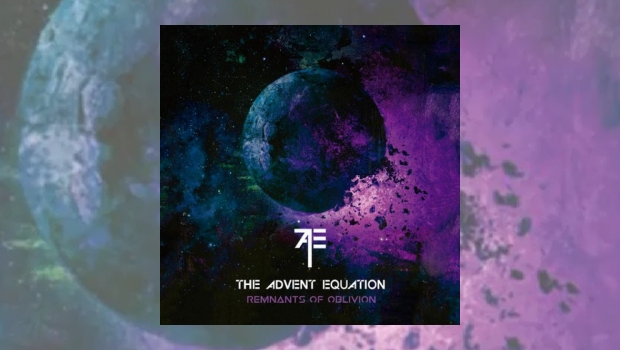 The Advent Equation – Remnants Of Oblivion

I made mention of Nación Progresiva’s nominees for the Latino Progressive Album of 2020 recently, as I realised I had heard of only two of the bands whose albums were up for the award, and had heard only the nominated album from one of those two. Now, as much as I like the winning album (Alpha Lighting System’s H+), I have a feeling it is the least interesting of those I’ve explored since. That’s no reflection on the quality of H+, so much as my preference for things a little left of the mainstream. In a way, it’s unsurprising that H+ was the winner, and it’s a deserved win as much as expected, because it’s a fantastic collection of music that will appeal to many. But I have to say I prefer the nominated albums from Astrolabe, Egregor, and now The Advent Equation. Remnants of Oblivion is the sophomore album from the Mexican band, and comes eight years after their debut. It’s a cracking concept album, with some wonderful tunes and outstanding vocals. I would guess that most people might make comparisons to Opeth, TesseracT, Gojira or Nevermore – to name just four groups of dissimilar enough sound to let you know that this band is not derivative of any other.

The album begins suitably with Ignition, which does what it says on the label, and ignites. It effectively works as a lengthy instrumental introduction to Patterns of Spiralling Reality, where we first hear the clean vocals of Margil Vallejo. I love the tone and timbre of his voice. “Spirality” – the condition of being spiral – and “reality” are almost interchangeable terms, according to Geoff Ward in his book Spirals: The Pattern of Existence. Maynard Keenan expressed similar in the song Lateralus. The idea is that consciousness, and not matter, is the ground of all existence, and it is in our DNA (for we are all made of stars), to be connected to a universal consciousness. But if you don’t want to get into the theory, it’s easy to ignore all that and get into the music! And, together with Ignition, it almost works as an overture for the album, pulling together what you will hear over the remainder. It’s no wonder it was released as the lead single. It’s a stellar track from a stellar album with a literally stellar concept. Heck, even the cover art seems to fit the concept.

I do have to admit, though, that the press kit makes no mention that I can find of there actually being a concept, let alone what it is. But it’s hard not to take Remnants of Obvlivion (the title track, which follows hot on the heels of Patterns of Spiralling Reality, and the album as a whole) as being reflective of Carl Sagan’s famous quote that “we are made of starstuff”, in title, in cover art, and in the titles of the rest of the tracks on the album. Or, I’m just pulling it all out of thin air. But within the highs and lows of the music, and the dynamics of heavy and melodic passages, there’s the sense of creation from destruction, and life from chaos – patterns of spiralling reality, and a reality of spiralling patterns. Between these two tracks, we get to hear the duality that The Advent Equation seems to so painstakingly set out to show us. A delicate balance of highs and lows, darkness and light, and the classic beauty and the beast model of melodic death metal.

Speaking of melodic death metal, the first harsh vocals of the album make their appearance on the title track. I do wonder if some fans of extreme metal will find the harsh vocals too sparsely utilised, but for me they are just right. When used in smaller amounts, they have far greater impact when they occur, and they are very tastefully done. They are also well enunciated (similar to Mikael Åkerfeldt) so that you can still understand what is being sung. The title track is a bit of a monster, and if it’s not already by the time this review is published, I would expect it to be released as a single at some. It’s followed quickly by Facing the Absolute, continuing the one constant cycle of death and rebirth that the lyrics remind us that we face in the absolute. In philosophical terms, the absolute is the sum of all being, actual and potential. But in astrophysical terms the album concept plays with, we are all part of that sum, and like all ‘starstuff’, all actual and potential.

This is made more overt in the lyrics for the ballad, An Eternal Moment. My favourite lines in this song are “In fire again, we’ll become, Regardless what we were before, So we find that to transcend is to ignite”. The song begins its own transcendence at this point and, yes, ignites. I’m generally not a fan of prog metal ballads, and often find them quite unlistenable – but not only is this not my least favourite track on the album, it’s an absolute banger. It takes a while to get going, but the slow-burn is worth it for the fiery climax. The wooden spoon in my affections actually goes to Balance Through Extinction, which (while still a good song), doesn’t really seem necessary to me. It doesn’t add a lot, if anything, to the overall concept of the album, and as much as I don’t like to skip songs, I often consider doing so with Balance. That I’ve not skipped it so far in all my many listenings of the album says a lot for the song, but I do wonder if the album might flow more fluidly without it.

And so we come to the epic of the album, split over two parts. The Creation Part I: Hypnos, and Part II: Thanatos, is simply stunning. Part I is the only track where I could really say The Advent Equation sound like another band, as they put on their best Opeth impression. But damnit, it’s absolutely beautiful and I can’t fault it. Actually, yes I can – it’s too short! The song is only just getting going, and I’m loving it, and suddenly we’re in Part II. The only reason I can see for the abbreviated feel of Part I is for timing purposes for a future vinyl release, as the album can be split fairly easily into two more or less equal halves that would equate to sides of an LP. If that’s the case, though, I wish they could have done without the somewhat redundant and uninspiring Balance Through Extinction, in order to give The Creation Part I more room.

But ignore my sour grapes, as I’m sure you will as soon as The Creation Part II hits – with force. I guess this is the Deliverance to Part I’s Damnation. And it’s firetrucking fantastic! What a way to end the album! If we take away my personal reservations about Balance Through Extinction (which I’m not arrogant enough to assume will be shared by many), there’s very little I could ask more of from Remnants of Oblivion. Every instrument is played with a virtuosity that is not just technical but organic. Too often the complexities of prog metal are too mechanical and not organic enough for me to enjoy them. Restraint is also something often sorely lacking in prog metal, with far too much wanking, and not enough nuance. No such worries for The Advent Equation, where every drum fill, every keyboard frill, every guitar and bass riff feel natural and needed. Basically, this is a top notch album, and I can’t wait to hear more. Maybe not eight years this time, boys? 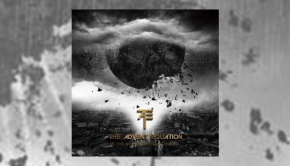