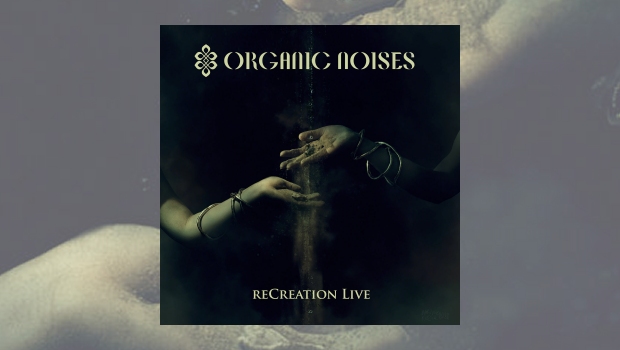 Released in the summer of 2019, Organic Noises’ eponymous debut album was an absolute stunner, an opinion which, a year and half later, shows no signs of diminishing. This Polish ensemble hit all the right notes, for me, with their intriguing combination of ancient and modern ethnic sounds, mixed together in an energetic, modern progressive format. Or as the band put it: “Our music is a creative combination of Eastern European and Armenian traditional themes with jazz, fusion, rock and progressive genres.”

reCreation Live was recorded early last year, shortly before the Covid apocalypse struck planet Earth. The concert captures the band live in front of an attentive and receptive audience at Klub Zascianek in Kraków, on the 22nd February if we want to be precise.

All matter of fact thus far, so… how do the band fair in the live environment? The concert opens with Yarkhushta, and the first thing that struck home was that Organic Noises omitted the wonderfully haunting Intro, which I would have considered to be an excellent opening. Also missing is the more orchestrated opening of Yarkhushta and here on reCreation Live the track, and concert, kicks in with solo, acoustic guitar tackling the intricate motif. Not what I expected at all, but impressive none the less. The band pick up the complex rhythms, adding in the labyrinthine themes – notably Joanna Chudyba’s violin and Zofia Trystuła-Hovhannisyan on reeds, immediately stamping authority on proceedings.

Initially, I found myself comparing this live version of Yarkhushta to the studio version and feeling a little deflated. Grossly unfair, I know, and perhaps a re-think was needed on my behalf. We shall return to this supposition later…

But before moving ahead a quick glance through the credits indicated that, with two omissions and one inclusion, the band remains the same. Reassuring indeed.

The familiar pizzicato strings and ‘folkier’ introduction of Erghen Diado brings an immediate smile. The interaction between Zofia (oboe) and Joanna Chudyba (violin) is magical. In fact, the whole arrangement is magical, taking the jazzier elements of the original and breathing new life into it, which is more suited to this intimate live environment.

Returning to 2019 and the track that initially attracted me to Organic Noise’s debut was the mystical Hoondz. Zofia’s superbly haunting duduk set against the oddly metered fiery rhythms sent shivers down the old vertebrae. Anticipation was therefore very high for this live version.

And now is possibly the right moment, then, to return to that earlier comment. Perhaps if the title of the album said ‘unplugged live’ I would have got it sooner. But there again, why should it? It’s not unplugged, just re-arranged versions for an intimate setting. Of course, there may be be an indicator in the album title “reCreation” live. 😉

Hoondz live focuses more on the haunting aspect of the original, and a superb re-working it is too. The intricacies are still present, but the overall flavour of the piece is atmospheric.

Whilst we are here with Hoondz, it did flag another ‘concern’ about reCreation Live, and often during the listening process for this review, I felt compelled to return to Organic Noises’ debut. One thing I was constantly reminded of, from their debut, was the contribution of keyboards player Karolina Wiercioch, who was so integral and truly shone throughout. So her absence from this live performance was a concern. Ultimately, and as wonderful as it might have been for her to be there, Organic Noises’ have so skilfully transformed the tracks that her absence is not detrimental.

And it is the band’s ability to effortlessly combine atmospherics and complexity on an ever-shifting musical landscape which so intrigues. Starting with Maciek Salus’ cyclical guitar, the beast that is Pozic Mamo is a prime example. The pounding rhythm section shines through here and the ever versatile Zofia not only plays the zurna, but also goes on to perform the intense vocal that concludes the song. Now, mindful that the concert is chock full of wonderful performances, and it would all be too easy to continue to highlight, I feel it might start to do the band a disservice. For what struck home most about this particular concert was the band’s interconnected, holistic approach – the re-working of Dle Yaman yet another prime example.

Breath is a new song, and I say song as it is one of the few times that Organic Noises employ vocals, the vast majority of their music being instrumental. Zofia steps away from the duduk and offers a fine vocal in this bright and breezy track. The middle instrumental initially brings guitarist Maciek Salus to the forefront, and a tremendous addition he is to the band’s line-up, whilst the remainder of the track sees the whole band bouncing off each other.

The uptempo Lorik closes out this all-too-brief live album. The infectious melody gradually gives way to allow brief solo sections from the band. The sort of thing that can be over-indulgent and tiresome, however each solo here is succinct, individual and doesn’t outstay its welcome. Only drummer Janek Rusin misses out…

If you missed the band’s debut album, I would certainly recommend you checking it out on Bandcamp. Oh… and while you’re there you might as well add reCreation Live! 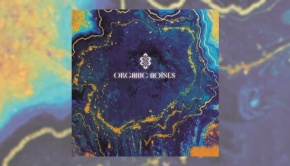