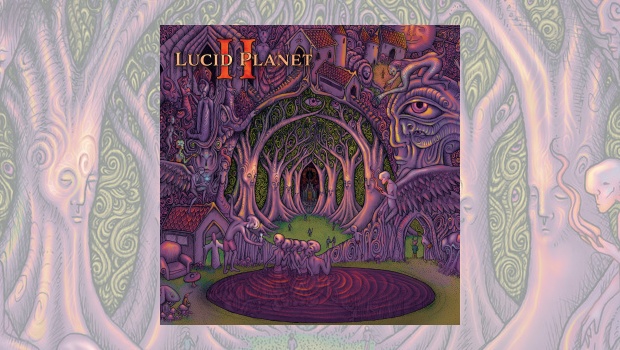 Lucid Planet’s second album, II, is quite simply the best prog metal album of the year. You can carry on reading if you like, but you’re basically wasting time that you could spend listening to this absolute belter of an album. For those uninitiated with the band, Lucid Planet is an Australian trio who play a heavy psychedelic brand of prog metal which is often compared to Tool. Now, I was expecting to like this new album, as I enjoyed the debut. But I wasn’t expecting to be blown away, and that’s what happened. Everything about II is bigger and better than what came before. The growth and evolution of the band is astounding. There is definitely no sophomore slump here!

Just in case there was any doubt, the band open II with the longest number on the album, Anamnesis. It takes almost a minute of almost ambient music that sounds both natural and unnatural, before the rhythm kicks in, and then the vocals. I absolutely love Luke Turner’s vocals. They’re dynamic and melodic, and so damn expressive. They contrast beautifully with the deep and sonorous bass and guitar riffs. Within the expanse of Anamnesis, we hear hints of much of the genre bending fusion of sounds that Lucid Planet play with. What makes II such a fresh and enjoyable listen is the way Lucid Planet integrate elements of psytrance, electronica and dub into their heavy psychedelic mix. Straightforward prog metal this is not, and even those who are not great lovers of that genre might still find a lot of enjoyment here. Although anamnesis can have a conventional medical meaning, it is also used when talking about an individual’s recollection of past lives. I’m fairly confident that Lucid Planet had the latter in mind, and this feeling is only reinforced as the album progresses, then brings us back to the present with the final track, Zenith.

Entrancement again begins with ambient sounds, but this time they sound completely natural – and ancient. The way the band uses chant and traditional instruments is incredibly effective, and when a primal mantra floats over them like the chant of some sort of malevolent shaman, it’s hair-raising. Jade Alice plays beauty to the beast, and when the two voices combine it has an eerie and almost unsettling effect that is strangely entrancing. There’s really not a lot to this song, and it goes to show that you don’t need to fill a song with complexity and technicality to make it great, and my only complaint is that it doesn’t segue into Organic Hard Drive in the way I wish it would. It’s like Tool’s Parabol and Parabola being unnecessarily distinct. I really love Organic Hard Drive, though, which hits like a trip, coming on hard, and then slowing down, before hitting an EDM groove at the halfway point that I’m sure surprised many a Lucid Planet listener. But it works! Boy does it work!

Although Organic Hard Drive does calm down in the final minutes, it takes Offer to truly take the edge off the rush. And this peaceful offering is actually another new sound for the band, more stripped down than they’ve ever been. What this really does, is show off just how great Luke Turner’s vocals are. And I love the dub sound, which works so well with heavier music. Trio and Blindspott are two other heavier bands who have utilised dub in their music, and Lucid Planet join them with Offer. While the song is relatively stripped back, it still crescendos, and the climax (if not as heavy or loud) is just as powerful as any other on the album. It also segues beautifully into On The Way (which only reminds me how much I want Entrancement into Organic Hard Drive.

Jade Alice is back for some harmony vocals, and it’s amazing how much of an impact they have. This may be a very strange comparison but On The Way reminds me a little of blackened folk metal bands like Sojourner, which is odd because they have nowhere near the same style or sound as Lucid Planet do here. And yet, On The Way has the same aural effect of feeling like an epic journey is being undertaken. The changing textures and metres only emphasise this imagery, as do the numerous sound effects. It reminds me a lot of scenes from the Lord of the Rings films, where Sam and Frodo are determinedly plodding onward. The feeling of movement is so strong, I almost feel like my legs are tired but the time the song ends!

Digital Ritual, which follows, feels like the opposite of Entrancement. If that were natural and ancient, Digital Ritual is inorganic and modern. The dub on this track borders on dubstep, which is another glorious experiment from Lucid Planet that works remarkably well. The symphonic element that appears provides a very strange contrast to the bubbling sounds of electronica that surround it. It makes a nice lead in to Face The Sun, which uses the stereotypical Egyptian melody (you’ll know it when you hear it, if you’re not sure what I’m talking about) in a more modern musical setting, providing the same contrast of old and new that was introduced in Digital Ritual, though the older feels like it begins to take more precedence as the song progresses. By the time the bridge hits, Face The Sun marches on like On The Way before it, but this time on camels in a desert, rather than hobbits on a mountain top.

Face The Sun leads straight into Zenith, as we come to the end of an album that’s taken us from A to Z. Despite being only the third longest song on the album, Zenith actually feels the most epic – which is entirely appropriate for a closing number. Almost everything that has come before coalesces into one glorious whole, which seems full of optimistic realisation, rather than resolution. Zenith concludes the album with the feeling (to me, at least) that the trips and journeys undertaken to reach this point may be over, but not fully resolved. We have reached the zenith, the highest observation point possible, and the story is passed on to us, the listeners. Where it takes us from here is up to us. 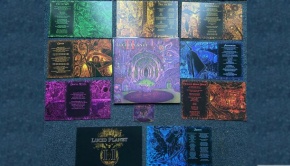