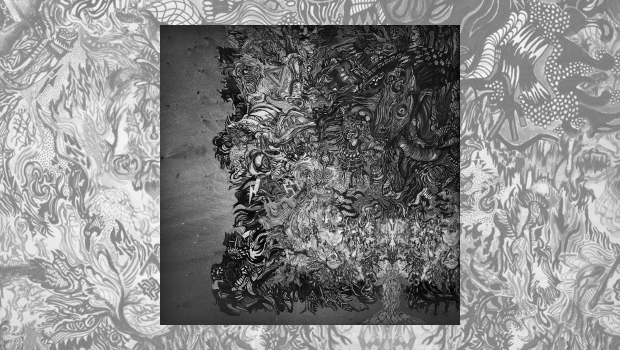 I admit it. I was ready to be underwhelmed by Powerclashing Maximalism. It might be the third album from the band, but I’d never heard of Autocatalytica, so had no idea about the diversity of their sound, and though I had no problem with the heaviness of the music, when the vocals first came in after a minute of opening number Borndun, my heart fell. I’ve never been a fan of harsh vocals, and as the track carried on I feared that it might be a whole of album of this, which would be more than I could stomach. There was a brief reprieve, as clean vocals came in, but I could still hear this becoming tiresome…

And then, everything changed, and suddenly we are in territory closer to the prog-pop of bands like 22 and Maraton, closely followed by some jazzy notes, before heading back into heavier territory. What’s more, every shift, despite how unexpected it might be, was fluid and natural. My interest was immediately piqued, and from this moment on, the harsh vocals were merely one more ingredient in an eccentric and eclectic mix. Autocatalytica are grindcoretechdeathartpopjazzfusionavantgardemathmetal. I have no idea what they are actually, but they’re damn good at it!

Borndun is probably my least favourite track, too, so the album just gets better from there. Zippler adds a Mars Volta vibe to the already crowded mix of Enslaved, Meshuggah, Protest The Hero, and the aforementioned 22 and Maraton. And that’s just a start. Parts are positively Beatle-esque or reminiscent of Queen. The mastermind behind the band, Eric Thorfinnson, has said that the album “is an expression of the many different facets of progressive and heavy music I am engaging at this point in my life, with little to no regard for thematic consistency between tracks.” Those different facets can appear in just one song, so every movement reveals new reflections and refractions, and the whole is a flawless gem cut to perfection.

But if the first three tracks are all quite varied, yet all quite heavy, then Cheggo changes tack completely. While there is undoubtedly an undercurrent of jazz throughout the album, this track is the most overly jazz fusion based, and it’s a bit of a banger! The final minute or so is sublime. It’s at this point that I realise that the album has started with its most violent number, and has been dialling back the intensity ever since. It’s an interesting choice to make, and definitely doesn’t lull you gently into the action, so much as beat you over the head and kick you while you’re down. But battered and bleeding on the ground is perhaps the perfect place to listen to the remainder of the album. Some of the quieter moments are quite uplifting, so in a way Thorfinnson helps us back to our feet, after flooring us.

So if we use the analogy of a bonfire, Powerclashing Maximalism burns brightly, and slowly dulls to glowing embers. But the heat remains, and there are still intense and incendiary moments. At the beginning of the album, if there are moments that are not bursting with brutality, you know that it’s merely a lull within the storm, and a battery of pain will be coming back very soon. As the album progresses, the storm has largely passed, so the expectation of sheer heaviness is no longer there. The first real respite from the sturm und drang comes with the gloriously named Bananas Have Potassium. The vocals of Amy Beth Anders on penultimate track Crawboi provide the most beautiful moment of the album. It’s incredible to think this song exists on the same album as Borndun. Beauty and the beast, indeed. This is probably my favourite song on the album, and there’s still an awful lot going on in it.

The revolving list of collaborators no doubt helps add to the variety, but it also shows once more how Thorfinnson manages to keep to his vision. I’ve heard too many albums with multiple collaborators that just sound a mess. If Autocatalytica is the “bubbling cauldron of scatter-brained prog-metal insanity” Thorfinnson describes it as, then the contributions of his collaborators are added to the cauldron in perfectly measured quantities. The cross-pollination of various sounds pushes boundaries, bewilders, and enchants in equal measures. But by Crawboi, I’m almost beginning to forget that this is a prog metal album. Oh, there we go, my reminder has just arrived! It’s another quite unexpected treat, and my favourite use of harsh vocals on the album. Wow!

Just as the album began with ferocity and noise, it bows out in tranquillity and quiet. Graveo is a beautiful acoustic instrumental, and a lot of its beauty comes in its simplicity. After all the technical intensity and wizardry, and all the constant changes of previous tracks, Autocatalytica plays it straight, it’s a wonderful end to a wonderful album. I could never have guessed at the start how much I would love it by the end. Every song is a rollercoaster of unexpected delights, none of which sound out of place, no matter how disparate. It’s crazy how well this works, and how well it flows. Actually, it’s just crazy. But I like crazy, so I like this. This album isn’t for the faint of heart, but will definitely reward intrepid explorers.