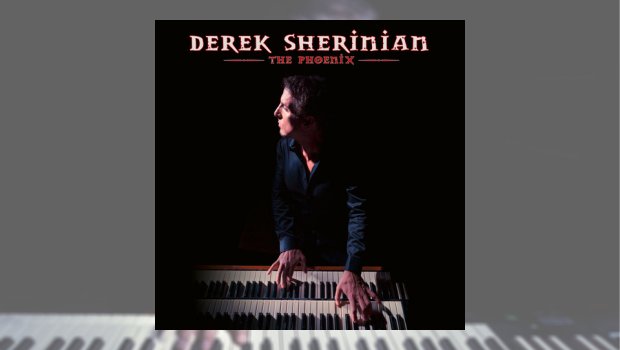 Derek Sherinian probably became well known to many of us during his stint in Dream Theater, and more recently for his keyboard skills in Black Country Communion and his current outfit Sons of Apollo. Whereas he seemed somewhat under utilised in Black Country Communion, Sons of Apollo allows him to express himself, but perhaps not quite fully, as he has felt the time right to record a new solo album, his first for several years.

As in previous solo outings, his main creative partner in the project is the supremely talented Simon Phillips. Unsurprisingly, given the pair’s history, there is a jazz fusion vibe from the outset, but although there is a recognisable feel to the flow of these tracks, there is a welcome diversity of styles throughout the set which holds the attention through the 45 minutes. There seems to be a bit of a tendency these days to record albums at around the length of a vinyl album, and to be honest, it’s no bad thing. Better 45 minutes of quality than an extra 25 minutes of filler, and there’s no filler here.

The core duo are augmented by an array of guitarists and bass players who will hardly need any introduction, and they bring their own flair to each song. The title track opens proceedings at a gallop, and the presence of Billy Sheehan is immediately obvious. This piece is a turbo-charged work out, and Billy’s playing brings Mr Big to mind. It’s an energetic start, and a belter to boot, but not typical of the album overall. This is perhaps as well, else the listener might require a ventilator before the album was over.

Empyrean Sky has a more laid-back jazz style. Although each song allows room for all the musicians to explore their muse as they see fit, they are fully fledged songs with melody and structure, so not merely an excuse for a jam, and it is obvious that Sherinian and Phillips work well together on writing as well as playing. The one song which the pair didn’t write is a lovely cover of Buddy Miles’ Them Changes. It is also the only song with vocals, sung by Joe Bonamassa who turns in a great performance, along with a superb guitar solo. Following Bonamassa’s lead, Sherinian plays an inspired organ solo, and this track is a definite highlight with a very ‘live’ atmosphere.

Sherinian plays a fair number of keyboards, as you’d expect, each chosen to fit the mood of the piece. Dragonfly is piano driven, and really shows how good a player he is, with subtlety and depth to at least match the flash widdly keys elsewhere. Similarly, Phillips’ drumming is spot on throughout, with great finesse and a lightness of touch which is a delight to listen to.

Final track Pesadelo was co-written with Kiko Loureiro (Megadeth), and maybe surprisingly has some delicate acoustic guitar work contrasting with the more metallic riffing closing section, providing a suitably impressive close to the album. The first few times I played this record, I got to this point and just pressed repeat, which simply reiterates the point that the album leaves you wanting more, and I wish all albums did that. These sort of projects can very easily become self-indulgent and dull affairs, but that is emphatically not the case with The Phoenix, another fine release in a year already full of great new music. 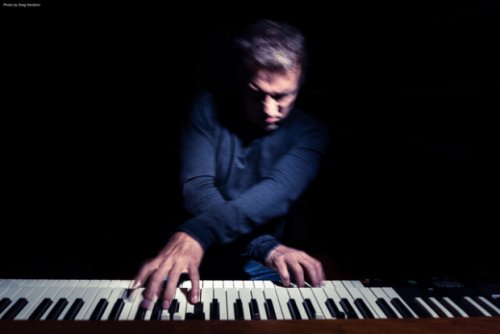