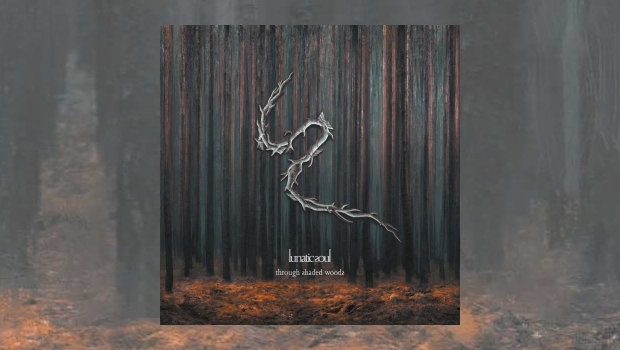 In 2008, Mariusz Duda of the outstanding Polish progressive rock band Riverside released the first Lunatic Soul album, and this remarkable side project has taken on a life of its own. Twelve years later he is releasing the latest Lunatic Soul album, Through Shaded Woods, taking the project deep into the proverbial forests in a change in direction. Lunatic Soul albums are in a totally different world to Riverside, allowing Duda to explore areas of music and themes not usually covered by his main band. Anyone expecting the expansive progressive rock landscapes of Riverside will have been surprised by the sonic styles of the previous six Lunatic Soul projects, and even within the Lunatic Soul universe there is great variation between albums.

Lunatic Soul’s preceding album, the excellent Under a Fragmented Sky, was an innovative album of vocal experiments and subtle electronica imbued with emotion. Typically, Mariusz Duda has decided to go in a completely different direction for Through Shaded Woods. As he has recently shared in an interview with The Progressive Aspect:

“Right from the beginning I was inspired by bands like Dead Can Dance, early Mike Oldfield albums, Passion by Peter Gabriel and Clannad. So everywhere there is this folk background. I wanted to focus more on my own folk backgrounds which are more Slavic or Slavonic. Lunatic Soul was formed mostly because of the influence of those artists. I always wanted to play that kind of music… I just wanted to finally do something which has this Folk flavour from the beginning to the end, especially as it was connected with the forest.”

Therefore, it seems Lunatic Soul are taking us deep into the musical woods with far more of a folk influence, the emphasis on organic sounds rather than electronica and rock.  Navvie immediately plunges us into an insistent wave of furiously strummed acoustic guitars with a hypnotic beat and occasional accordion sounds. The sense of entering a mysterious, mystical world is enhanced by Duda’s wordless shamanistic chants – one could easily imagine druidic dancing as it sweeps along to a sudden conclusion. For a song based on acoustic guitars, this actually really rather rocks! The Passage carries on in a similar manner with folk driven acoustic guitar power (or it may be piccolo bass?) with an epic, resonant sound as Duda repeatedly chants: “Need to find the passage to the light, to revive…”

The song takes a darker turn as chopped riffs, insistent hypnotic drumming and synths are punctuated with massed chants and peculiar vocalisations. It really feels like we’re deep in the woods now, but ultimately this is an album of hope and one of Mariusz Duda’s most positive albums. In the recent TPA interview he explained the main theme behind the entire Lunatic Soul project:

Through Shaded Woods is very definitely on the organic side of the concept, and it’s interesting that an album associated with death is characterised with positive and organic sounds – for Duda there is a fluidity between Life and Death in which the main protagonist can transition between Life and Death, being revived or reborn. When one thinks of the natural cycle of Spring, Summer, Autumn, Winter… and then Spring again, that is not really a strange concept. Similarly, resurrection/reincarnation are concepts common in world religions.

The album’s title track has an almost medieval feel, a manic troubadour-like strumming over the thuds of a bass drum and monk-like vocalisations. That sounds almost corny – trust me, it’s not. This is not fay ‘Robin Hood’-type music – it’s multi-layered and builds with tension, and the distorted almost reptilian vocals later in the song are chilling as Mariusz sings darkly about “Warm breath of fear, Lycanthropic smile”, and as the song fades atmospherically you can hear someone walking through the fallen leaves of a forest.

The musical and conceptual zenith of the album is the nearly ten-minute Summoning Dance, which is also Mariusz’s favourite song from the album: “It encompasses all the elements that you can find on the album. All these contrasts and connections with Lunatic Soul ballads that transforms into something more complex.” This is a magnificent and joyous song which opens with a gentle glimmering pool of acoustic guitars and dreamy vocals from Mariusz:

The tempo and volume increases, embroidered with bright splashes of piano, as this song of positivity rolls along infectiously. The ritual-like song picks up fervour and power, throbbing and pulsing with acoustic guitars reinforced with crisp electric guitars and basses, hypnotic drumming and chanting. There is an intoxicating insistence in its relentless repetition and layering with a palpable sense that spirits are being summoned, with the main protagonist being urged to break out and dance with life:

Summoning Dance is the highlight of the album and most characterises the aspirations Mariusz wanted to bring to the album, and indeed the whole project. He clearly expresses his whole manifesto for Through Shaded Woods thus:

“I am mainly associated with progressive rock… but to be honest, I really and truly love monotonous rhythm, pulse, trance. I love electronic music where sounds pulsate, suspended in the beat; the work of Tangerine Dream is extremely close to my heart, as well as more modern bands like Solar Fields or Aes Dana. I absolutely love shamanic, ritual trance music from artists like the Swedish band Hedningarna… I have always wanted to find a band that plays such ‘music from a forest’, and Lunatic Soul was created mainly so I could make exactly this sort of sounds… But I only understood it on the seventh album.”

Through Shaded Woods is Mariusz’s most clearly realised vision of his much loved rhythmic, trance-like musical influences, combined with folk. It is also his most personal album in terms of how it reflects his Polish identity. In our interview, Mariusz explained that Riverside seeks to express universally held emotions within a progressive rock style, and that Lunatic Soul has often followed the more electronic, pulsating patterns of his early musical heroes – but he has never really found a way to reflect his Polish roots in Slavic/Slavonic folk from his early days in rural North East Poland… until now. This is an album with a very real organic feel, with largely non-electronic instruments, but this is fused with Mariusz’s unmistakable ability to frame them within fascinating, driven rhythms and memorable insistent or beguiling melodies.

The main album concludes with the gorgeous shimmering release of The Fountain, borne on a soft pillow of acoustic guitars, piano and Mariusz’s lovely, yearning voice. Subtle, psychedelic feedback faintly echoes in the background. Musical light breaks through the trees onto The Fountain with piano and a synth backing as he sweetly sings:

“Silence breaks apart,
Brightness comes to Life.
Stream of sounds,
Wash away the darkness from my soul.”

The song and album fades away elegiacally on a lovely, melancholic piano coda – Mariusz certainly knows how to touch the soul with a simple melody. It’s a beautiful ending to a delightful album.

In addition to the main album, some listeners may be interested in whether the deluxe 2CD edition is worth getting with it’s three extra tracks, including a 27 minute epic, Transitions II. Well, the simple album is an emphatic: YES!

The first two tracks can stand alone as good quality songs, but it is understandable why they did not fit the feel of the main album. Vyraj is very much in the vein of the more insistent opening tracks from the main album which is territory that’s well covered. The chopped riffs and drive of Hylophobia sounds like it would fit in very well on a Riverside album, but not the main album here. However, the undoubted attraction of the bonus disc on the deluxe edition is the epic soundscapes of Transitions II. This lengthy piece really gives Mariusz space to develop the musical themes in a series of intertwined sections, including an enchanting passage of xylophones and other percussion on a quietly undulating bass foundation, amongst other fascinating excursions in sounds. This magnificent piece fades out wistfully on an echo of the peculiar layered vocalisations heard at the start of the opening song He Av En on previous Lunatic Soul album Under a Fragmented Sky. It’s a wonderful piece of music, almost impossible to describe. If you can, just get it – if you cannot, the main album is still very much worth it.

Through Shaded Woods is an organic work suffused with hypnotic rhythms and captivating melodies, taking us on a journey coming through darkness and being revived. In a year full of sadness and fear it is perhaps timely that Mariusz Duda brings us his most optimistic Lunatic Soul album, imbued with a sense of rebirth and hope… and we all need a bit of that right now, don’t we?

[You can read Leo’s interview with Mariusz Duda HERE] 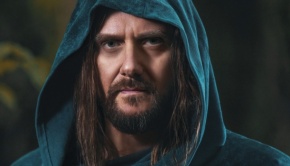 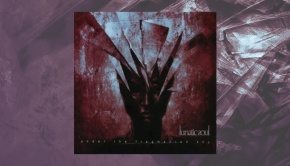 Lunatic Soul – Under The Fragmented Sky → 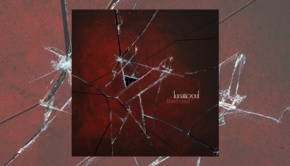