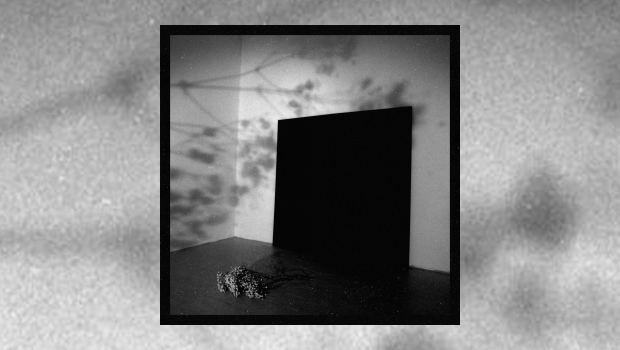 Though quite local to me, Kulk somehow passed me by, until a friend posted a link to their debut album on his Facebook page. And, wow! This is a band that I’d expect to find on Rocket, and to know all about, because of the impact the sheer amount of noise this duo create. Sounding like some kind of sinister mix of The Melvins, Pigs, Pigs, Pigs, Pigs, Pigs, Pigs, Pigs, and Goblin (yes, that Goblin), this is a wonderful DIY wall of raw sound and atmosphere. So much so, it’s almost hard to believe that it’s all from just two people, Thom Longdin (guitar and vocals) and Jade-Ashleigh Squires (drums and synths). And I bet they’re even louder in a live setting. (I say, based upon my experience of New Zealand trio, High Dependency Unit, who Kulk also remind of at times, and who remain the loudest band I have ever experienced live.)

Now, I have no idea if Longdin or Squires are familiar with the soundtracks of Italian band Goblin, but I find it hard to believe they are not. If you don’t believe me, take a listen to Kulk’s album and then, for example, Goblin’s Suspiria. Kulk may be far rawer and less polished, but there is the same sense of psychedelic horror, threat and malice in their music. Both albums mine the same aesthetic, and both reveal music that it is somehow contradictorily uneasy and unsettling, yet enjoyable and exciting. Maybe add some of the early psych sounds of The Fierce and The Dead, to the even earlier psych sounds of Goblin, and you have something already intriguing and well worth a listen. Now dump a whole heap of fuzz and doom on top, and you might be starting to penetrate the multitude of influences that seem to make up Kulk, who may reveal these, but never sound like them. Melvins will probably be who most people gravitate towards, if forced to make a comparison, but Kulk don’t really sound like them either. An influence, for sure, but that’s all. And who knows just how diverse the influences are. Based on their cover of Harvest Moon, shall we add Neil Young to the list?

The music of Kulk might be described as crude, raw and rudimentary, but it really works in their favour. This is easily some of the most interesting noise rock I’ve heard this year, or ever. The waves of heavy guitar riffs, and ominously droning synths, feel like a force of nature – like actual waves (by which I mean the towering walls of water than pound one into submission that I know from the beaches in my homeland, rather than the timid ripples that surround so much of the UK, and definitely the Suffolk coastline). Sometimes, and with remarkable good timing, now is one of those, it feels good to be bludgeoned by music. It’s not all loud, though – because you don’t always need to be loud to be heavy – and this is why in my introductory paragraph I mentioned a wall of sound AND atmosphere. There are many quieter passages within Kulk’s music, that are just as heavy as their loudest moments. And the dynamics only serve to heighten the impact of each, and the feeling of the music coming in waves. After being rolled in the surf, and dumped unceremoniously into the sea floor, there’s time to find a way back to the surface and prepare yourself for the next assault.

Kulk offer refreshingly few tags on their Bandcamp page in relation to their sound. Too often, bands offer too many tags in the hope of attracting as many punters as possible. The use of the tag art says it all for me. This is music that relies on aesthetics and atmosphere. It’s almost visual, despite being aural. That might seem to make no sense, but if you listen, you might begin to understand where I am coming from. It would not surprise me to find that either or both Longdin or Squire are visual artists, as well as musical. In my hometown, in New Zealand, the local art gallery would sometimes host gigs. Kulk is the sort of band whose music I would love to hear in an art gallery. Often there is an artificial separation of the arts. Creativity need not be restrained to one medium, and some of my favourite musical artists are also accomplished photographers, writers, actors, etc. Here Lies Kulk strikes me as a band that would think similarly.

The only element I’m not totally enamoured by are the vocals of Longdin, but that’s just a personal preference, and definitely won’t put off most people who like this style (or, perhaps, rather, these styles) of music. Heck, they don’t even come close to putting me off. I’m not a great fan of the vocals, but the music more than makes up for that for me. And I so want to see and hear this band live. I mentioned Rocket earlier, and PigsX7, but I think I could add fellow Rocket bands Kooba Tercu and Teeth of the Sea. They all create a cacophony of sounds that could as easily horrify as engage. Kooba Tercu has kinks with Casual Nun, and you could make comparisons with that band, too. Ultimately, though, I feel any comparisons are merely grasping at straws. I mention them only because sometimes people pay no attention to reviews apart from the “sounds like” aspect.

I’ve managed to write a whole review without really revealing anything about the sound of Here Lies Kulk, but that’s fine with me, and I hope it’s fine with the band too. Just go out and give it a listen. If you’re adventurous, you won’t be disappointed. Just. Blooming. Marvellous.