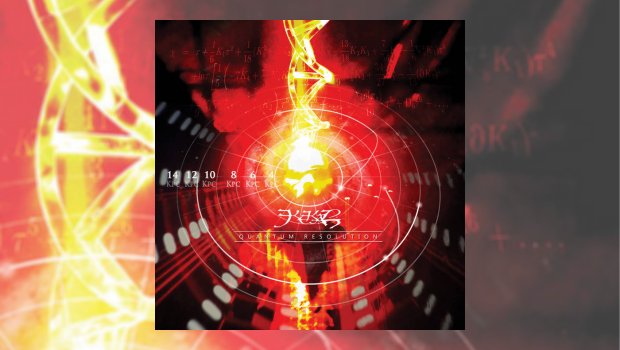 When it comes to music from Indonesia, almost the entirety of what I listen to tends towards jazz, thanks to the wonderful MoonJune label. There are two exceptions to this, both of which are black metal – Pure Wrath and Kekal. Kekal, however, are far from conventional black metal. While there are definitely recognisable tropes from that genre in their music, there is so much more. There is electronica, pop, jazz, trip hop, industrial, ambient and psychedelia. Perhaps even the kitchen sink.

While the band clearly has influences from extreme metal, within their music I hear sounds that may indicate other influences from such diverse artists as Aphex Twin, Atrox, Autechre, Black Sabbath, Miles Davis, Depeche Mode, Duran Duran, Jesus Jones, Kayo Dot, The Mars Volta, Massive Attack, Portishead, The Prodigy, Skinny Puppy, Tangerine Dream and Ulver. Whether any of these are influences, I actually have no idea. Honestly, there’s so much going on in the music of Kekal – almost to the point where it could overwhelm more casual listeners. The band claims to utilise an “avant-garde and alternative approach to various expressions of rock, metal and electronic music”, and it would be very hard to argue with that description. One obvious benefit of having such a wide range in influence benefits is that Kekal could never feels like an imitation of any band.

This is almost exacerbated by the anarchistic nature of the band. Since 2009, there have been no official members, and any contributions are anonymous. I emailed the band to check this before completing my review, and had it confirmed that Kekal is “an institution without official members, with all works voluntarily contributive in nature. The reason is that Kekal practices the philosophy of Anarchism, which translates to non-hierarchical and anti-authoritarian approach to self-governing/self-managing. The key is voluntary contribution and free association. Voluntary contribution has been utilized in Kekal since the beginning of the band as there was never any assignment of roles on who does what during recording. All band members (at that time) chose to play any instrument and/or vocals as they felt fit, in order to achieve better musical output. This extends more during the present, zero-member status of the band, in which anonymity is being put at the forefront, and Kekal becomes the purer channel of expression.” So there you have it…

The album begins with a slightly foreboding electronic soundscape, before phasing into a dub rock song sound, interspersed with occasional black metal maelstroms, and a chilled out ambient dub bridge. It’s definitely a great introduction to some of the many sounds of Kekal for the non-imitated, and will either ingratiate or scare them away. Quiet Eye ends anything but quietly, and we’re straight into the almost high-tempo Black Sabbath sound that introduces Spiritual Anarchism. The harsh vocals fall away at around the second moment, as an angelic chorus effect appears over the top of the militaristic beat that continues to pound relentlessly. I’m a great fan of the clean vocals (far more than the harsh vocals), but I can’t fault the way that the harsh vocals bookend this track. There’s also some relief for my ears with the electronic bleeps and bloops of the last minute of this track.

Inward Journey sounds caught between meditation and procession, almost reminiscent of Joy Division. Breaking up this sound, are electronic pop passages, and some delightful female vocals appear during one of these, before being pummelled away by the dirty riffs and rolls of guitar and drums. The song at this point reminds me a little of the electro-industrial “schizo-metal” (their own term) of Atrox, chugging away under the relaxed vocal stylings. It’s followed by The Sleep System, which reminds me a little of the music of Violent Attitude If Noticed, and is remarkably melodic for Kekal, even with the addition of some black metal drumming towards the end. Amusingly, there are clean vocals over the black metal drumming, and harsh vocals over jazz drumming. It’s a nice touch.

Testimony is like listening to Jesus Jones and The Prodigy battling hip-hop style over a dub beat, and sounds far more impressive than that description. I love this track. It makes for an absolutely awesome contrast, too, with the following (aptly titled) Driven. Driven feels almost like the opposite of The Sleep System, so it makes sense to me that they are separated by Testimony, which flits between chilled and chaotic – approximately matching the moods of the songs either side of it. Whether intended or not, this triptych of songs is particularly enjoyable. Unfortunately, although the best is yet to come, it doesn’t immediately follow.

Zoe is probably the only song that doesn’t really resonate with me, and hasn’t grown on me over the many times I’ve listened to this album since receiving it for review. I think it’s just too conventional, relative to the rest of the album. It’s not, in itself, a bad song, but it fares badly compared with the more out there nature of Kekal’s “normal” sounds. I far prefer the following Hidden No More, which is one of my favourite songs on the album, and the beginning of my favourite sequence of tracks here. Again, there’s a Jesus Jones feel (circa their Perverse album) in the earlier part of the song, which I love. The vocals are well back in the mix, and so when the change hits, and they’re pushed forward and to the front, it has a great effect. The song becomes far more energetic, with harsh vocals and some nifty guitar work, before it all falls away into an extended ambient rhythmic section . A repetitive melody chimes in, then the vocals return, and the song meanders to an end.

Apocalypse: Quantum Resolution is, I guess, effectively the title track, so I was expecting it to be impressive, and I was not disappointed. This is without doubt my favourite track on the album, and no other comes close to the enjoyment this song give me. I find the song to be remarkably reminiscent of Duran Duran, despite being far heavier than anything that band has ever created. Like Quiet Eye, which began the album, there are a great number of changes in style in Apocalypse, but they are all pulled off with aplomb. Nothing ever feels forced or out of place. There’s a real jazzy feel to much of this song, too, which as a fan of jazz, I love.

The final track, Pneumatic Union, is almost four-and-a-half minutes of almost instrumental aural bliss. The sparse, spoken vocals wash over almost subliminally. The album ends almost without me realising it, so calming are the final moments. If I have just one criticism of Quantum Revolution, it’s that the great moments are so great, I am left wanting more of those more avant-garde passages. Kekal are best when they embrace their eclecticism, and the more conventional their songs, the less appealing I find them.