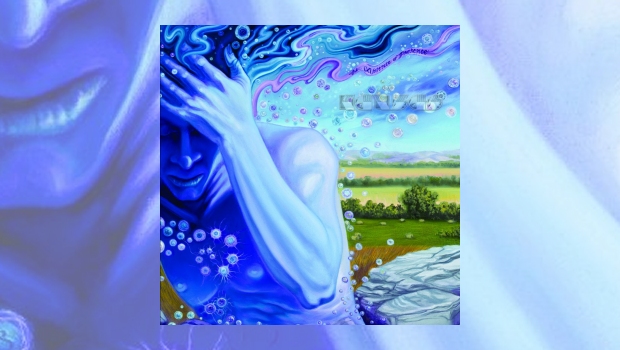 Kansas – The Absence of Presence

There is lots to be excited about with classic rock veterans Kansas’ latest effort, The Absence of Presence. First, the album marks a milestone in that it’s been 50 years since the band formed in 1970 in Topeka, Kansas. Second, it’s also been four years on since The Prelude Implicit marked the band’s resurgence, signalling that Kansas was geared to move forward into the future, and The Absence of Presence confirms that Kansas is now well and truly in motion.

The line-up seems to have solidified, with the only change since the 2016 LP being losing David Manion (who joined for Prelude). He has been replaced by the adept Tom Brislin whose work on keyboard duties adds a creative element to Kansas’ latest LP, so hopefully this line-up remains.

The Absence of Presence is lyrically thought provoking and two themes dominate the album. The benefit of experience means Kansas can draw from a well of wisdom to add maturity and insight that younger musicians simply don’t have access to.

The first theme is the paradox of being physically present yet spiritually or emotionally absent or uninvested. This theme is most directly explored in the title track, but also Animals on the Roof, Circus of Illusion and The Song the River Sang all deal with this theme in an abstract way. They question if our absenteeism is represented by not working together and being uninvested in ourselves/the planet/society in favour of consumer culture.

Animals on the Roof is superficially about not fitting in; just as animals on rooves might be a ‘strange sight’ – pests even – they are in a position of greater foresight, despite their small stature. Once we hear Platt’s references to a coming ‘flood’ and a ‘dull, rumbling sound’, it becomes clear the track is a call to action to heed the warnings of those who can see further ahead, but are marginalised for being socially or environmentally conscious. The masses that ignore these visionaries will become victims of their own ignorance and arrogance.

The second theme is that of overcoming – overcoming our absence or non-investment in bigger issues. We see this in the track Jets Overhead, an ode to those in service as it articulates how military families make – and overcome – sacrifices to a larger cause, told through the eyes of someone saying goodbye to an Air Force pilot being deployed (the pilot being deployed having his own absence of presence). We hear:

Then you say: “This ain’t about me, but about everyone I’ve ever known.”
I’ll be waiting right here when you land

and understand the struggle in needing to accept that loved ones cannot be a priority, though that loved one may wish to be so. At the same time, the song reveals that sacrifices are made on both sides and both parties need to find solution to deal with that.

Those that have heard Throwing Mountains, one of two singles released in advance of the LP, will understand that it talks about if we overcome personal doubts that hold us back, we can achieve the impossible – although I’d like to have heard a little bit about how they overcome those doubts, instead of simply relegating them to the past tense.

Musically, Kansas are as good as I’ve ever heard them and the veterans’ decades of experience playing their instruments really shines through in every song.

Ronnie Platt’s powerful tenor vocals are performed with conviction and emotion. His lines are delivered with feeling and nuance – I found his performance in Never particularly captivating. Billy Greer harmonises well with Platt, although I would have hoped to hear some creative use of a second vocalist. There is no absence of Greer’s bass presence – he doesn’t simply replicate the guitar riffs but adds creativity and colour throughout, especially in The Song the River Sang.

In the rhythm section, founding member Phil Ehart’s drumming keeps a steady pace and his playful use of rhythm comes across seamlessly. Ehart really shines in the fast-paced, but short, instrumental, Propulsion 1, where he unleashes himself and spoils us with some double pedals.

Richard Williams and Zak Rizvi showcase their skills with alternating solos in a few tracks, working with newcomer Brislin and David Ragsdale on keys and violin respectively to create exciting and vibrant interludes.  We have instances such as in Throwing Mountains or the title track, where Brislin, Williams and Rizvi solo battle it out, pitting organ against guitar and guitar, before their differences are settled in a unison – first the two guitars, then keys and violin join in.

David Ragsdale’s violin work adds drama, flare, and a strong hook to every song he is present in. The two ballads, Memories Down the Line and Never give Ragsdale the freedom to showcase the raw emotion that only a violin can inspire, and along with Platt’s heartfelt vocal performance, both ballads are an immersive experience.

Closing track, The Song the River Sang, is one of my favourites off the album as it is strays away from the formula of the other songs and is the most ‘prog rock’, thanks to a 7/8 time signature that evokes a flowing river. Dramatic bass drums add a sense of urgency to the first half of a song that is essentially a warning of a coming flood (alluding to the animals on the roof that will see it coming first). The second half is a portrayal of chaos and ends the album suddenly.

Almost every prog trick in the book is on display to strong effect in The Absence of Presence, without suffering from being ostentatious, and this is made possible thanks to a line-up of experienced musicians applying their craft the way they know works well.

The Absence of Presence is a strong album and will sit well in Kansas’ 16-album discography and help to preserve the band’s legacy in coming years. It boasts plenty of memorable moments of music and the thoughtful lyrics lend the album to repeat listens.

It would appear that Kansas, 50 years in, still sound like the Kansas we know and love; they haven’t abandoned the formula that’s worked so well for them, but they have updated it enough to help drive their music to a new audience.

[You can read TPA’s interview with Ronnie Platt HERE] 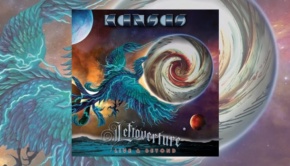