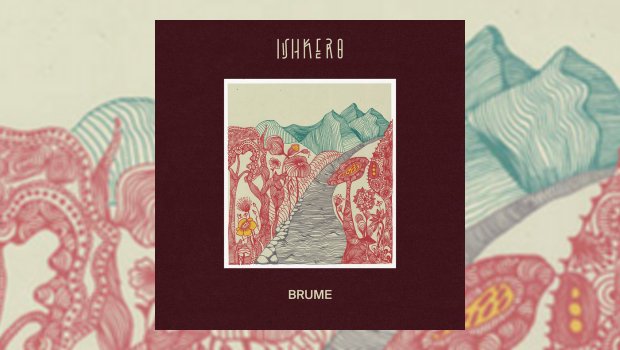 There’s an expression a lot of my musicals friends use that explains well what happens when one is introduced to something new: ‘the rabbit hole’. For when you first find yourself listening to something new and exciting, it’s only natural to want to hear more, or similar, and so you find yourself falling down that rabbit hole. I recently found a rabbit hole of my own, after a sponsored post on Facebook led me to listen to French fusion band Daïda. Now, the thing about a rabbit hole is that it is but one entrance to a huge sprawling warren, with many paths to follow. My path led me to Tao Ehrlich, as on searching for a YouTube video to accompany my A Different Aspect review for Daïda, that which I found featured Ehrlich.

‘Who was Tao Ehrlich?’, I wondered – and so my wander through the warren of French fusion began. I had no idea that the Parisian fusion scene was so vibrant, but it most certainly is, and Tao Ehrlich appears to be a star of the scene. Although it would be an exaggeration to say he is omnipresent, he certainly has played with many different acts over time. Ehrlich is a product of musical nature and nurture. Due to his musician father, Ehrlich grew up in a musical environment and from a very young age was on stages, learning from and playing with many musicians.

I began my tour of the Parisian fusion scene with Panam Panic, which Ehrlich also plays for, and listened to many other varied and wonderful bands (including Bordelophone, 4dB, Chromatik, Aldorand, Camarão Orkestra, and Chlorine Free), before arriving at Ishkero. The band has self-released two EPs, and their third is due for release in April on Chuwanaga. Brume is easily the best release yet from Ishkero. It’s an absolute joy to listen to!

Ishkero is a group of five experienced and enthusiastic musicians who have been playing together for a while now, and it shows. But with all due respect to the other musicians in the band, from the off, it’s Tao Ehrlich’s drumming that stands out. In fact, it is appropriate that in French we would probably be describing his battery, as Ehrlich provides an explosive energy, the shockwave of which radiates underneath the remainder of the band. The band feed off this energy, and the resulting music is a joy to listen to – and it sounds as if the band finds it a joy to play.

So we have guitarist Victor Gasq, who is clearly as comfortable in rhythm as he is soloing. Some very nifty riffs from Gasq. Adrien Dutertre is on the flute, managing to impose quite some presence and personality with his instrument. He also adds texture with percussion. Antoine Vidal plays the bass, sometimes modestly, sometimes mischievously. I have always had an affinity for the bass, and Vidal’s playing definitely tickles my fancy. Finally, on keys, Arnaud Forestier adds a tableau of poetic prettiness. With some gorgeous saxophone from guest musician Jeff Mercadié on two of the tracks, the recipe is complete. And the end result is most definitely delicious!

Brian Eno once said, “There were three great beats in the ’70s: Fela Kuti’s Afrobeat, James Brown’s funk, and Klaus Dinger’s Neu!-beat.” It sounds to me that Tao Ehrlich seeks to integrate all three into his playing. The first track from Brume, Triple B, is certainly full of ’70s funk influences, and it’s an absolute blast. I dare anyone to listen to this, and not at least tap their feet. Me? I was dancing around the kitchen with my second youngest child. By the time you’ve reached the end of this too short release, you’re definitely more in Afrobeat territory – in particular, Gnawa rhythms.

I love the introduction to second track Tonik Gin which sounds as laid-back as you might expect. Ehrlich comes in with the beat, and we’re away. The flute, guitar and keys trade licks in a delightful way, building and building until everything falls away at about the three-minute mark. I love the minimalist, almost ambient soundscape that is left, before being built up once more to a glorious finale. This track may not be as immediately gratifying as Triple B, but repeated listens really show it’s many layers. Also, I love that final chord.

Brume comes in quietly like the mist its title implies, the gentle sounds washing over the listener before the track kicks in after about a minute. I say kicks in, but the title track is the gentlest on the EP. That’s not to say it’s boring, though. It’s actually incredibly evocative of a misty day, with the music sounding suitably hazy (it’s described as “warm and hazy” on the Bandcamp page). The beat picks up in the final moment, which is actually for me the most disappointing moment of the EP, as I was thoroughly enjoying the mood of the piece before then. But I’m quite sure a lot of people will like this quite dramatic coda to the piece. (NB: I don’t dislike it at all, but it just feels out of place.)

Gate de l’Ouest is an impressive closing number. The EP is definitely structured with the bigger, bolder pieces as bookends, with the more intricate and layered pieces providing a softer centre. As aforementioned, this track is a jazzy take on Gnawa rhythms, or at least, that’s how it seems to me. In Gnawa music, one phrase or beat is repeated over and over, as the music is spiritual, and designed to help provoke a trance. That one phrase or beat can be approached from many angles, and that’s what Gard de l’Ouest seems to do. It’s too easy to get lost in the music, and thoroughly frustrating when it ends so soon. If any track could have gone on (and on), it would be this one. I suspect played live, it possibly does, and the length of the track on this EP is more down to keeping consistent the lengths of the two sides of the vinyl release.

In short, I guess my only complaint about this EP is that it is just that – short. I can’t wait to hear a full-length release from Ishkero, and I hope one is forthcoming. I am so happy I fell down this rabbit hole. My thanks to Daïda for giving me the push.