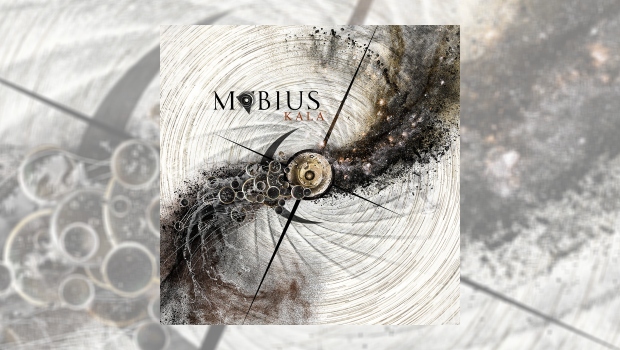 When confronted with an album by a French band, which appears to have a distinctly Indian theme, I was intrigued before I had even begun listening. It all made sense after a little internet investigation (that is, I found the band’s webpage). The band is indeed French, but hails from the French Overseas Region of La Réunion. With no indigenous people, the small island was first settled in the 16th Century by people from France and Madagascar. More pertinent to this album, many indentured workers (slaves in almost all but name – as slavery had been “abolished” in 1848) came to the island from South India, bringing with them their religions, customs, and music.

A quick look at the Mobius Bandcamp page reveals a mention of ‘maloya’ (a form of music native to La Réunion, that has its origins in a combination of the music of the African slaves and South Indian indentured workers), and one of the Bandcamp tags is ‘konnakol’ (a form of Carnatic, or South Indian, classical music). Jazz gets a mention, too, which is right because it clearly plays a part in the music, and a very enjoyable one, too! Jazz, it should possibly be noted, is the most popular non-traditional style of music on La Réunion, so again its presence makes sense in the marvellous melange that Mobius serve up.

Kala, the second album from Mobius, begins with one of three largely instrumental pieces titled by letters which read together spell ‘Aum’ – the sacred sound that symbolises the Universal Principle and Ultimate Reality. Given that the album’s title, Kala, is Sanskrit for time, it is not inconceivable to take the three phonemes which make up Aum to stand for past, present and future (time is threefold, and these three are Aum). The album definitely represents a circle of death and rebirth, and is punctuated by the three (near) instrumentals exactly where one would expect to see them in the cycle.

A is a stark and beautiful introduction to the album, full of tension within its minimalist sound, before bursting into Abhinivesha, which seems to translate to “clinging to life”, and that’s exactly how the music sounds. There is an urgency beating over barely restrained chaos. This is a powerful opener, giving a good indication of the contrasting sounds of this album – a modern djent sound, combined with traditional Indian music. The sounds and textures of past and present, and east and west, meeting in a glorious collision. Heli Andrea makes the juxtaposition even more seamless than it already is, by singing both English and Sanskrit vocal lines throughout the album. The song seems to be sung entirely in the moment between life and death.

Sharira is Sanskrit for body, and seems to usually be prefixed with another Sanskrit word to differentiate the astral body, and the physical body. If in death, the astral body left at the end of Abhinivesha, is the physical body left behind. I love the gentle introduction to the song, before being pummelled by sound. The sense of dynamic tension in this album is executed brilliantly, never too heavy at the wrong times, and always balanced with lighter moments. The drums and the bass too really ram home how well the modern djent fits with the percussive Carnatic musical forms. Furthermore, Andrea really shows her abilities as a vocalist. This is just a great song, and one of the highlights of the album. It might be a song about an empty shell, but it’s full of delights, and probably my favourite song on the album.

Sharira leads neatly into U, a timely interlude in every sense of the word, and a quite beautiful keyboard-led piece, which despite its short length is another favourite track of mine on the album. While interludes like this can often feel like filler, there is no such sense on Kala. Every part feels integral to the whole, and indeed U segues straight into Mukti, which embodies the concept of spiritual liberation, and indeed the music feels very vibrant and free. Just as the first pair of songs looked at the astral and physical bodies, so this second pair seem to me do the same. Thus Mukti represents the journey of the astral body, and the following Akasha the journey of the physical body. Akasha is the æther (the fifth element, or quintessence), and the infinite space from which the other four elements came. I’m probably reaching, because I can’t work Water into my reading of the song, but I imagine the cremation of the physical body (Fire), taking it from the Earth, and into the Air – and eventually into the æther.

By contrast with U, the final Aum interlude M is almost industrial, albeit overlaid with Indian instrumentation. It’s another definite favourite of mine, which is probably not what the band expected or wanted – but I really like these interlude pieces! M leads into the final full-length song, and it’s an absolute belter to end the album on. Bhati is the rebirth, or reincarnation. The astral body is back in a new physical body. It’s a wholly positive and joyful sounding song. For all the liberation hinted at previously, this is the first song that sounds truly free.

All that is left is an ode to Agni. Agni is fire, as Kala is time. That is to say, both are what they are, but also deities of the same. It’s, again, a beautiful instrumental piece (or, at least in this case, near instrumental), and the sequence of M-Bhati-Agni is absolutely my favourite on the album. Agni is also the third chakra in the Mēḷakarta – a collection of scales (ragas) in Carnatic music. I don’t know Carnatic music well enough to comment, but given that the band have referenced it, it doesn’t seem likely that this is coincidental.

Kala is an incredibly intricate and elaborate album – yet never over the top. If you like symphonic progressive metal with hints of djent, jazz and traditional South Indian classical music via some French slavery (sorry, indentured workers), then this could well be up your street. Of course, I didn’t know I liked that mix of sounds until I listened to this album, so maybe you should, too!

(PS, my apologies to the band, if any of my interpretations are wrong.) 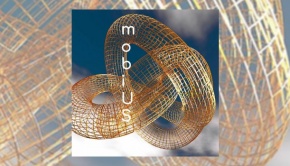