With his new album, Rise and Fall, imminently released, TPA’s John Wenlock-Smith spoke to John Holden about the music, his influences and the recording process.

Who are your main influences?

I grew up when progressive music was in its heyday. At that time bands put out an album every year! There was never a shortage of music to be heard. I was listing to Floyd, Genesis, Focus, Tull, ELP, Rush and Yes. But I also enjoyed quality pop music as well. I loved 10CC, Eagles, George Benson and Steely Dan. I guess as I got older my tastes just grew wider. I still try to keep an open mind when listening to new music, although in the past few years I have been so busy creating my own music that I generally don’t listen to music as much as I used to. My influences now tend to be the musicians I work with. I find them inspiring.

What was your approach to the writing of the Rise and Fall album?

Towards the end of writing the last album (2018’s Capture Light) I tried different approaches to composing. I found the best way for me to write was to have a specific subject or story in mind and then start to construct the musical framework that I felt would best suit that idea. At the same time, Libby (John’s partner) and I would work on the lyrical content and structure. This was the method I used for all the songs on Rise and Fall.

How do you get your ideas and concepts?

They come from lots of places. I try to be open to what is going on in the world right now, but I also enjoy visiting stories from the past. I have no shortage of ideas but selecting the ones that will work best as songs takes some imagination. I usually bounce things off Libby, she has a great sense of what can work or what is too “complex” to communicate successfully. On this album we were very keen to also get more emotion into the material, So in some songs that meant putting yourself in another person’s shoes and trying to make their story come alive.

Do you have examples of this approach?

On the song Heretic I wanted to write about the terrible situation in Syria. I also had an idea about the concept of “re-writing history”; that the conqueror alters or distorts the way the past is interpreted. One way of doing this is by cultural terrorism. When hearing about the destruction at the temple of Palmyra and the horrors that were perpetrated, I felt that I wanted to compose a piece reflecting those ideas and events but also contain an element of hope.

The title track Rise and Fall is about the three-way relationship between a man, his partner and his addiction. The words reflect how he is gambling with his life and the relationship he holds dear. Ultimately, he has a choice to make. The vocals from Jean Pageau were beautifully done having a vulnerability that conveys the struggle within. 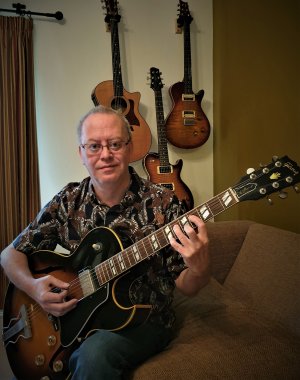 Can you tell us something about the other musicians on the album?

Having released Capture Light, all the musicians who appeared on that were keen to be involved on the follow-up. Which was great as I already had a core of “go to” people. I also wanted to bring new people into the project who would bring something different. Having done my research I approached them individually and we would work on a track to see how it worked. In every case, it went better than I could have hoped for.

New to the “team” were, Jon Camp, Zaid Crowe, Nick D’Virgilio, Simon Fitzpatrick, Sally Minnear, Lauren Nolan and Michel St-Pere. All these musicians were amazing and fitted in perfectly. I also discovered Vik Shankar and he was astonishing! He has the ability to play in any style and bring real emotion as well as technique. He was a dream to work with.

How do you decide who will play on each track?

My first decision is figuring out what I feel needs replacing or improving on my original demos. Sometimes very little needs changing. In some cases, I know it is going to need more parts or possibly a solo that may be technically beyond me. I then imagine the kind of sound I am looking for and then think of who best could deliver that style. Because I am working with such incredible musicians, they usually improve on my original ideas anyway! It’s nice to have different options. It’s like having a huge palette of colours to choose from.

And the choice of vocalist?

When it comes to choosing the vocalist, in most cases I have a good idea who would be the best fit for the track. For the song Leap of Faith, I knew before a note was written that it had to be Peter Jones, thankfully he agreed to do it!

On this album I worked with Sally Minnear for the first time and she was great to work with. She sang on After the Storm but also kindly did guide vocals on another two. I really liked her voice and actually used some of those recordings as backing vocals for the completed songs. One track did offer up some surprises. I was working through the songs that I wanted Joe Payne to sing on. Towards the end of the session I asked Joe if he would mind laying down a guide vocal for Dark Arts. I had originally thought I would use more of a “rock singer”. However, when Joe agreed to sing it through I just pressed record. When I listened back, I realised that I needed to look no further, he did an amazing job. He really “owned it”.

Jean Pageau took the demo of the title track and added a new opening section that added so much. I loved what he had done and altered the arrangement to highlight those elements.

For the final song, Ancestors and Satellites, it has Pete on lead vocal, but I thought it would be nice to feature every singer who was on the album. I really enjoyed working on that acapella section. That song also has the heavenly voice of Lauren Nolan – Magical!

You do not have a record deal. Is that by choice?

I think for any new artist the hardest thing is just to get people to just take a listen. There is so much music out there with everyone trying to get attention. With the relative success of Capture Light, I think I have managed to build a strong base that meant people are more prepared to investigate my music.

I have had some communication with some established labels, but in all honesty, I think I would have to be selling much larger quantities to make it work for everyone financially.

I am a little bit of a control freak. I do the production, the artwork, the videos and, with huge amounts of help from Libby, the promotion on social media. I have strong views on how I want these things to happen.

Another key thing is that I am in total control of what I record and when it is released. I only make things available when I feel it is the best it can be. I often live with a mix for a few months to tease out any problems before I commit to the finished article. The tracks then go through a rigorous quality check by Robin Armstrong prior to mastering. This loop is critical and not to be rushed. It’s important for me to work at a pace that I feel will deliver the best results. 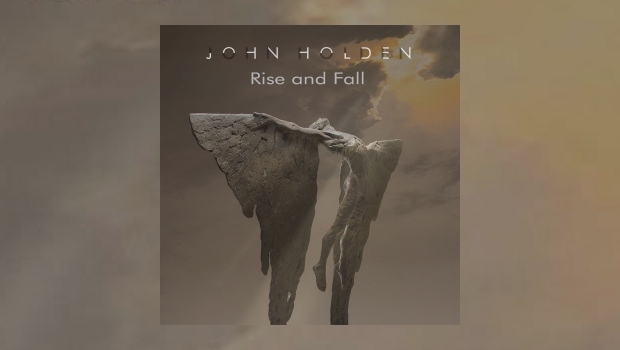 [And you can read Leo Trimming’s review of Rise and Fall HERE.]