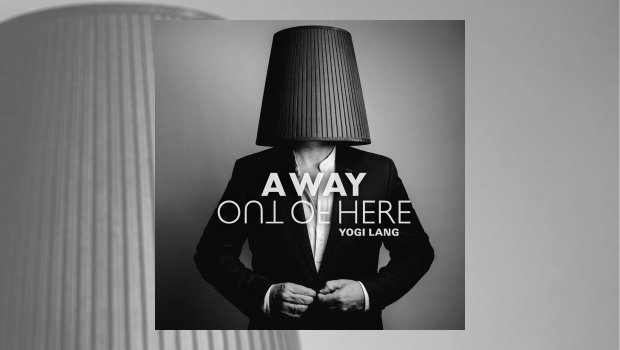 Yogi Lang – A Way Out of Here

Well, what a pleasant surprise this release is! I’m not particularly an aficionado of RPWL, so whilst I might have reasonably expected some sort of Floydian feel to frontman Yogi Lang’s second solo effort, I wasn’t ready for what I’m hearing. To be honest, it sounds like the kind of solo album which Dave Gilmour might wish he’d made, and had he done so, it would, of course, sell by the truckload. The guitar style of Torsten Weber and song structures are very Gilmouresque, but it’s the voice of Yogi Lang that clinches it! Happily though, Yogi Lang does have his own personality shining through this collection of songs, so we’ll get over it.

Opener Move On is a strong start, with an insistent mid-tempo riff and keys which sweep you along immediately. Yogi plays all the keyboards and really excels on this song, which is probably the most immediately memorable on the album. Lang’s synth solo is delightfully simple, giving way to a grandstand guitar solo from Weber which is just right. At nine-plus minutes, it’s the lengthiest track, but I’d be happy for it to carry on longer! But less is sometimes more, and the title track shuffles in, much more lively, and the female backing vocals, which are present throughout, make their presence felt particularly here. It’s a very catchy song, and we really are off to a good start.

Shine On Me sounds a little bit like Steven Wilson at his most reflective, as does Don’t Confuse Life With A Thought (eh?!), and both are very enjoyable mid-tempo songs, oozing class in the musicianship and production departments. I don’t think anyone would claim anything ground-breaking about the fayre on offer here, and it’s certainly nothing new. That’s not really the point, not everything can be or needs to be radical. This album is simply well written and crafted classic rock. The promo blurb describes it as art rock, but I disagree; it’s classic rock, played with passion and skill. That’s enough sometimes.

Early Morning Light is another stand out track, possibly the most Floydian here. It starts out with an easy jammy feel, briefly reminiscent of the mid-section of Echoes, before progressing into something else, but maintaining its Gilmour credentials throughout this fabulous instrumental. Again Torsten Weber shines on this piece. Also worthy of mention is Freedom of the Day, the only co-write with a certain Mr Guy Pratt! You see it’s not me, Yogi himself seems to actively invite comparisons with a certain band I’ve mentioned once or twice (but I think I got away with)!

The philosophy behind this album seems to run along the lines of, the world is in a mess and we aren’t sure how it came to this, but love conquers all. Or something like that, so overall, it’s pretty upbeat lyrically. If I’ve got any real criticism, it would only be the pacing of the album, as too many songs are in this very comfortable mid-tempo, and it would benefit from the occasional jolt, like A Way Out Of Here provides after Move On. Aside from that, and the fact it’s taken nine years to create, I have to say that after repeated listens, I’m really enjoying it, so he must be doing something right. And I’m darn sure it will take more than nine years to follow up Rattle That Lock! Just saying!!