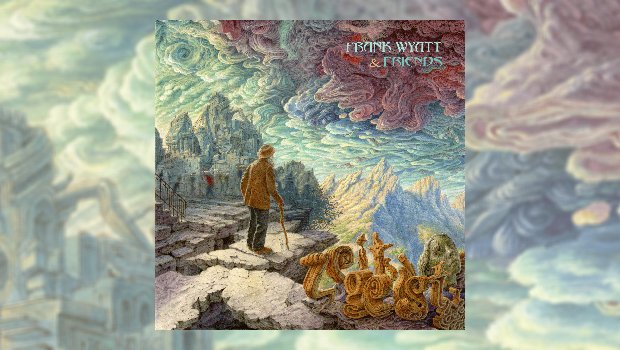 Sometimes great art can come out of adversity. Take the case of Happy The Man founder Frank Wyatt.

Five years ago he was diagnosed with ‘the Big C’ and told that time was short. But he was determined to play with his musical friends for one last time.

Wyatt started work on what was likely to be his “goodbye” album, featuring members of Happy The Man, Oblivion Sun and Pedal Giant Animals – practically everyone with whom he has made music during a career lasting 46 years.

The project took him much longer than he expected thanks to frequent lengthy pauses to recover from gruelling cancer treatments. But here, at last, is Zeitgeist, a surprisingly positive, warm and entertaining collection of songs and instrumentals that may be the best album Happy The Man never made.

Some essential background first. Pay attention, there’ll be a test later. Happy The Man – named not after the rare 1972 Genesis single but a quote from Faust by Johann Wolfgang von Goethe (“Happy the man who early learns the wide chasm that lies between his wishes and his powers”) – were formed in Los Angeles back in the early ’70s around the friendship between keyboard player Wyatt and guitarist Stan Whitaker.

They released seven studio and live albums between 1977 and 2004, packed full of inventive, complex and melodic jazzy prog, but probably suffered from some folk thinking they were a kind of Genesis rip-off band. After their demise, Wyatt and Whitaker went on to form the more improvisational Oblivion Sun and the pleasant but unremarkable Pedal Giant Animals.

So Wyatt had a large number of thoroughly accomplished musicians to call on for Zeitgeist and they all appear to have put their heart and soul into this work, particularly drummers Ron Riddle and Bill Brasso, who drive so many of the best tracks here with spunky confidence.

You might fear from the backstory that Zeitgeist is full of gloomy introspection but you would be wrong. Take the opener and title track, which bursts out of the speaker with Wyatt’s piano flourishes, Brasso’s powerful drums and Whitaker giving an impressive impersonation of a throaty Peter Gabriel.

It’s about people being absorbed in technology, walking around the place with their heads stuck in mobile phones while soaking up lies from cynical, deceitful politicians, and it thunders along angrily with jazzy, shifting keyboards washed over with what sounds like the whistle of a jet engine! It’s nearly eight minutes of absolutely enthralling jazz-prog.

This being Wyatt’s album, his keyboards are all over it. In Leaving – originally written for his studio’s YouTube channel – he lays down piano, strings, flute and double bass in what at first seems to be a tune of inoffensive pleasantness before Brasso crashes in and Wyatt lets rip with a joyful synthesised cacophony.

Other tracks I must recommend to you are Twelve Jumps, a spirited jazz-fusion instrumental led by Whitaker’s electric guitar; the brooding, sitar-led The Approach, originally written for Happy The Man; and the exquisite, touching Fred’s Song, a pretty tune with the odd surprising moment penned for the passing of an old friend.

The only misstep I can identify is Eleventh Hour, the only song on the album that seems to directly addresses Wyatt’s own mortality, as well as being a tribute to his wife, Mindy. Bizarrely, it sounds like it could fit into a modern Broadway musical with its simple tune and plaintive, naive vocals from Cliff Fortney.

Zeitgeist ends with a 25-minute, four-part instrumental suite – Perelandra Symphony in D-flat Major, inspired by a C.S. Lewis book – which is usually enough to make any reviewer’s heart sink, but Wyatt rescues this from the realms of pretentious over-reach by filling it with some very pretty tunes.

It’s all recorded by Wyatt using keyboards and samples and, as he freely admits in the liner notes, the result falls a bit short of what a real orchestra may have done with it. But to my non-classical ears, it’s never less than entertaining, with plenty of sonic variety (that’s loud and soft bits) and catchy melodies worming their way into your brain, ending with a dramatic, upbeat flourish.

Should this be Frank Wyatt’s goodbye album – and I sincerely hope he still has many years of music-making ahead of him – then he has acquitted himself well. In fact, I would go so far as to paraphrase Mr Goethe thus: Happy the man who discovers his powers are equal to his wishes.

Thanks for the music Frank.