While most rock stars in their 70s are content to release a new album or go on another ‘Greatest Hits’ tour once in a blue moon, Van Morrison, who most likely was the inspiration for many of them, continues to produce albums at a furious rate. Three Chords & the Truth, released on CD, vinyl and digital download on 25th October, will be his 41st solo album, his sixth in just 4 years, and, quite frankly, stands up there with his best!

To maintain his workaholic output, 74-year-old Morrison has mixed a few new compositions in with blues standards on his most recent albums, but Three Chords contains 14 original songs of the highest order, capturing the warmth and feel of the early classics by which every other Van Morrison album is judged: Astral Weeks, Moondance and Tupelo Honey.

Three Chords & the Truth finds Morrison in reflective mood with every track produced and written by Van, with the exception of If We Wait for Mountains which was co-written with Don Black.

The opening track, March Winds In February, has a beautiful warm feel, immediately evoking comparisons with the mellow songs on those early albums. The only fly in the entire album’s ointment is the irritating ring of a bell which had me reaching in my pocket for my phone. No doubt, with the endless plays this album will get, I may come to get used to it.

Fame Will Eat the Soul is Morrison’s take on Hollywood and the entertainment business and features a duet with The Righteous Brothers’ Bill Medley, pooling their collective experience. The message to the ambitious is “Fame will eat your soul until your heart breaks”, and, when you make the grade… “Can’t get control when every clown wants to take you down”.

The first track released from the album is Dark Night of the Soul, a mid-paced bluesy number reflecting on life’s hard-learned lessons: “Sitting here but I didn’t plan it, well the plans of mice and men have gone astray”. Vocally, Morrison is still at the top of his game, the years have been kind to The Man and Dark Night gives him the vehicle to indulge in the vocal gymnastics that characterised many of his early songs.

You Don’t Understand is a slower, moody track in the classic blues mould, while In Search of Grace looks back to a love lost in the ’60s and one of several tracks to feature the legendary guitarist Jay Berliner who worked with Morrison on Astral Weeks.

Nobody In Charge is a pacey shuffle, a take on today’s politics, and the tempo accelerates as Morrison remembers his rock and roll influences on Early Days. The lively rocker features some tasty boogie-woogie piano and lots of style cues from the fifties.

Three Chords & the Truth was a phrase used by the late songwriter Harlan Howard to define a great country song. Morrison adds ‘a shot of rhythm and blues’ to the country feel of the title track and then follows with a proper tongue-in-cheek country ditty, Bags Under My Eyes; “When am I gonna get wise?” The final number is Days Gone By, with a Celtic flavour which borrows heavily from Auld Lang Syne.

“You’re just plugging into the feeling of it, more the feeling of it when they’re playing…” Van Morrison said, explaining what it was like to record the album. “It’s like reading me. So, I think there’s more of that connection.” It’s a connection well worth making. 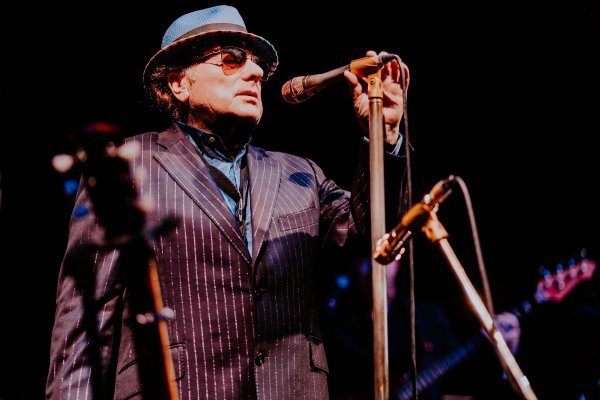