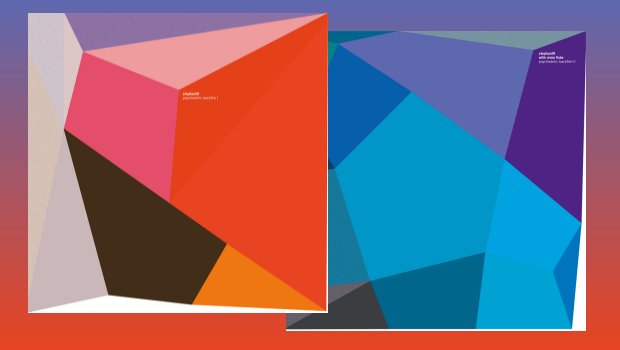 The Norwegian powerhouse trio Elephant9, after releasing five studio albums, take the opportunity to document their live experience, with not just one but two special releases. The act of releasing live albums often instigates debate about the purpose, with comments that it never captures the true excitement and it’s just a money-making exercise, etc. There is also another side of the debate: which live album is the greatest. There are lots of thoughts about this, but there does seem to be a consensus that maybe Deep Purple’s Made in Japan, Hawkwind’s Space Ritual and Thin Lizzy’s Live and Dangerous are up there as the top examples. Now here is my personal, perhaps, controversial view: these two albums must rank up there with these classics in terms of capturing the live experience of this particular band.

Elephant9 have gathered a great reputation in their native Norway for providing thrilling, exciting and truly skilful live gigs, their aim here is to capture that and present a live document for all to hear. They have chosen to release Psychedelic Backfire as a pair of albums, the first is the band itself, demonstrating the power of their trio set up, and the second features guest guitarist Reine Fiske to add an extra dimension to what they do. The band booked a four-day residency at the intimate venue Kampen Bistro in Oslo, Fiske invited along to play at two of the nights. These albums were taken from the four nights with no overdubs, repairs or edits, a “warts and all” recording, not that you would notice with these skilful live players. The albums were later mixed by another trusted collaborator, Christian Engfelt.

The power and the interplay between the musicians is mesmerising, drawing you into their musical world, with forthright keyboards provided by Stale supported by great drum work from Torstein and some wonderful and notable bass by Nikolai, it kind of grabs you and gives you a good shaking. The audience noise is kept to a minimum so we get to enjoy the music, but you are able to feel the electricity and excitement in the room as the concert unfolds, they bring the power, enthusiasm and energy of their live performance to the recording, at times as a listener, you get the feeling of being there. That I believe is the real success of a live album, if you can achieve that you must be on to a winner.

Psychedelic Backfire I opens with a twelve-minute tour de force, I Cover the Mountain Top; it begins with a gentle interplay between the keyboards and the bass, playing off and complementing each other before they are joined by subtle drums. The whole thing grows and gradually builds with increasing power, so much so that you never become aware of the song’s length. The trio provide a solid bedrock for the music, each complementing the other, each creating space, but that space being filled when necessary in an almost telepathic interplay. The second track, Farmer’s Secret, follows before you can get your breath back with excellent bass work to start, drums and keyboards joining in, and then the song goes off at a skilful and enjoyable speed.

Habanera Rocket begins with a bass and drum shuffle, keyboards adding textures over the top, gradually gathering momentum in what is, at 18 minutes, the longest song on the album. The bass develops this hypnotic rhythm as subtle changes in the drum patterns drive the song forward, the discipline of the players is superb. At six and a half minutes the rhythm and pace pick up again, the keys becoming more intense, almost frantic. Towards the end, sonic textures and sounds stab out here and there before settling back into the outro, leaping straight into the next song. The drive, excitement and interest continue for a further three songs and the album closes after seventy-one very enjoyable minutes.

After the first top-quality live album, how could you beat that? Well, the guys add renowned guitarist Reine Fiske to provide different tones and textures and pull it off again. Psychedelic Backfire II consists of only four tracks over sixty-two minutes; we get one cover version, a repeat of a track covered as the trio, a follow-up companion piece and the tour de force final track. The interplay between Reine and Ståle is excellent, with extremely important contributions from Nikolai and Torstein going to create another superb example of their live show.

The opener is a cover of Stevie Wonder’s You are the Sunshine of My Life, in a style you may have never heard before, an interesting and absorbing listen. Skink / Fugi Fønix follows, a full-on version with Reine’s touches making it interesting to compare to the version on the first album, both are excellent and it’s near impossible to choose between them. The third track is Habanera Rocket 2, here the drum shuffle is supported by up-front keyboards, Reine adding subtle guitar textures and the bass begins its hypnotic rhythm. A few minutes shorter than its namesake on CD 1, but just as interesting and exciting, the tempo picks up gradually throughout the song reaching a crescendo for the ending.

As you try again to get your breath back they launch into the final and longest track on this album, Freedom’s Children/John Tinnick. They open up and take a full-throttle approach, but remain tight, never losing their control, yet another excellent example of their live prowess.

This is a wonderful listening experience, so immersive that you forget that it’s live, such is the quality of the playing, the energy and enthusiasm jumping out of the speakers at you. If you have not heard this band before I urge you to investigate, I don’t think you will be disappointed, I certainly wasn’t. Indeed these albums are added to my albums of the year list. Yes I know it’s a live album, but its quality, pure quality.

Elephant9 – Arrival Of The New Elders →