With the new North Atlantic Oscillation album, Grind Show, about to hit the shops on 16th November, Phil Hall was asked by TPA to stalk the band and discover their innermost secrets. Unfortunately, there’s only one of them left – Sam Healy – and he was well-protected… 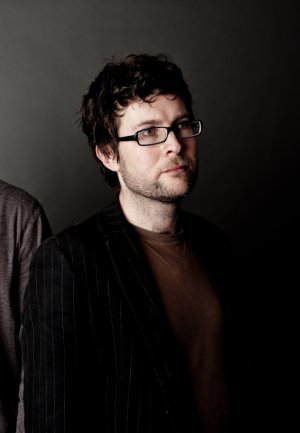 When did NAO become just you?

It was a gradual thing. No dramatic breakup, no furniture tossed out of a fourth floor window. I had decided a few years ago to scale back live performing, and my writing and recording process has always been relatively solitary.

I might be a bit close to all of this – being a fan of both – but how do you differentiate NAO from Sand stuff?

Good question. The distinction might feel arbitrary from the outside, but I always know whether I’m working as one or the other. I tend to focus on one album at a time, so there’s no internal slippage of identity.

Now that you’re on your own, what about Sand?

You’ve said [to me elsewhere] there was no intention to do any touring; is it something you’re not keen on or is it purely too much of a chore for little return? And would you ever consider doing a stripped down Sam Healy solo/unplugged kind of thing?

I’ve never ruled it out, but translating such annoyingly complicated material from record to stage, without sacrificing detail, requires a lot of work. I’m not an avid fan of unplugged or acoustic interpretations but (co-producer and engineer) Pete and I have discussed a few oblique strategies for hacking together some kind of live facsimile.

How many songs on Grind Show came perfectly formed in your head, or are NAO songs constructed rather than already formed?

Zero. At most. A few (Sirens, Needles, Low Earth Orbit) were reasonably quick to yield their fruits, others were like pulling teeth out of a larger tooth.

This brings me to one of those long and rambly sensible questions I occasionally have: Many years ago, for my sins, I met Genesis (when they were a 3 piece) and I asked them about one of my favourite tracks on their then current And Then There Were Three album [1978 – I was 16] and each of them basically said, “I haven’t heard the track since we recorded it” or a version of such. This disappointed me at the time because I thought ‘they’re treating this like a job not as something to be celebrated’. How often do you listen to old NAO and Sand stuff? If it isn’t as much as a reader would expect, is it because you’re too close to it and at what point do you go, ‘I think I’ll play Grappling Hooks’…?

Very seldom, though not never. By the final stages of making ‘thing X’, I’m itching to start ‘thing X+1’, to the point where it takes much self-corralling to finish ‘thing X’. I’ve never ever listened to an old album of mine from start to finish. I’ll sometimes accidentally hear an individual song, think either “hmmm, that’s actually not as bad as I remember” or “wow, that’s considerably worse than I remember”, and then get back to work.

What was inspiration for calling the album Grind Show?

It’s in the lyrics of the final track, Fernweh.

Yes, I’m aware of that even if people reading this aren’t, and I’m aware that previous titles have appeared in lyrics – is this as simple as it is? You call an album whatever you really like from the written lyrics?

The title always comes dead last. But it tends to come easily.

I expected to hear some kind of farmyard animal making an appearance, but instead there’s a blast of something distinctly 1920s flapper in there. This isn’t really a question, just a heads up that I hear your madness…

The turkeys unionised and got too expensive, so I hired a chorus line instead. 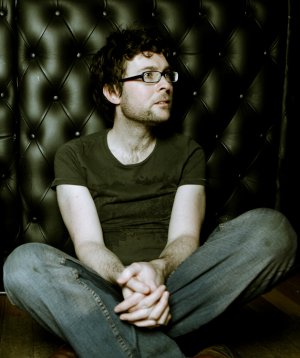 What was the thought process behind the bonus track?

Wait… There’s a bonus track? It’s a fragment from an abandoned song that couldn’t stand up on its own, but sounded about right as a mangled remnant.

On the track listing of the version you sent me it’s down as track 99, which suggested to me it was going to be hidden away at the end of the CD. I thought kcenrebbuR was simply just an unfinished piece played backwards, but it’s not as simple as that (having now played it backwards), neither is the beginning of Sirens, which explains why you would find it so difficult to tour this album without a small studio of cassette players.

Yes, the two elements are connected. There are always solutions to playing complicated studio material live. If we need to, we’ll hire a troupe of bonobo chimpanzees to play the cassette players at the crucial moment, in exchange for fermented durian juice.

I noticed a real attempt at different vocal styles, especially on Downriver, which seems to use variation through your vocals rather than through instruments; are you trying to do something different with your voice?

I suppose so. I get very frustrated with the limitations of my voice, and typically go through a process of trying various options, realising they sound even worse, and reverting to type. Maybe this time I left some of the botched experiments on show…

As someone who has forged a career in music since the digital revolution, would you say you write a lot of your music for the iPhone generation? I noticed an almost lack of bass on this album – I know it’s there, but (my wife) likens your music to being written for people who don’t know what a proper record player is – that isn’t a criticism as such; she, like me, is of a generation that grew up with organic music, whereas much of modern music relies too heavily on studio trickery, for things such as drums, horns or orchestral bits. I also see this as possibly the reasoning behind not taking it on tour, because even with the best musicians you won’t be able to replicate much of it without tapes and loops, etc.

By bass do you mean bass guitar? There’s plenty of low-end on the album, but yes, it’s largely synthesised. I listen to most music on headphones, and I do write from that perspective: music as a solitary, intense, meditative experience, not a communal one. Our live shows have always been as much machine as man – technology is capable of making art cold and impersonal, but only when overdone. There’s a Goldilocks zone between the analogue and the digital where magical things happen. Think Yoshimi Battles the Pink Robots, OK Computer, Wendy Carlos, Duncan Jones’ first film Moon, Terrence Malick’s umpteenth film The Tree of Life. None of which would be possible without the tech so blithely decried. In any case, how something makes you feel is blind to how it was made.

Are there any major influences at play with Grind Show? I’m presuming it isn’t a ‘concept’ album, although I did pick up some oblique political references in the lyrics?

They’re there, but they’re oblique. They must have slipped in when I wasn’t looking. It’s not surprising I suppose. The era of being able to legitimately ‘opt out’ of politics is long behind us. The world is so polarised now that to have no stance is to have a craven, lazy and callous stance. 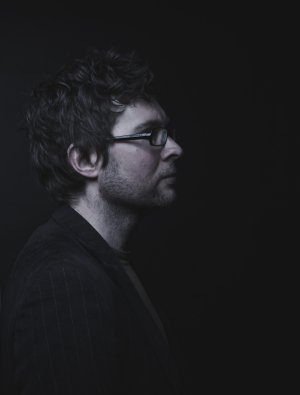 What are the things that bother you about the music industry? I appreciate you are very much a lone person in a massive landscape of artists and styles, but you strike me, from our conversations, as someone who is in touch with an era you probably weren’t born in, as believing in the art of the album, in bands/artists having distinguishable catalogues?

A few years back I was angry about the usual things unsuccessful musicians get angry about. Spotify, piracy, autotune, godawful pop, the debasing of ingenuity in musical democratisation’s skanky wake. Now I struggle to feel much about the music industry at all. Some of the doomsaying turned out to be hysteria: the loudness wars appear to be over, a passionate fifth column still – mirabile dictu – pay for music, and there are teenagers in existence right now who love Nirvana, or Cardiacs, or Kate Bush, or John Coltrane. It’s a pretty rare event for me these days to find a Good New Album, but it does happen: Moses Sumney and Mitski Miyawaki, from the west and east coast of America respectively, have released excellent music in the past two years.

What are your folks and siblings into musically? I ask this because, if you’ve read the review I contested the Press Release’s suggestions of rock, pop, folk and electronic because I’ve always seen NAO as being exactly that. Always that rather than prog; for me NAO have always been progressive never prog…

I’ve never seen NAO as prog either. I knew next to nothing about the genre at all until our bass player Chris introduced me to early Yes and Genesis. We’re associated with it because Kscope is associated with it, but that’s as far as it goes. The closest brush I had as a nipper was my parents’ vinyl copy of Meddle by Pink Floyd. I remember being entranced by the groove and menace of One of These Days, and Echoes is a hell of a suite too. But I didn’t even know the word ‘prog’ back then. I knew ‘frog’, which is quite close.

What next? Apart from making cheesy memes and asking weirdly existential questions?

Combining the two into a new art form known as the pondergram.

The Blade thing you did at Leith Theatre – why? What was the reasoning behind it and was it just for there? Tell us more!?

It was a venue-specific one-off show commissioned by the Edinburgh International Film Festival. I was in charge of the digital side (projections, devices, games, live visuals). Here’s an overview of the components (click HERE).

Just out of interest, I heard your name associated with something called ‘Zeppo’ the other day?

It’s a band I was in back in the seventeenth century, in Dublin. We knocked out bangin’ madrigals on the latest Lautenwercks.

I’ve actually not asked what you do for a living when you’re not recording. I don’t know, do you? 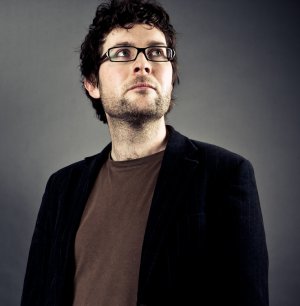 You love dogs, don’t you?

Without condition or end.

If there was a last question what would you like it to be?

“What would you do in a hypothetical situation?”

Okay then, what is the weirdest question you’ve ever been asked (in an interview, obvs)? And what would you do?

I have a vague memory of an interview with some trendy culture magazine, back in 2010 when people thought we were a real band. You know, with haircuts and opinions and so forth. It was a question about brands of shoes. I had no answer. It was awkward.

What would I do in a hypothetical situation? Draw a map that requires more than four colours to ensure that no two adjacent territories are the same colour.

[All photos by John Need and used with kind permission. You can read Phil Hall‘s review of Grind Show HERE.]