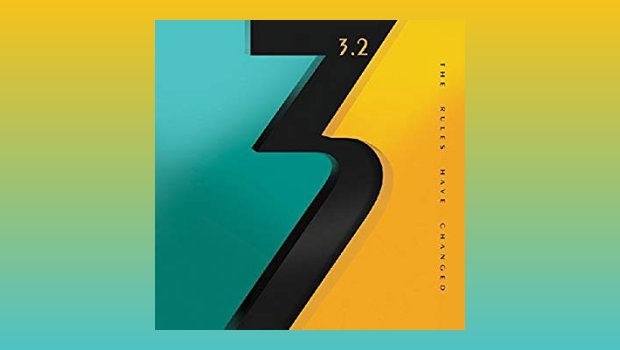 Thirty years ago, Keith Emerson and Carl Palmer teamed up with singer and multi-instrumentalist Robert Berry to form ‘3’. With Berry contributing vocals and bass to their debut, To The Power Of Three…, fans could be forgiven for thinking this was basically a new version of ELP with Berry replacing Lake. ‘3’ was a different beast, though. Combining the artists’ prog heritage with a chart-minded ‘80s sensibility, their label, Geffen, had an act that would achieve brief commercial success with both the album and lead single Talkin’ ‘Bout. However, ‘3’s existence was to prove short-lived; with Emerson frustrated at the label’s ongoing strategy and Palmer re-joining Asia, a planned follow-up never materialised.

Fast forward 27 years, and a live recording of the ‘3’ tour from Boston in 1988 was released on CD. The album piqued Emerson’s interest enough for him to contact Berry about completing the aforementioned follow-up. Back in the late ‘80s, when ‘3’ came to an end, there were already some sketches for a second album; two of these later appeared on Berry’s album Pilgrimage to a Point; Shelter and Last Ride Into The Sun. This latter was a ten-minute piece of a similar type to the debut album’s Desde La Vida and provides a good insight into the direction that ‘3’ had hoped to move towards. In the months that followed Emerson’s first phone call to Berry, they began work on this new project. All of these developments were not long before Keith Emerson tragically took his own life.

At this point, it would have been perfectly understandable for Berry to have abandoned the project completely. Indeed, it was some time before he would return to working on, and completing, ‘3.2’. By now, the nature of the project had changed; rather than a collaboration with his late friend Keith Emerson, it would be a tribute to him. With Berry himself taking on the keyboard and drumming duties of two of prog’s greatest ever musicians, one could have been forgiven for wondering just how much the results would bear any resemblance to a record actually featuring Emerson and Palmer. Satisfyingly, though, the result is testament to both Berry’s talents as a multi-instrumentalist and his affection for his former bandmates.

I’ve been a fan of Robert Berry’s work for about twenty years now, but I must admit I hadn’t expected something quite like this. The album is a proggier affair than the debut, losing the frothy pop-rock of tracks like Chains. It does retain the anthemic sound of Talkin’ ‘Bout in places and also builds into it the classic Emerson style of the ‘70s. Such a claim requires qualification, of course. Keith Emerson’s playing was exquisite and quite unique; his style a blend of Classical, contemporary, jazz and something distinctly his own. Having spent many hours working with Emerson, and with the sketches already drawn up from their work together, Berry has clearly spent a great deal of time in trying to do justice to what the album might have been had Emerson completed it with him.

The opening, One by One, provides a perfect introduction to what to expect from the album. A classic piece of Berry song-writing with the verse-chorus book-ended and interspersed with some of Emerson’s ideas. Berry notes that the intro/outro is based on a Grieg piece and there’s a particularly engaging jazz piano section in the middle. This is followed by Powerful Man, an anthemic piece about father-son relationships that delivers the same kind of bombast and sound as Talkin’ ‘Bout.

The title track, The Rules Have Changed, is a haunting piece, filled with suspended chords that avoid resolution, a plaintive vocal and an electronic backing voice that reminds me a little of ELO. The following Our Bond is Berry’s homage to Emerson and his many fans. Beginning as a simple piano and vocal ballad, the other instrumentation gradually builds in – synth horns and strings. Then, with Desde La Vida in mind, there is a section in Spanish before another soaring chorus breaks into the finale, a cheeky hat-tip to Bernstein’s America, covered by Emerson in The Nice so many years ago.

What You’re Dreaming Now was a piece originally written by Emerson for ‘3’ back in the ‘80s and really wouldn’t have been out of place on the debut album. I’m reminded not just of ‘3’ as they were back then, but also the sound of Emerson and Palmer’s album with Cozy Powell. Somebody’s Watching develops some more of Emerson and Berry’s earlier ideas and, like the previous track, has something of the Emerson, Lake and Powell sound to it. It’s very catchy and, if this album had been a Geffen follow-up in ’89/’90, would have been competing with Powerful Man for lead single status.

The two closing tracks are the album’s finest moments. This Letter begins as an acoustic guitar piece with some wonderful hooks and a jaunty rhythm. After two verses and choruses, we are introduced to the strings, an accordion-led bridge and then the song bursts into a French folk fugue culminating in an exchange, via some musical variations, between piano and synth.

Your Mark on the World is another piece that developed out of Berry writing a song using some of the sketches from Emerson. This track really captures some of that style which was classic Emerson in ELP’s heyday and, as such, is a really fitting conclusion to this stunning album. It’s impossible to know how this album would have turned out had Emerson still been with us. As a tribute, though, it is fond and heartfelt and as a work of progressive rock, it’s essential listening for fans of the genre.

[You can read Geoff Ford‘s recent interview with Robert Berry for TPA HERE.] 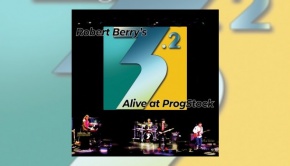