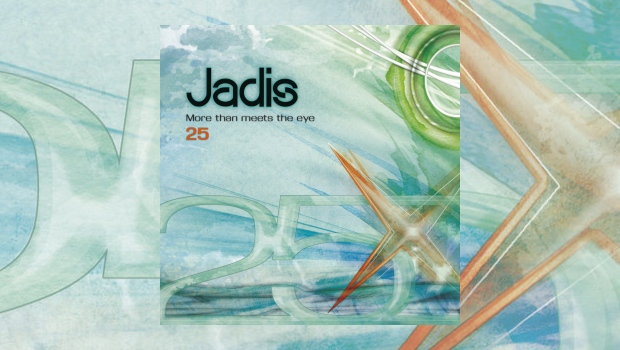 Jadis – More Than Meets The Eye 25

Jadis have re-released their first proper album as More than Meets the Eye 25 in a special edition to mark 25 years since its original release in the early 1990s. These days, in the 21st Century when progressive rock has been somewhat rehabilitated and regained some respect, it can be easy to forget that there was a time in the late ’80s and ’90s when anything remotely considered ‘Prog’ was something one bought in brown paper bags from under the counter,  almost regarded as ‘the music that dare not speak it’s name’! In that context it was a brave move by Gary Chandler, going against the zeitgeist, along with IQ keyboard player Martin Orford, to put together a fine progressive rock album brimming with accessible songs of melody, power and exemplary musicianship. Maybe 25 years later this album will gain more of the recognition it surely deserves, particularly as Jadis mainman Gary Chandler has remixed the album to give it an added sheen, and added an interesting and entertaining second disc of live and acoustic versions.

More than Meets the Eye still resonates with finely crafted, high quality rock songs, starting with the excellent Sleepwalk, building from an effects laden intro with fanfare keyboards and guitar chords before Chandler’s distinctive swooping guitar solo takes flight. Steve Christey pounds out crisp and powerful drums to add to the drama of this atmospheric opening number which holds back on the vocals until about halfway through. It’s an outstanding overture for the whole album. The real star of this anthemic song – and most of the album – is the scintillating guitar skill of Gary Chandler. There are many skilled guitarists out there, but there are only a few that have a unique and distinctive tone and ‘voice’ through their instrument, such as Steve Hackett, Steve Howe or Jadis’ own early mentor Steve Rothery of Marillion, all of whom are instantly recognisable. Chandler very much conjures his own unmistakable style and feel, and it resonates throughout the album. The outstanding Wonderful World characterises this distinctive sound perfectly, as Martin Orford embellishes with his trademark keyboard skills and harmony vocals. Orford is less to the fore than he was with IQ, but his keyboards compliment Chandler’s soaring and sweeping guitars to great effect. The opening section of Hiding in the Corner is particularly resonant of the IQ keyboard sound. Alongside Christey’s incisive drumming John Jowitt (also ‘on loan’ from IQ at the time) gives solid but also typically deft support with his bass guitar throughout. Indeed, Jowitt’s bass skills were first displayed on this album before his debut album performance on IQ’s Ever the following year.

The title track acts as a peaceful, contemplative interlude, featuring Orford on delicate flute over Chandler’s acoustic guitar in a delightful pastoral song. There are more than a few echoes of Steve Hackett’s material from the early ’80s in this delicate piece, and other songs, The Beginning and the End being a real showcase for Chandler’s versatility on guitar.

Gary’s lead vocals are competent enough on this album, although it was early in his singing career and his voice has developed significantly since then (as can be heard so well in his warm and mature vocal performance on Lee Abraham’s brilliant The Mirror Falls from his 2017 album Colours). However, Chandler’s most inspiring ‘voice’ is his imaginative and truly expressive guitar playing which excites and moves throughout More than Meets the Eye 25. This is nowhere more evident than on the excellent ‘mini-epic’ album closer Holding your Breath. The whole band excel on this song as Orford lays out a widescreen effects punctuated keyboard canvas upon which Chandler describes a whole range of guitar styles, ranging from soaring solos, power chords and mandolin like delicacy, back to emotion laden expressive soloing. As an instrumental tour de force, it’s an outstanding finale.

The additional disc features two newly recorded acoustic versions of G 13 and Wonderful World, by Chandler and Orford. G 13 is transformed from the original fairly straight ahead rock song (and one of the less inspiring songs on the album) into a shimmering number featuring Orford’s lush, flowing piano underpinning a chiming acoustic guitar and a lovely vocal performance from Chandler. This alone, for those who may already have a previous version of this album, probably makes this worth purchasing again – exactly how acoustic versions can tastefully and imaginatively re-invent a song, bringing out more subtlety and texture. Wonderful World takes a similar approach with Orford’s subtle flute taking over the more swooping electric guitars of the original version – this is a softer and more pastoral take on the song, although to be honest it cannot outshine the majesty and drama of the main album. Two tracks recorded live in Europe in 1993, at the time of the album’s original release, demonstrate that this was a band who could certainly produce the goods in concert. They should hopefully also act as enticement for fans to go and see them during their imminent springtime dates in Europe and the U.K. this year.

This special edition closes with four more remastered versions from Medium Rare, originally released in 2001. Chandler has explained that these songs were the precursors to the original More than Meets the Eye so he felt it was appropriate to include them in this re-release. These tracks are more of a curiosity than essential listening, but show the roots of the band, which flowered so abundantly on More than Meets the Eye.

There are two questions potential punters may be asking themselves about this release: 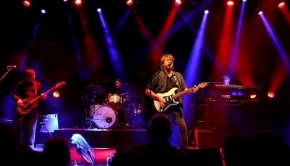