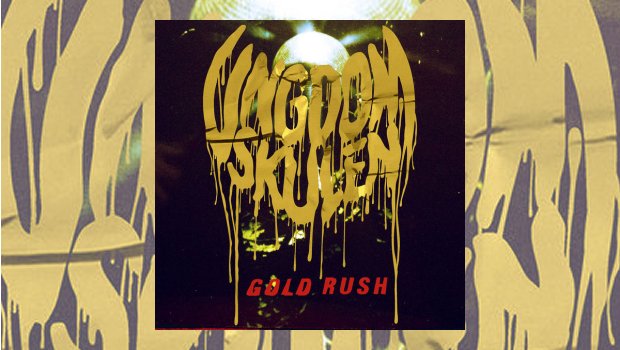 Ungdomskulen are a band from Bergen in Norway who have been around for a number of years, having been formed in 2003 by three friends eager to write and record songs without musical restrictions. Their debut album Cry Baby was released in 2007 with two more full albums following, the last was Secrecy in 2014. They also released an EP in 2011 called Gimme Ten, which contained ten one minute songs.

The band is essentially a power trio, their music ranges through experimental rock with pop-like touches alongside bluesy and funky tones. They provide some driving and catchy rhythms which can be a little funky at times, all from a band that plays with a confident swagger. The album comes in at around thirty seven minutes for its eight tracks which are punchy and straight to the point.

The album opens with In it 2 win it; a distant sounding fuzzed guitar gives way as the whole band power up and the song races away, rocky and punchy. The band have crafted a sound of their own and although they must have been influenced by other artists this is not particularly obvious in their music. There are moments where you get the “that sounds like…” feeling, but I could never quite put my finger on who. That said the slow burn groove of Persisk Teppe is reminiscent of Grand Funk Railroad in their quieter moments, which is not a bad thing, and what a great song this one is. Elsewhere, on Bad Girl the band’s ear for writing a good melody is evident; here there are some Mew-like touches at times. The album ends in fine style with Cassandra, which has a wonderful saxophone contribution from Kjetil Møster.

This is a very good release from a band that I was not aware of, and it has encouraged me to investigate their back catalogue. If you like the power trio set up along with something a little different this could be for you, an album that continues the flow of great music coming out of Norway at the moment. Available now on CD and download.