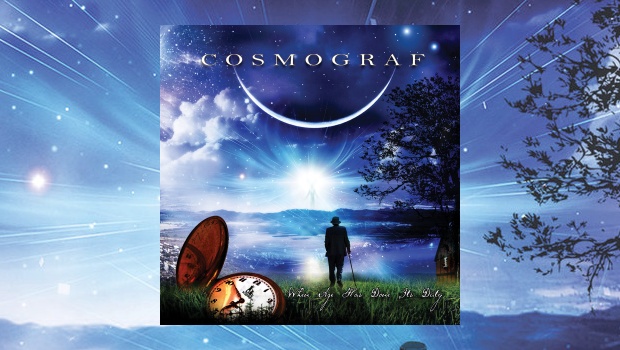 Strange as it may seem memories are not permanent and immutable. We define ourselves by memories, which can be triggered by the seemingly most trivial or incidental of thoughts, such as smells or sounds, and yet the mundane can carry such power. Over the years our minds refine, embellish and adjust elements of our recollections which are filtered through our changing experiences and emotions.

We all look back and sometimes think ‘What if…?’ or ‘I wish I’d done it this way, not that way’, but we very rarely have the chance to do anything about it. That’s exactly what Robin Armstrong has done with this remixed and partially re-recorded version of his first significant release, When Age Has Done Its Duty originally released in 2011, which evocatively explored personal memories. Seven years later, and appropriately for an album concerned with memories, he has repackaged the album in a new remixed version which has undergone a similar journey of transformation as Robin has taken the opportunity to re-record significant portions of the guitar, bass and vocal parts, and add new string arrangements, looking back to ensure that his art is preserved and presented in the best possible way.

As an album that has not been available in physical format for some time, and is well sought after by newer fans, the Cosmograf mainman has taken the opportunity to not just remaster the album, but to improve and ‘polish up’ aspects of it with which he was not totally satisfied. This indicates the attention to detail and drive for musical improvement that imbues Armstrong’s art. It is also a mark of his development as a singer and musician that in the intervening period since 2011 he has reached even higher standards of performance and production.

It is perhaps appropriate that this re-release follows last year’s outstanding The Hay-Man Dreams, steeped in a sense of the countryside and family, as they share the same musical and lyrical DNA. Both inspired by family history, they possess a very real sense of the personal, filled with poignant emotions.

Since 2011 Robin Armstrong has built up a steadily increasing following and reputation with impeccably produced and imaginative albums, ranging from the Sci-Fi survival story The Man Left in Space to the Gothic spiritualism of Capacitor, and the cinematic alien abduction/paranoia of The Unreasonable Silence. They are all outstanding in their own way, but for some Cosmograf fans When Age Has Done Its Duty is where it all started, and it is still Robin Armstrong’s most personal album, based on his experiences as a boy, visiting his mother’s family in Shropshire. This connection gives the album an extra resonance, and, such is Armstrong’s songwriting and performing ability, there is a very real sense of the texture and ‘feel’ of his childhood. The music is imbued with an earthiness and atmosphere redolent of his relatives rural pastimes. This is particularly highlighted on Blacksmith’s Hammer, about his Uncle Harry where you almost feel like you’re in the Smithy watching a man at his trade. Similarly, Armstrong finely crafts memorable melodies and evocative lyrics throughout the album:

“Sat Back from his work, he drew his last breath,
The sound of the Hammer, fell quiet at his death.”

In addition to re-fashioning the music Armstrong has also taken the opportunity to provide fascinating booklet notes with background information and insights into the songs. These include the rather heart-breaking detail that those final lines above from Blacksmith’s Hammer were based on the actual passing of Uncle Harry, who literally sat back from shoeing a horse and drew his last breath. Such insights add extra emotional impact for the listener to an already touching song. They are also a great incentive for anyone who already has this album and may be wondering whether it is worth getting the re-release – reading the stories behind these songs and the concept of the album greatly adds to its enjoyment and appreciation.

Some songs on this re-release have had more changes than others. For example On Which We Stand has clearly had considerable work done to improve it – not that it was too shabby in the first place! Simon Rogers’ beautifully played 12-string guitar is brought much more to the fore in the mix, rather than being somewhat overwhelmed by the organ on the original version. Later in the song a more powerful Mellotron and bass pedals have been added to Simon’s finale guitar solo to increase the sense of drama. The bass guitar has also been re-recorded, along with the whole lead vocal performance. The album was very good already – Armstrong has simply made it even better.

Robin Armstrong’s vocals have developed remarkably over the years, and whereas he used to rely on some guest vocalists, he is now confident enough to sing all the vocals in his own inimitable style, as on The Hay-Man Dreams. The atmospheric On Which We Stand benefits from a more mature and assured re-recorded vocal performance from Armstrong. Nevertheless, his choice of guest vocalists also showed impeccable taste and touch as his chosen artists really imprinted their own distinctive character onto their contributions. Tom O’Bedlam’s elegiac recitation of Matthew Arnold’s ‘Growing Old’ poem, over a delicate Supertramp-like piano, is a perfectly judged intro which is then emotively taken up by Steve Thorne’s fine voice on the title track. The vocal contribution of Huw Lloyd-Jones (Midnight Sun) on Memory Lost is absolutely outstanding, displaying a remarkable range and emotional connection with a song which has resonated with many listeners.

There will be some listeners who have not heard this Cosmograf album, or indeed any other Cosmograf album, and so trying to identify where the artist has added or improved on the original version will be pointless for them.

The real question for new listeners is whether it is worth starting their Cosmograf journey with this album?

The answer is most definitely: ‘Yes’

If new listeners need any incentive to delve into this new musical world then perhaps they should sample the dramatic Bakelite Switch, which commences with the sounds of a brass band, a dog barking and then Armstrong’s attempt to replicate the unique ‘clunk’ of an old fashioned Bakelite light switch, which used to resound around his Uncle and Aunt’s house – strange how one little sound can transport us back instantly to places long gone. What follows is an outstanding rock song full of dramatic passages, sound effects, superb vocals and pulsating performances, including Bob Dalton (It Bites) on drums and an ululating and unique guest guitar solo from the very talented Luke Machin (The Tangent / Maschine). The lyrics are filled with nostalgic images of Robin’s childhood in the old cottage, including absorbing the music of that era which has clearly left such a mark on the song writer.

Some albums have an emotional connection with us, and this is very much the case for myself as I associate it with my own father’s decline into dementia and eventual death in 2014. I could not listen to this album for some time – it was just too close. Nearly four years on this re-release has allowed a re-connection with the album, and in some ways brings back other personal memories. Armstrong reveals that many assumed Memory Lost was about dementia, which he understands as many of us have experienced the decline and loss of a loved one. It is about the sadness of his Aunt left alone after losing her husband and trying to hang onto memories of him. Memories fade so Cosmograf sought to capture the details, those little bits of the story which evoke so much (like the simple sound of a light switch), so that they are not lost in time. Robin Armstrong has preserved those moments resplendently, and has now taken those musical memories out of the box and polished them up beautifully for posterity. Don’t we all do that sometimes? Telling stories about those that have gone, anecdotes that develop over time and become embellished or slightly changed with each telling. For some those stories are new and interesting, and for others they just love hearing them all over again.

“When age has done its duty, what remains is memory, Etched in glass on me.”

Robin Armstrong has etched his musical memories in the grooves of this remarkable and touching record with imagination and precision. If you’ve got it, hear and read those stories again with added quality and depth. If you haven’t then I strongly suggest getting it now – you won’t forget it! 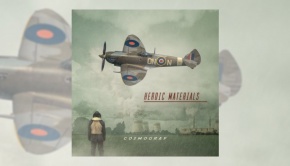