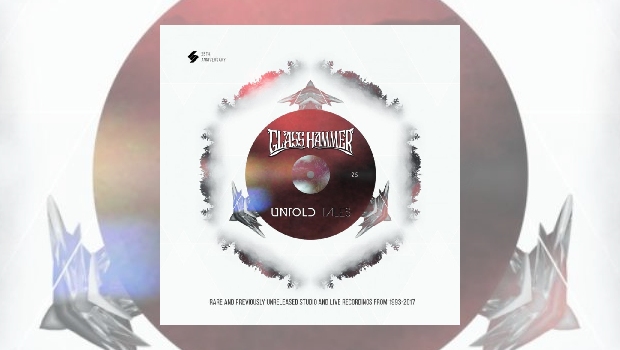 Chattanooga is a very famous American city boasting its own font and known to the world for Glenn Millers’ “Pardon me sir, is this the cat that chewed your new shoes, etc.” song, but in the prog world it’s the home of a band that singularly defines the genre with every element usually in place. Custodians Steve Babb and Fred Schendel have been taking care of all things Glass Hammer for twenty-five years and to mark this occasion they have released a compendium called Untold Tales.

Starting with a track recorded and then slightly re-worked from their very first album, the grandiose and appropriately named Shadows of the Past starts the time machine with the gusto of an overture to an opera, and then the classically infused piano of second instrumental Infusion would cause any listener to wonder how any of these tracks could have been left off previous releases… which brings in the Identity Principle. 12-string acoustic, lead guitar thirds, an ascending chord sequence and lyrics with passionate thoughts on ideology, complete with a background Moog motif – SO Glass Hammer, they have certainly adhered to their original principles and have gained universal respect as a consequence.

Babb’s Bach (inspired by the then Walter Carlos) and And Then She Sighed (as heard in Henry the VIII’s court) are obviously miniature projects destined to appear on some future compilation eventually, but Troll (with the best distorted bass Geezer never played and a Harmonica blown by Tim Starnes as if he’s competing for the Devil’s very own gold version) is a bit of a revelation. To save you having to have a little lie down after that, A Grain of Sand evokes the memory and sentiment of the movie version of Contact and it’s definitely blue in colour.

Horror writer H.P. Lovecraft is the inspiration for Cool Air and is the perfect subject for a band such as this – this is music of utter substance and a gift to anyone who has rejected mainstream pop. This may sound a little elitist, but a true understanding of art does require a certain number of grey cells. The lyrics of Rush’s Neal Peart are usually based on the last book he has studied, and as if to gild the coincidence The Impulsive Type is a track played using the percussive master’s sampled bangs and crashes.

After time jumping through each Glass Hammer era, the album lands back in 2017 with a live version of No Ones Land, from their last album Valkyrie, where the very lovely Susie Bogdanowicz (from an artistic point of view, of course…) dominates the vocals. The live version is everything a visiting alien who had travelled a few light years to spend his hard earned Alterainian Dollar bit coins on a proper Earth-based concert could hope for. To think this was played live puts them in the same league as Gentle Giant.

Rewinding the quarter inch tape to the two cover versions here and calibrating the azimuth with line up tone, Hold Your Head Up is clearly a paean to the original for anyone who first heard Rod Argent’s Hammond organ. The psychedelic hippy rendition of The Beatles’ It’s All Too Much is as relevant in today’s society of needing hope as it was then, with the prospect that hope might ensue.

Many compilation records run the risk of presenting a disjointed bucket of left overs but here is not only an album truly aimed as a gift to all Glass Hammer fans, but has inadvertently become the sort of record we used to buy in days of yore, when variety and interest were fundamental in a piece of art that would be listened to in forty years’ time. Yet again, the Hammer of Glass has smashed it – SchendelandBabb Ltd., purveyors of proper prog for over 25 years, and as for the the next 25 years – “Well, you can go on looking forward,” said Gandalf “There may be many unexpected feasts ahead of you.” 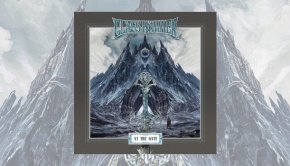 Glass Hammer – At The Gate →