It’s getting chillier as we head into Car Scraping Season, so here are some warming and spicy items to raise the temparature, lovingly crafted into another ADA (TPA’s occasional ‘A Different Aspect’ series). Again, quite quickly on the heels of the last one, this is in danger of becoming a regular feature! This is where we sweep up some of the worthwhile releases (and one other…) that we might have missed in the main reviews section and which could have got away otherwise. Have a listen via the links provided and hopefully you’ll find some new sounds to investigate further. Enjoy!

BIG|BRAVE are a young trio from Montreal who make a huge racket belying their unassuming appearance. Kevin Shields’ styled guitar howl buried beneath lumbering monster riffs created by downtuned six strings – there is no bass guitar on this record – result in a thunderous bass rumble that together with crashing cymbals establish the Sound. Most surprising is the impassioned yelp of frontwoman Robin Wattie. Where the easy route would have been industry standard indecipherable razor wire gargling from a musclebound, tattooed and no doubt hirsute male “singer”, instead BIG|BRAVE play their ace card, and Robin’s piercing intonations make for a fetching combination.

Lull is just that to begin with, but there is nothing particularly soothing about this as the monster lurks, waiting to pounce, the atmosphere is very dark, brooding, and edgy. Pounce it does, as another lurching riff accompanies the wake from disturbed slumber. Borer invites metaphors concerning giant drill bits with diamond teeth remorselessly eviscerating solid granite, and it comes and goes like a suffocating smog cloud, occasionally cleared by the anguished pleas of Robin.

This is post-rock from the MBV school of intense and feral noise, put through a Sunn O))) filter, and channelled into long form art rock on an atramentous canvas. There is nothing particularly groundbreaking to be found here, but if you are in the mood for some cathartic headbanging of the real or imagined kind, Ardor will not let you down. 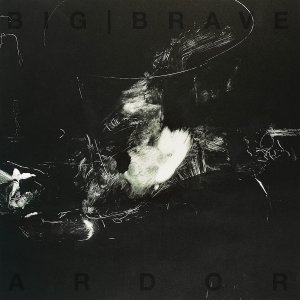 It has been 20 years since Gong’s sax and flute blower, Didier Malherbe, joined forces with multi-instrumentalist Loy Erhlich to create Hadouk – named after the hajouj African bass and the doudouk Armenian oboe. Now a quartet with percussionist Jean Luc Di Fraya and guitarist Eric Lohrer, Hadouk offer up another slice of gentle, hypnotic multi-ethnic jazz-folk that washes over you like a warm wind carrying scents from the four corners of the world.

If you love the simple yet hypnotic swirl of their music, the sound of a North African bazaar in which all the customers are completely stoned, and the almost childlike humour in Didier’s wistful, expressive playing then Le Cinquième Fruit hits the spot. But it’s not all just music to meditate to – there’s a gentle bass-driven funkiness in Tidzi, Eastern influenced psychedelia in So Gong, while the title track at times sounds like the soundtrack to a gentle 1960s French movie comedy.

If you own any of their previous albums then you know pretty much what to expect, with a few surprises. If your collection is bereft of Hadouk then you need to rectify that pretty smartly, and this is a tasty little offering for starters. 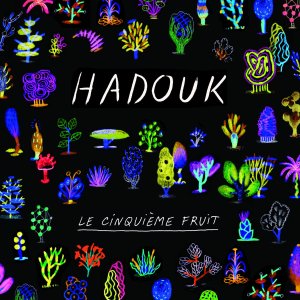 The solo project of John Kampouropoulos, ex-lead singer of the Greek alternative rock band Closer, Clairvoyance is his second album under the KAMP name.

John certainly has a rich and impressive voice and the songs on Clairvoyance, guitar led and fairly straight ahead but with interesting textures, are a good showcase for his talents. The ‘indie’ feel is there but shot through with some classic rock and anaologue ’70s textures. Despite the basic guitar/bass/drums instrumentation, the variety is present and John’s voice has the quality to carry the album along. It’s sometimes edgy, at times positive and upbeat, occasionally funky, but all of the songs are well put together, with a more experimental approach than he has tried previously in 14 self-written songs about Galileo, the Greek financial crisis and the problems facing refugees. 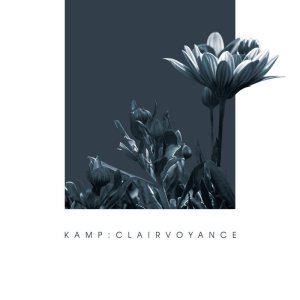 Chris Stark is a guitarist living in Hawaii who is influenced by Steve Vai and Joe Satriani, and whilst he can certainly twiddle with the best there is also a melodic sensibility on display here, and actually very little “Fretwank”, which makes this both an unusual and also more pleasurable album to listen to.

Very strong melodies and harmonies are also on display during Surfing The Jetstream, with the effective piano motif and background making it especially memorable. A nice clean tone on Highway One also impresses and proves that it’s not all about how many effects one can employ at any one time.

This is a very good instrumental album and I’d certainly like to hear more of his work as his talent continues to evolve. I really enjoyed this one, and admirers of the aforesaid Satriani or Vai will find much to relish here. 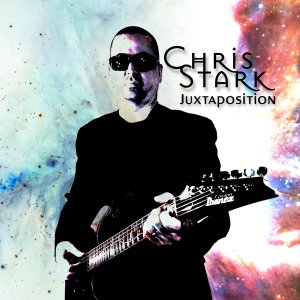 Swiss born saxophonist Markus Stauss occupies a rather unique place within the musical spectrum, impossible to categorise, but one thing is certain – he is never going to form a tranquil backdrop or sit quietly in the background. Throughout his many solo, collaborative and side projects, Markus is a free spirit, left to roam the darkest recesses of free-form experimental jazz.

I am happy to report that Treasures of Light is no exception, so intermingled within the tuneful ensemble passages are sections that would test the patience of Job. If we take it as read that all the musicians here are hugely gifted, then what this, recorded live in the studio, double CD represents is free expression in its truest form.

I love this from Markus’ site where Edgar Varèse begs the question: “But is this Music?” Later offering the term “organised sound”. Yeah, I can go for that! Crazy, wonderful, exasperating, brilliant – Fortune favours the brave… 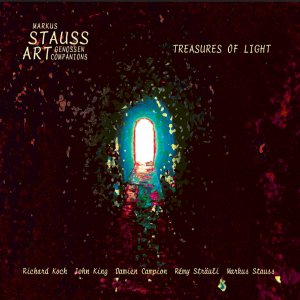 House of Rabbits – Songs of Charivari
by Tony Colvill

Discordant, lacking melody and direction, described as hardcore vaudeville art-rock, it is a mess, to my ears unlistenable.

I hate being negative but I cannot find any positives. I am sure there are some somewhere, possibly in a room with soft walls, and there is some people who may enjoy this, but not I.

Given the proclivities of Leporidae creatures, please, please, don’t let them breed. A definite no from me. Any redeeming features you may ask? It’s over. 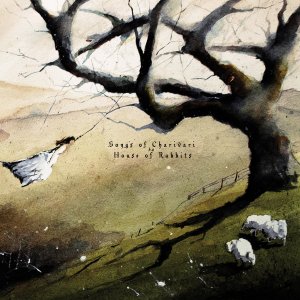