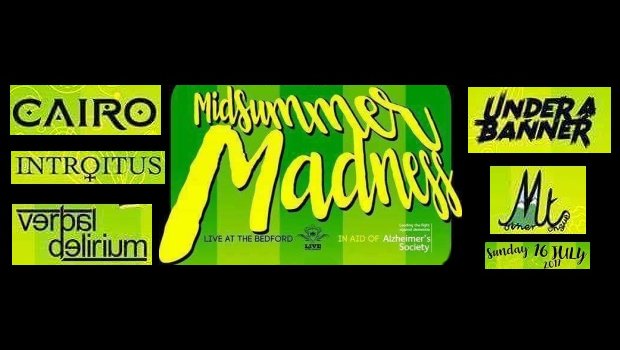 In these day of social networking there is no excuse, Midsummer Madness should have been packed to the gills. 7.5 million people in London and you’re telling me that gathering 250 prog fans on a Sunday is not achievable? Who are you kidding? Five bands who all gave us excellent entertainment, they deserved a capacity audience. The organisers tried, emails here and there, tweets, requests to Radio stations, magazines, little old ladies on Balham High Street – no response. What can we do to fill live venues, to pull in the punters? it’s an opportunity missed by entertainment venue publicans. Oh well, rant over, those who did assemble were treated to some of the best progressive music around, from the broad canvas that is Prog. We ROCKED, we ROLLED, we LISTENED, and we were DELIGHTED. 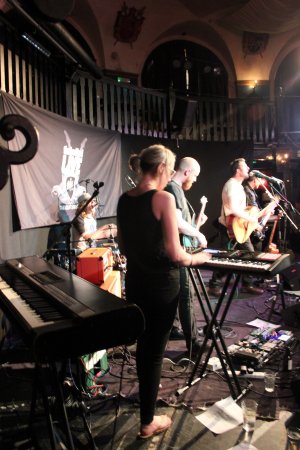 13:05 – Almost on time, and Under A Banner opened for us, with Levellers-like melodies and a New Model Army style voice they woke the somnambulant crowd. Fresh from the outside sunshine and into the dark interior of The Bedford, snoozing was likely. Numbers, an ironic first tune given the 50+ audience, in quantity rather than age. Definitely a little punky, strangely a little proggy, with a series of tunes covering a multitude of subjects. With Tim Wilson on drums, formerly of Oktopus, they joined, performed and surprised. I really enjoyed them. If you have a liking for music of this ilk, then Under A Banner are a very good band. The stand outs for me were Numbers and On Top Of This Mountain later on in the set. Kat Davis’ keys blended well with the bass of Richard Corry and guitars of Jake Brooks and Adam Broadhurst. I liked the slightly rasped vocals which added emotion to the pieces. They did well, their album, The Wild Places, is available from Bad Elephant Music or via their Bandcamp page.

Just after 14:15, Mothertongue: boy, have I been looking forward to this. It’s a slightly stripped-down sound, a semi-acoustic set and I missed Shango which wasn’t in the set – if you need that crowd participation choir, I’m happy to arrange. A mixed set of old (!) and new, Panic Music being particularly fun. A sort of Rock band with Mariachi and Ennio Morricone thrown in for good measure, the contrast between our enthused introduction by Under A Banner and Mothertongue’s more laid back set was just right. King of The Tyrant Lizards and Blooper’s Theme standing out from the material from their Unsongs album. Louis Smith has a striking voice that holds your attention, perfectly suited to the songs and setting. The combined guitars worked well together, Phil Dixon, Mark Wall and Louis ably supported by Will Holden’s bass. Completing the ensemble was Andy Malbon, the man of the sublime trumpet, a sound that just added to the overall party feel of Mothertongue’s set. Unsongs remains available at the Bad Elephant pages or from the band’s Bandcamp, with the new songs in development for the as yet unnamed second album. I’ll work the pedals, and the devil can steer. Oh I wish they played Shango… 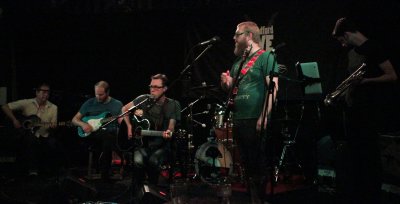 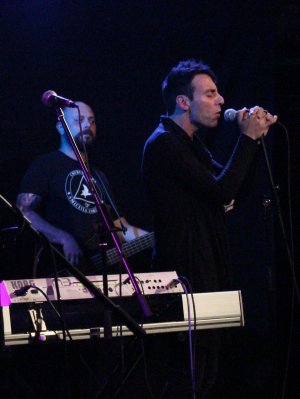 The first half headliners were Verbal Delirium from Greece and they really hit the ground running, different from what had proceeded, much more rock/metal orientated but with that all important combination of styles that marks progressive music for what it is. A band with the ’70s chops but firmly rooted in the present, providing a unique sound. These guys have style in spades! A fine headline act for the first half. Favourites? I actually loved it all, from beginning to end, even the grumpy MC liked them. Prog that you can in numerous places dance to, and I did. Fortunately, there is no photographic evidence of this rare event. Jargon sings with a passion and style, with a beautiful range too. If you haven’t seen this band, take to first opportunity to do so. They are due back in the UK in April next year, and then again for the Reson8 festival in July; come hell or high water I will be at one of these gigs. The most recent album, The Imprisoned Words of Fear, is available through Bad Elephant or Bandcamp. I look forward to the next. 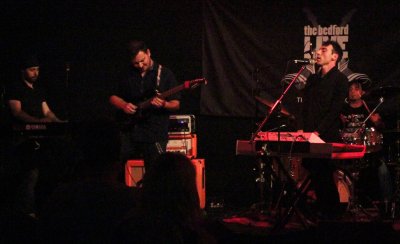 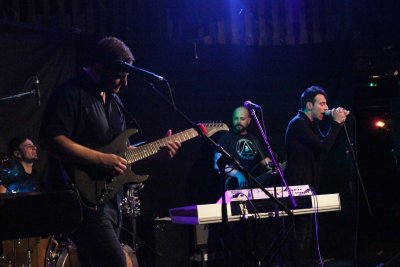 SETLIST
Ervelet
So Close & Yet So Far Away
Close to You
Misleading Path
Lullaby
The Decayed Reflection (A Verbal Delirium)
Sudden Winter
Fear
Dancing Generation
Encore: Images from a Grey World

“The introduction to the opening of a musical composition”, that’s what it means… oh, and there’s a naughty meaning too! From the opening bars of Ghost to their last song, Who Goes There, Introitus were as different from Verbal Delirium as you could expect. Mats Bender’s keys soar and flourish in a Banksian style, and the choice of subject matter is Genesis-like but with a metal edge. Linnéa on flute and keys adds the difference which helps create the individuality of Introitus. There were no weak drummers today and Mattias Bender gives it his all with both drive and attack. This is the lower end of prog metal, but great in its appeal to a broader audience, slightly Gothic in places and very much in the Swedish tradition of story telling. I enjoyed it all, but my spirit was lifted with the sequence of Free through to the final song. Anima is epic in every sense, 16 minutes of prog joy. 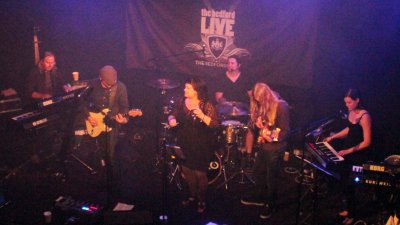 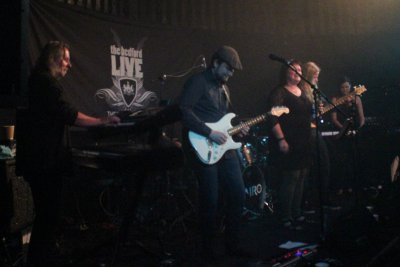 Cairo is Rob Cottingham’s latest band. I listened a little before hand, mentally establishing a nice pigeonhole for them in the prog canon of music. They escaped! Lisa Driscoll is the new lead singer, replacing Rachel Hill who recorded the vocals for the band’s debut album, Say. She is very good with a great voice and a presence that grew in stature throughout the set. Vocals are shared between her and Rob. Lisa has a warm personality and I suspect a wicked sense of humour (photoshopped the moustache Lisa x). With just the one album to date, the set was supplemented with material from Rob’s Captain Blue persona and Touchstone. In contrast to Verbal Delirium, Cairo delivered a more atmospheric set, but they did rock! If Verbal Delirium were igneous, Cairo were sedimentary, my dear Watson! I was pleasantly surprised and pleased. Yes, the tunes are to my mind more Progressive Pop, but they still rock. I loved the Cairo material more than the Touchstone pieces, Dancing on a Gossamer Thread, Nothing to Prove and Say! still earworms as I took to my bed for the night in darkest Balham. In many ways, a perfect end to five great acts who gave everything to a small but enthusiastic audience. Cairo information and links to purchase Say can be found at their website, along with details of future gigs.

These events come about by the hard work of people dedicated to the Prog genre, whatever that may be; Mike Morton for this one, Nellie Pitts for many others, and in the North, Emma Roebuck. The Summer’s End festival showcases it too, but for these events to remain viable they need more support from the media, Radio, Podcasts, Internet and Magazines. I hope to see a full crowd for Progtoberfest at the end of October, Masquerade II in early December, and the 2018 Resonate two day event in July. Look out for information in the TPA UK Gig Guide and the TPA UK Festival Guide.

Mothertongue – Where The Moonlight Snows →