Back in the day, when prog was young, they used to have showcases. The most memorable of these was Genesis-Lindisfarne-Van der Graaf Generator, all for a couple bob, leaving change for a bag of chips and a pint. By ‘eck! I’ve drunk too much Yorkshire blooming tea in the green room and gone all nostalgic on myself, lad.

A cracking start with Jump leaving the audience rocking on their heels. With only an hour for each band, no prisoners were to be taken. Jump have been around for 25 years plus, but you wouldn’t know it from the exuberance of their delivery; slick, professional, and John Dexter Jones is entertaining in every aspect you want from a front man. Songs of this and that, from those areas that only progressive music ever seems to touch. I loved the set, and I hope that my first experience of Jump is not my last. 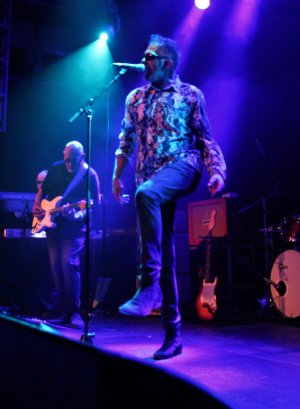 Verbal Delirium had flown in for the gig from Greece, holed up in an AirBnB we were regaled with tales of their Rock ‘n’ Roll lifestyle; the fate of home furnishings will never be the same. It is always a delight to meet and greet Christine (their manager) and the band, who despite the travel are as charming as ever. This is one of the slickest, most energetic bands you would wish to see, and I defy anyone not to move beyond the ‘Prog Two Step’ when they play – even the dead should dance! A good and broad selection from their repertoire with one new song, Children Of Water, a great piece which will hopefully appear on the next album, due in 2020 as Jargon is working on his solo album now and for the immediate future. Whenever, I’ll be waiting with baited breath.

Comedy of Errors came down from Scotland by train, I hope the beer was better than the McEwans that was available in 1987 when I first ventured to Aberdeen. If I were a swearing communist called Olf, I could say Rude Olf the Red loathes Train beer, but enough… Brilliant words, combined with wonderful music, having only Spirit in my collection, much was new to me, but I found much from their previous material that would seal my fate. Add me to the list who like this band. They can rock, and they can roll, delivery of a package marked fragile as required, or tossed about to gain attention like a Glaswegian station porter. Great band. 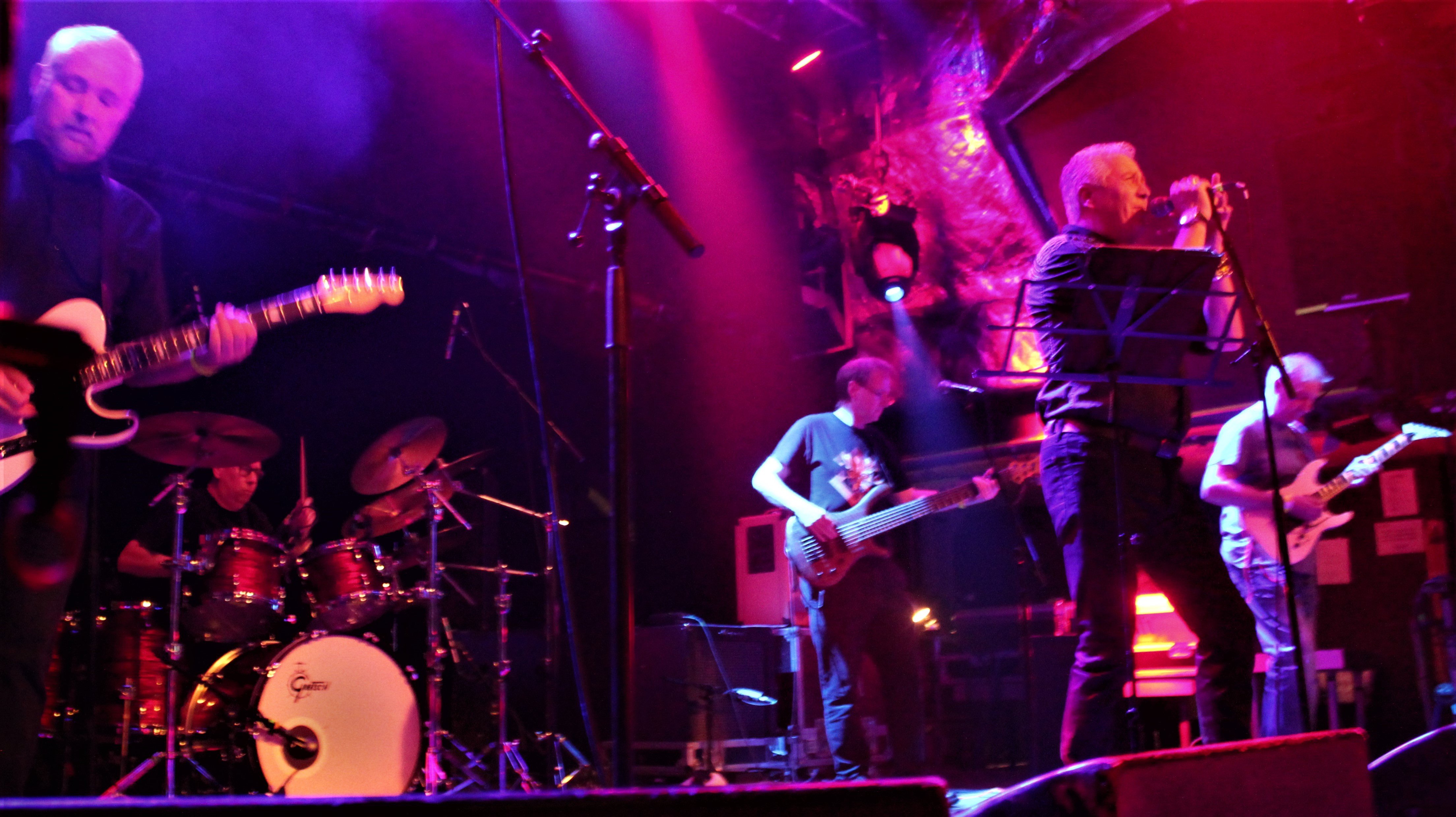 The Gift are metamorphosing, evolving, whilst holding on to the sounds of their first three albums. The singing is stronger, more confident, but still with an emotive waiver on the lines that require it. Rockier than of old, more ballsy, but no less fun to watch, smiles abound in a band that is enjoying every moment. The new song is short, bouncy, a potential singalong which they should release as single, it will hopefully get them the airplay they deserve. 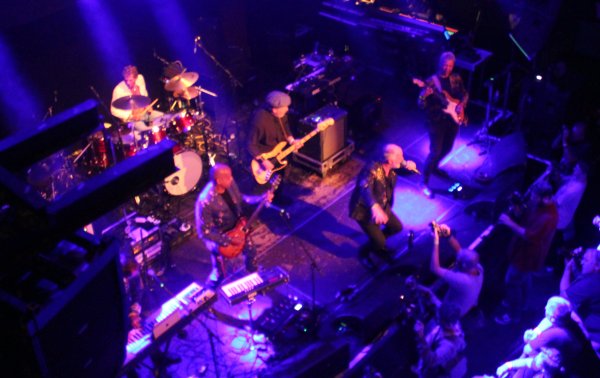 Son of Man brought a change of pace and style to the stage. Broadly speaking a rock band with prog undertones, they were loud and proud – and justifiably so. I’d been listening for a while on Spotify, and the reality lives up to the recorded and beyond. A great rock band just waiting for the airplay that will bring them to the audiences they deserve. This is not sanitised chart music, but real music delivered with heart. They were great in other aspects too, due to some technical difficulties they went out to perform without a soundcheck or line check, for this the promoter is eternally grateful. And you got to love a band with a track called Bananas. 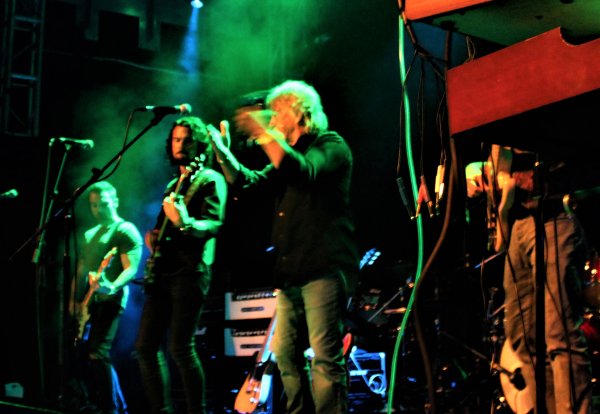 The headliner of six headliners, every band today warranting the title, were Lifesigns, with material from their first eponymous album and the current album Cardington, a combination of beautiful harmonies, technical wizardry and delightful music. It is always a pleasure to see a band smiling throughout as they deliver their material, their set was heart-warming, and the perfect end to a great mini festival of progressive music. I really enjoyed it, highlight for me, Cardington. 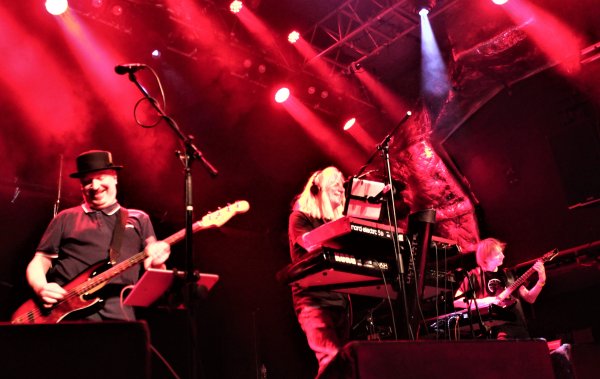 Resonate raised just over £1,000 pounds for The MacMillan Cancer Trust, organised by Mike Morton of The Gift and his trusty crew and compered by yours truly. Yes, I survived, and no death threats have been received other than the usual ones from Tom Slatter. The Resonance crew will reconvene on Saturday, 16th February 2019 at a venue to be announced soon, where they will have five acts, The Tom Slatter Banned (sorry Band), The John Hackett Band, The David Cross Band (headliner), HeKz, and IT. Another Sterling line up.

If one thing is key from today, it will be that there is lots of new music out there not hanging on the shirt tails of the 1970s. Give yourself a treat and come along to Masquerade on February 16th next year, it’s a Saturday!!