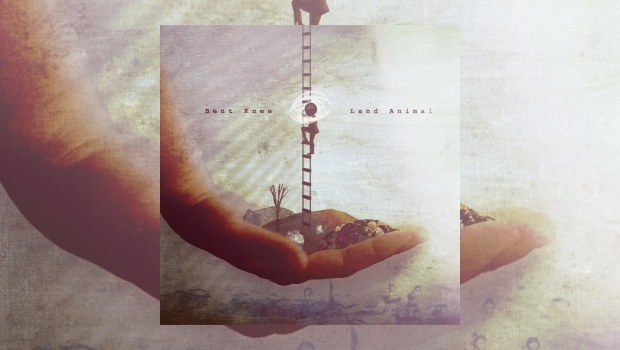 Bent knee, who hail from Boston, Massachusetts, have signed to Inside Out Music for their fourth album, Land Animal. The band was formed in 2009 as a democratic collective, with the aim of pushing boundaries, releasing their self-titled debut in 2011, followed by Shiny Eyed Babies in 2014 and last year’s excellent Say So, one of my favourite albums of 2016.

For those who do not know this band they are difficult to categorise, not that it serves any real purpose to do so. There are many influences here but the listener would have difficulty saying they “sound like” whoever, the reason is that they have created a unique and innovative sound of their own. The band themselves put it like this on their Facebook page: “Bent Knee is unlike any band you’ve ever heard. Its borderless sound combines myriad influences from across the rock, pop, minimalist, and avant-garde spectrums, into a seamless, thrilling whole”. Well they got that right, as that is probably the best description you could have for what they do.

Their sound is built around the amazing soaring vocals of Courtney Swain, whose voice is soulful yet powerful, emotive and engaging, effortlessly able to convey the feel of the song. But this is not a one woman show, the contributions from each band member as important as the next in conveying their vision. The music is filled with addictive hooks, melodies coupled with odd twists and turns in carefully constructed songs. It can be an unsettling listen at times with its odd rhythms, challenging your preconceptions of what music should be, but is this not how music should be? It is for me. This is not background music, it demands your attention, needing repeated plays for the full experience to be realised. Invest a little time and you get to really understand what this band do.

The album opener Terror Bird eases you in with its pounding beat accompanying Courtney’s astonishing vocal performance as the track builds and develops with some sweeping highs and lows before exploding towards the end. For me, Holy Ghost demonstrates really well what this band can achieve; a sparse picked violin opens the song before being joined by the other instruments, each contribution of equal importance with Courtney’s vocals as the centre point again, bass and drums accompanying the insistent guitar lines from Ben Levin. There are some great vocal harmonies here which counterpoint Courtney’s voice very well, the song coming to a big finish, leaving you wanting more. This album has themes based on societal and technological divides, about the struggles of modern life, with subject matter including global warming and family strife, to name but two.

Insides In is an interesting song, with a gentler start which provides an almost lounge jazz feel that draws you in, but this feeling of comfort soon changes in the final third of the song. Here the focus changes and it starts to become a little unsettling with the drums becoming more forceful and Courtney’s vocals more insistent, soaring towards the finish. There is a lot of variety; the title track gives us a song full of cinematic scope, despite its sometimes stuttering rhythms. Belly Side Up features wonderful backing vocals and Ben’s precise guitar playing, in a beautifully presented song.

The album closes with Boxes, exploring the facts of our own mortality, and that we should make better use of the time we have; with its pounding bass and minimal drum opening, as things progress the rest of the band join in an almost sad but at the same time beautiful song. The ending plays itself out almost like a heartbeat which comes to a sudden stop.

As noted, devoting time to this album reaps rewards. Having said that, my better half, who usually runs from the room when I play most of the music I enjoy, said that she liked this and asked who it was; “What do you like about it?”, I asked. “Well it is pleasantly unpredictable, and you know me, I usually have an immediate connection to any music I like.”

This is a great follow up to Say So that continues to improve with every play. It is a creative, inventive, unpredictable and at times challenging piece of work. I do recommend that you invest a bit of time through repeated plays, don’t just cast it aside as you will be missing out on what this great band have to offer. An album that will definitely be in my top ten of the year, it is available as a Limited Editon CD Digipak and 180g Vinyl Edition, as well as the standard CD and digital download.

[You can hear Land Animal in its entirety HERE.]

Bent Knee – You Know What They Mean →