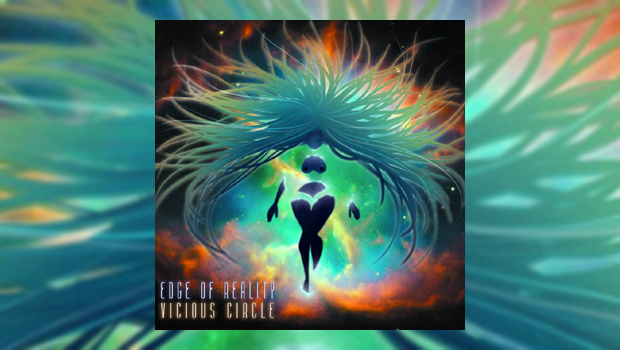 If any of you are like me and feel that Haken’s latest album, Affinity, was rather lacklustre (I have to say, it seems as if a lot of you aren’t) then you can stop feeling glum as this album does just the trick. Edge of Reality are a self-proclaimed eclectic art-metal band (read ‘bizarro-prog’) based in ‘the Nashville, Tennessee’, although I’ve personally met guitarist Joey Frevola on this damp little island alongside his bandmate Adam Warne from his other compelling band, Kyros (formally Synaesthesia – the band hoodie I bought from them with the original logo will soon be a collector’s item I’m sure!).

Upon my first listen, I wasn’t initially struck by anything other than the fact that the musicians were clearly very proficient and tight, as well as a strong influence from Haken, which I will maintain is not a bad thing in itself. What are the ways that Edge of Reality are like Haken? I’ll summarise:-

1. Shifting moods and styles throughout the album. Definitely not samey. A clear example of this is the shift from the heaviest track (humorously titled Cupcake) featuring scream vocals and chugging riffs, directly into the next track that draws from many jazz-fusion influences. This really helped sell this album to me, as I had begun to feel like the band were going heavy far too often, with little shift in the dynamics. Khanfusion was the track that broke this rule, at times sounding rather like the legendary Return to Forever, but also including a section where the band let up the fast pace to opt for a more chilled lounge jazz sound that doesn’t sound a bit insincere. Perfect.

2. Quirky but complex instrumentals featuring unorthodox instruments or sounds. This helps keep the album light but interesting, as no two tracks sound the same. To use Cupcake as an example again, the non-sequitur muted instrumental in the third minute does make the listener sit up.

3. Ability to storytell, and do it well. If Cupcake made me sit up, then Moldy Banana Bread made me pay attention. I don’t often listen closely to lyrics in progressive rock as they rarely add much extra value to the music. However, when two grandchildren interject before ninety seconds have passed in this tune, completely stopping the music, I had no choice but to follow the story. I even restarted the track so I understood what had been happening up to this point. Essentially the track is a twisted dark children’s tale about cursed bread causing a villager to burn his house down!

All of these points are illustrated perfectly in the album’s epic sci-fi closer, the twenty minute Into the Shadows, which Frevola feels “challenged [him] the most as a composer (what with the hymn, dance section, ambient noise bit, etc.)”. I won’t spoil it too much, but I will say that it’s simply one of the best modern tracks of such a length I’ve heard in a long time. It’s been handled with care so that it doesn’t fall into the trap of so many modern ‘epics’ of simply being a hodge-podge of incompatible ideas. The track shifts style often, but the structure of a great epic is there, and the brilliant bombastic finale magnifies this.

I’ve been so taken aback by Edge of Reality that I’m almost ashamed of my gushing. It’s not often you hear such a young and talented band so confidently and effectively tackle the big bad genre that is prog. Perhaps my only qualms with this album are the lack of a really singable tune to get people hooked straight from the first listen – even Haken knew how to do verses and choruses well – and the rather machine-like drummer who, though very talented, rarely shows any artistic flair, besides maybe on Khanfusion. As a keen drummer myself, I’m very interested in individualism when it comes to drums or indeed any instrument. But all this barely takes away from what is a truly solid modern prog album, chock full of well-crafted songs and great musicianship. 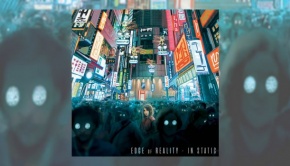 Edge of Reality – In Static →