Their album title might give you a clue, but the Hedvig Mollestad Trio are not, despite the look of the band name, a jazz trio, oh no maties. What they are is a yin-yang-yin primal force of ur-rock noise dealing in monstrous riffs and driving rhythms. Where they do link to jazz is in spirit, the “do what you want” ethos shining through in freeform wigouts the likes of which I cannot recall hearing in such an unfettered fashion since the early Deutschrock escapades of Ash Ra Tempel and Guru Guru. We soon get a taste of these cosmic extrapolations during On Arrival which on being brought to the departure lounge by the more conventional but no less thrilling Page-on-acid of Approaching, we rapidly ascend beyond all known constraints and enter a kaleidoscopic world of lysergically altered perceptions, fried brain cells and shattered eardrums. On Arrival is closest to the band’s often edge-of-seat improv one finds in a live setting, and some may say “oh, that’s just noise”. It is indeed, but a joyous one and a racket to get lost in. Those who understand will close their eyes and lose themselves in the trip, and those who don’t…our bus is probably full anyway.

Those first two tunes come as one track on my review download, but they can be viewed as and indeed may well turn out to be two separate tracks on the released album.

The two girls and one boy that make up this triptych of manic sonic energy are led by the burgeoning talent of guitarist Hedvig Mollestad, a Viking warrior princess wielding her axe with the feminine power of ancient goddesses at her beck and call. Hedvig has been playing guitar since the age of ten, and soon received her first electric guitar as a confirmation present, thereafter channelling the spirit of Hendrix via her dad’s jazz record collection. She met bass player Ellen Brekken and drummer Ivar Loe Bjørnstad at the Music Academy in Oslo, eventually forming the band in 2009, since when they have produced three albums prior to this one. The second of those, 2013’s All Of Them Witches was my only previous knowledge of the band, and I can see a definite development in confidence and composition from there to here, and this wonderfully primal album. Essentially recorded live with only some very minor overdubs the sheer force of energy that emanates from these zeros and ones holds this grizzly old reviewer captivated, and serves up much a needed helping of hugely dynamic and primitive yet sophisticated rock noise – just what the doctor ordered!

While Hedvig Mollestad Trio are not a jazz band per se as I said up there, they use the spirit of jazz to good effect, and the warm cosmic glow of 40 gives the listener respite from the fury, with Hedvig using jazz chording and timings to good effect. This should not put the rock fan off, indeed I doubt that the dedicated headbanger would even notice, or care and why should they? The spirit of Coltrane mixes with the influence of Hendrix and Sabbath, and maybe some of those German bands who arrived as the 1960s turned into the 70s having developed outside the sphere of the influence of dem blooze. The end result is Ellen’s rock solid Geezer rumble welded to Ivan’s free-rock drumming in the vein of Mani Neumeier on the infernal flame of Somebody Else Should Be On That Bus. A flaming torch is ignited and borne by Hedvig’s swing between classic HM riffing and freeform exploration.

Do you ever get the urge to go back to basics, but retain an element of the “difficult” music that has led your mates to consider you a bit weird (that’s me, by the way!)? Then this album is definitely for you. 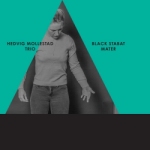 You may gather, correctly, that the live environment is where a band like this reveals its true nature, and released in tandem with the Black Stabat Mater is the fearsome vinyl-only double album EVIL in Oslo. Recorded at two club dates in Oslo, this slab of raw but sophisticated energised rock noise is resplendent in its bludgeon riffola and jazz-infused instrumental and rhythmic dexterity as the trio blast over the traces with 70 minutes of fabulous shit kickin’ ur-rock’n’roll. Much as the MC5 only revealed themselves fully on Kick Out The Jams, so in a similar fashion the two girls and one guy of the HMT are let off the studio leash on this fabulous racket.

The Sabbath-grungy For The Air and La Boule Noir are where we find these fairies fully booted, oh yes, but they never stand still. Tunes like Code Of Hammurabi and Laughing John explore several avenues, moving from chugging riffs to fast syncopation and bluesy introspection, always backed by the sonorous heaviosity of Ellen Brekken’s bass and Ivar Loe Bjørnstad’s powerhouse economic drumming. Hedvig ups the ante throughout with some marvellously incendiary plank spanking, channelling Hendrix swapping licks with Miles.

This video is from an earlier gig than those presented here, but you’ll get the idea…

Elsewhere, funky chops are exhibited on Lake Acid, and earlier we stopped to catch our breath during a languid trip through The Valley, a tune that conveys stillness and peace in complete contrast to what has gone before and indeed to what follows after. The slow melody is led by the bass for a while with Hedvig using an e-bow or similar to layer the atmosphere. Her playing on this one puts me in mind of Metheny or even Rypdal. This is one talented guitar player, and you need to check her out.

The Hedvig Mollestad Trio take us on a journey into the heart of the rock beast via roads less travelled. Unobvious key changes and rhythmic shifts make this fine band far more than just a rock power trio, although “rock” they do, and then some! They will satisfy the need in the fan of difficult music for complexity, while simultaneously sating the rock fan’s desire to headbang. “Arigato, Bitch” indeed, in the nicest possible way, of course! 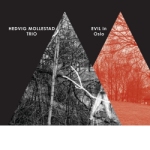