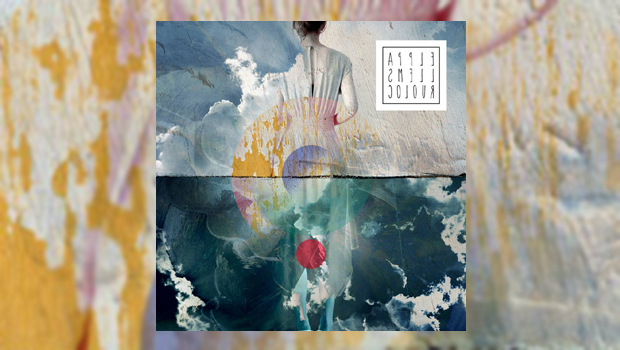 Once again bands looking for names seem to be running out of ideas and they’re having to rely on random word combinations – have all the good ones really been taken? This time from Tarragona in Spain we get AppleSmell Colour, at least in this case the name comes from a poem by Gabriel Ferrater, Bedroom in Autumn, so we’ll let them have that:-

“Without yearning,
the light is dying on us
that was honey-coloured, and that now
has the apple smell colour.”

But whatever you do, don’t let the name put you off listening to this. Recorded as the result of a successful crowdfunding campaign, the 11 tracks of Unscrupulous are a varied and highly enjoyable listen to be sure. The spoken introduction of Strings Field sets the scene with an expansive keyboard backing. The leap into the classic sax driven early King Crimson sound of I’m an atom in the world is unexpected but particularly welcome, a driving rhythm and parping ‘phone giving a demonic edge coloured with piano a la Keith Tippett. A quiet piano and voice verse punctuates the rollicking free for all, vocalist Uri Mas possessing a fine voice that is used to good effect. The structure works well as a lounge jazz feel takes over, the sax taking on a Pink Floyd vibe and building through a satisfyingly spicy second half that leads into Mary Monster, shades of The Flower Kings and a turn into graveyard horror, the vocals of Paula Sánchez-Valverde particularly effective.

Given the distance travelled through the first few tracks and the fact that it isn’t all just thrown together but very well structured and paced, my interest was certainly piqued upon the first listen and subsequent plays have confirmed to me that this is a highly skilled and crafted album from a band who deserve to be more widely heard. Guitarist Lluís Barceló plays just what needs to be played and the rhythm section of Àngel Arroyo and Marc Claramunt work well as a unit. The additional instrumentation of piano, sax and flute colour the sound beautifully, the latter (courtesy of Pep Espasa) embellishing Chris, a much quieter piece where the acoustic instruments come to the fore to support Mas’ voice, the delivery dripping with emotion. Anyone who reads my reviews may have picked up that I am a huge fan of acoustic instrumentation when woven into more exuberant electric works, and here it is hugely effective and shows AppleSmell Colour to be a band with all the necessary tools at their disposal to make intricate and moving music of depth and variety.

Another change of style with a Levin-esque bass intro to the title track, King Crimson influenced but this time by their late period. With this, however, ASC manage to retain their own identity, using their inspirations as a starting point rather than an ending. They drive on into a mature and well executed piece with sax at the core before returning to an edgy Krimson feel.

So far so great, ASC have kept things fairly tight so far, but on Boss of Wizards they open out into a 10 minute tour de force, the church organ intro being particularly inviting. The progressions work and the widescreen setting has a definite “keep looking over your shoulder” gothic edge to it. As a whole it makes good use of its lengthy playing time and the band show that they know how to work their way through arranging and delivering an epic.

It seems that Unscrupulousness is a concept work which “addresses the lack of scruples in its broadest sense: the origins and the development of the universe, the evolution of life on Earth, the massive exploitation of natural resources, current social conflicts and the class struggle in pursuit of a new social paradigm, the emotions and contradictions arising from falling in love and love relationships, the contemplation and relentless passage of time and finally, the inevitable death which leads us to a universe not governed by scruples or human morality.”

You don’t need to get bedded into the concept to enjoy this release though, every single track here is worthy and very well put together. As a band ASC are to be congratulated for this first release.

The intensity of Oil Slick takes its lead from ’80s Krimson but ASC take it off on their own trip. The influences from all KC periods are obvious but these simply add spiciness rather than becoming the flavour itself and overall Unscrupulousness is in no way weighed down by comparisons. Laid back solo piano adds a summery jazz effect from which the band build again. This really is beautifully done. The jazzy piano and sax feel of Landscape from brothers Mo and Pep Espasa hints that this would be a great band to see live, the ensemble playing being of real quality.

There’s a mellower end to the album as Blank Look and Death in the Mirror add a new relaxed texture, flute again deployed to good effect as Mas delivers smouldering and rich vocals alongside Barceló’s acoustic guitar. Lovely and beautifully realised, Death in the Mirror flows into the spoken word Eleventh Dimension to bookend the album very satisfyingly.

Highly recommended, AppleSmell Colour is a new name that deserves to be heard as Unscrupulousness is a fine and varied album that works well at whatever style it aims for; quiet jazzy influenced acoustic segments, rollicking Krimson workouts, sweeping symphonic soundscapes, they nail it all with superb playing and the wonderful voice of Mas.