...And I Saw a Boy Looking Up Dreaming of his Fu..." /> Riverside – Love, Fear and the Time Machine – The Progressive Aspect – TPA
Album Reviews 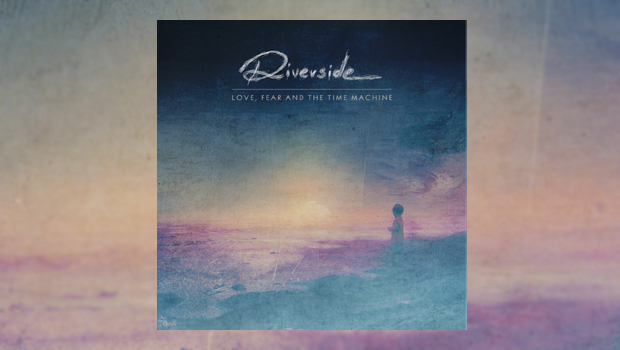 Such poetic words open Riverside’s sixth captivating album, and set the scene perfectly for a dream-like journey of reminiscence and hope. This is a band at the height of their creative powers, who simply refuse to stand still or endlessly repeat previous successful formulas. Do not come here looking for an album full of the overtly Floydian overtones of their early days on Out of Myself or the epic dark drama of the magnificent Rapid Eye Movement (REM). Do not expect an album dominated by the crunching power, verging on metal, so dramatically displayed on the spectacular Anno Domini High Definition (ADHD) or seek the classic heavy rock infused Songs of the New Generations Slaves (SONGS). Be assured that these varied musical colours of Riverside are present in this excellent release, but they are painted far more subtly onto a beautiful impressionistic musical canvas.

Love, Fear and the Time Machine opens with the enchanting Lost (Why Should I Be Frightened By a Hat?) as a simple, elegant arrangement is overlain with a gorgeous melody. Mariusz Duda sings sweetly over an atmospheric organ and subtle guitar with references to Peter Pan:

Come Follow Me, We’ll Go Down where the River Flows
One Day Just You and I Will Find the Bridge to the Neverland

The muted beginning opens out joyously after a couple of minutes, and the memorable chorus resounds through the song. Towards the end Piotr Grudzinski’s guitar euphorically soars away before returning to the rock solid rhythm section and majestic organ chords. This is a candidate for Track of the Year and establishes that we are in a different world with Riverside this time around, filled with more light lyrically and musically.

This Polish band continue their curious use of numerology after their initial ‘Reality Dream Trilogy’ in which their albums have progressively more words in their title to match which number album is being released. So for the sixth album we now have the six word title in Love, Fear and the Time Machine. The title reveals the lyrical concepts underpinning the album in which main song writer Mariusz Duda explores transformation in our lives, and the feelings associated with making decisions – excitement about change, fear of the unknown. The songs delve into those areas of our lives when we have to make decisions in which we consider where we have come from, and project ourselves into the future – our very own Time Machines of the mind. This is perhaps most exemplified in Caterpillar and the Barbed Wire in which over a restrained, insistent backing Duda intones plangently:

I Want to Fly, I Want to Flap my Wings and cause a Hurricane in your Heart, in Your Heart

This piece also illustrates the greater emphasis on rhythm driven songs propelled so well by Piotr Kozieradzki’s drums, built on a solid vocal with guitar and Duda’s bass melodies. Previously Riverside in such a song may have wanted to extrapolate more expansively from the foundations of this piece but they maintain the tension and restraint throughout, akin to an earthbound caterpillar never achieving the flight of a butterfly, as Duda sings darkly:

I Wanted to Turn into a Butterfly, But I Couldn’t Trust you Enough

More optimistically, Towards the Blue Horizon opens with a gentle acoustic section which then develops with rising intensity and darkness an insistent guitar driven theme along more classic Riverside lines, also reminiscent of Porcupine Tree. This subsides to a more plaintive level as Duda beautifully sings:

Where are you now my Friend, I Miss those Days
I Hope they Take Good Care of you there
And You can Still Play the Guitar and Sing Your Songs
Perhaps Duda is singing to himself as he looks at himself in another time?

However, with Riverside there is often a twist in their ideas as over the last gentle horizon of the song the previous more ominous theme returns as an echoing dark coda.

The catchiest song on this remarkable album is #Addicted in which the band satirically explores our modern obsession with social media, driven along by a thundering bass and enhanced with swirling keyboards from Michal Lapaj. This track also most emphatically displays one of the most remarkable developments in Riverside’s musical palette: Mariusz Duda’s mellifluous vocals – his voice has never sounded so sweet and he has never had to use his voice this agilely so much on any Riverside album previously.

Under the Pillow and Saturate Me are in much more familiar Riverside territory with crunching guitars, chugging riffs and soaring lines. Saturate Me includes a captivating interlude after two minutes as delicate vocals and gossamer thin guitar lines float over spiralling keyboards, and then rebuilds with impressive intensity as Duda repeatedly chants:

My Invisible Old Life, I Don’t Want to Feel Like I’m No-one Anymore

Let’s Go Back to the World that was 30 Years ago, and Let’s Believe this is our Time

This is an album punctuated with memorable lines and melodious hooks that many will subsequently be humming to themselves as Riverside combine lovely music with lyrics and ideas that touch the heart. Nowhere is this most amply demonstrated than in the final song Lost (The Unexpected Flaw of Searching). The flow of ideas and themes reach a sparkling end evoked by a shimmering acoustic guitar and delicate vocals as we return to the boy of the first song:

Grudzinski breaks through the lyrical clouds with a final crystalline but brief guitar solo to illuminate the song, and illustrate the more restrained and possibly more light filled world of Riverside. The last poetic and touching words are perhaps appropriately left to singer Duda:

I Feel Like a Child, Found in Waking Life.

The central lyrical theme of transformation permeates the whole album, suffused with optimism and a belief in change for the better. This is the sound of a band contemplating their past and looking to their future with optimism and even joy. This is an album which may surprise some with its subtleties and emotions. Come to it with an open mind and an open heart and you will find much to enjoy.

Album of the year?

Quite possibly – but who cares, just lose yourself in it and see what surprises and feelings you may find?