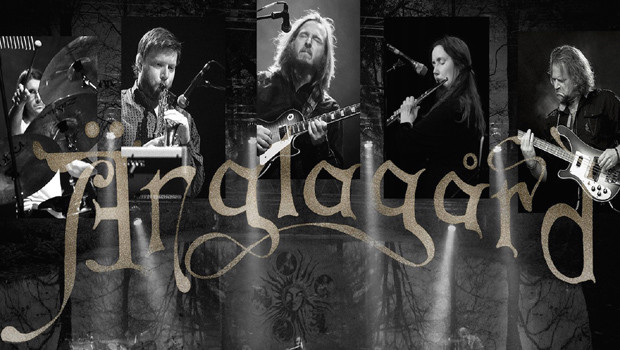 As we are all well aware, Facebook has many negative aspects but these are outweighed by the positives, otherwise why would anyone bother with it? Making virtual “friends” that turn into real people and hopefully real friends is the main plus point of this sometimes frustrating social media behemoth. Such was the case last Saturday night, when my trusty long-time gig companion and I met up with a group of people with whom I had been trading music tips, jokes, insults and general silliness for some time online. That meet took place in a pub a few hundred yards from tonight’s venue. The Junction, a somewhat pricey gastro pub, won out as it served proper real ale, something of a rarity in the capital.

After a convivial hour in said establishment, and a meal in an Italian restaurant up the road with the unlikely name of Stingray, we made our way to the venue. The Dome is a big room tacked on to one of those iconic cavernous London pubs with a stage at one end and a bar along one side at the other end. In an era of dwindling audiences, a mere 94 folk made up the audience in a venue that could comfortably hold over twice that number. When you consider that Änglagård (pronounced “En-gla-gourd”, as one slightly sozzled companion kept insisting back in the pub!) in their modern incarnation have only recently begun playing over here with any regularity and are one of the main reasons real progressive rock spluttered back into life at the beginning of the 1990s, a turnout like that is disappointing, especially on a Saturday night. I wish I knew what the answer was…ho hum… 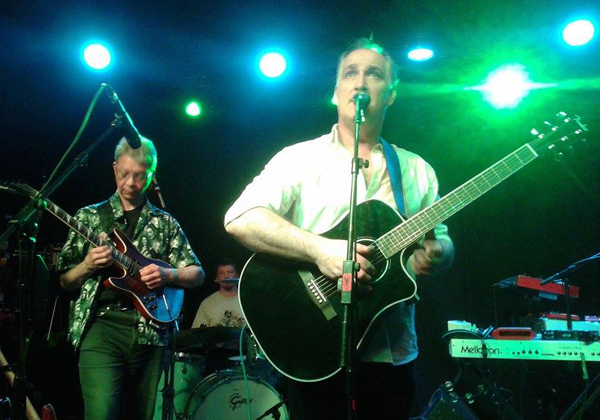 Opening the show was London band The Gift, led by Mike Morton, a man who probably has “showman” written through him like a stick of rock (candy). Mike’s sheer strength of personality was enough to make it enjoyable for me, although The Gift’s music is not really my thing. I can’t deny that they are all good musicians, and Mike writes a good lyric, but tonight they tended to opt for the prog crowd pleasing extended format at the expense of the shorter and more memorable songs from their last album.

As with a lot of modern prog, the art of the song was sacrificed on the altar of the “long ’un”. However, the audience, most of whom seemed to be mates with the band, obviously loved it so who am I to complain?

Much discussion was had in the pub beforehand about the merits or otherwise of having a vintage Mellotron in Änglagård’s line up of instruments. These temperamental beasties take some time to set up, and possibly in anticipation of that, and maybe also in order not to overrun the venue’s curfew, The Gift had one song cut from their set. I did find it a bit odd that the first ten minutes or so of Änglagård’s encore later in the evening was taken up with a drum solo, which must have raised a few eyebrows in The Gift camp, assuming they were sober enough to make the connection by that point! Whatever Änglagård’s reasons for curtailing The Gift’s set, it is pointless getting worked up about it, as some fans of the band have been doing since the gig, for this kind of thing always has and always will happen to support bands. As it was the changeover did not seem to be overlong, and soon the eclectic Swedish outfit were on stage playing out the spooky intro to Introvertus Fugu – Pt. I, a still unrecorded “live only” piece.

Back in the mists of time…well, 1994/5ish actually…I was persuaded by the appeal the cover art alone to buy Anekdoten’s Nucleus album. This was before the internet really took off and listening to samples of obscure bands before buying was next to impossible. I subscribed to a mail order list (forgotten the name, unfortunately), and that eyeball picture ticked all my odd boxes! Next to Anekdoten on the list were their Swedish compatriots Änglagård, so, in for a penny, in for a pound, and Hybris (or Epilog, I can’t recall now!) was ordered too. Those two bands, along with our very own Porcupine Tree, whom I was already into and had seen live, were responsible for re-awakening a long-dormant prog synapse in my head, and the rest as they say, is history. 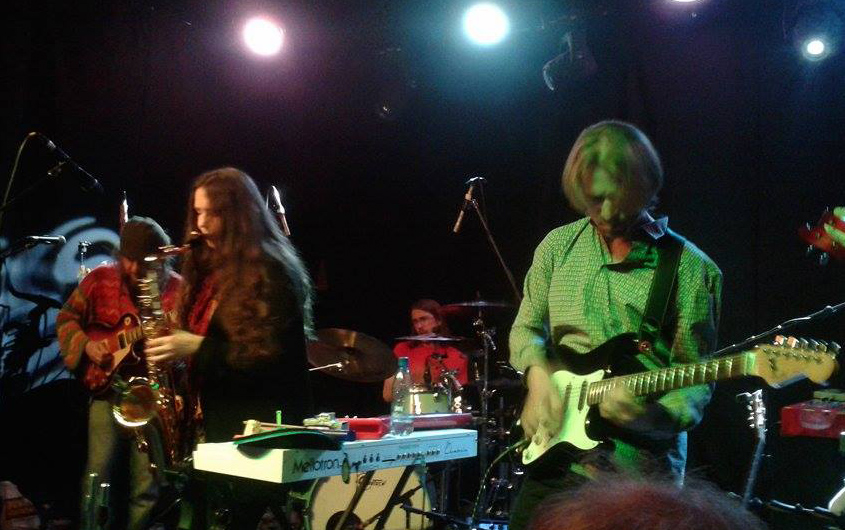 Therefore, it was a good feeling to at long last be able to see this iconic band live, and right from the off they did not disappoint. From the moment they got into gear it was obvious that they are playing on another level. The wide range of instrumentation provided a varied and always interesting sonic palette from which the band painted their highly individualistic and imaginative pictures. Creating an odd but credible mix of math prog precision and darkly symphonic Scandi-folk music, Änglagård took us on a journey through an impenetrably atramentous pine forest of the soul. Along the way my musically enhanced imagination took me deep into the realms of Gothic Swedish folklore where strange creatures stir in the depths of the swirling mists.

All highly skilled at their craft, the two focal points of the band are Linus Kåse stage right as we look with his banks of keyboards, vintage and otherwise, and Anna Holmgren stage front on reeds and keyboards. Anna’s newly acquired baritone saxophone, purchased partly with the help of funding from fans via an appeal launched after her original instrument was stolen a few weeks ago, was rather ironically lost in the mix to begin with, but their soundman had an awful lot to cope with as you can see in the line-up details below. Thankfully it did not take him long to sort that problem out, and one highlight of the set was Anna exchanging lines with Linus on soprano saxophone on Längtans Klocka, in a section that bordered on free jazz, the tight rhythm and guitar melodies and especially Johan Brand’s thunderous bass guitar anchoring the thing to the floor. “Hmmm…nice”, as someone once said. 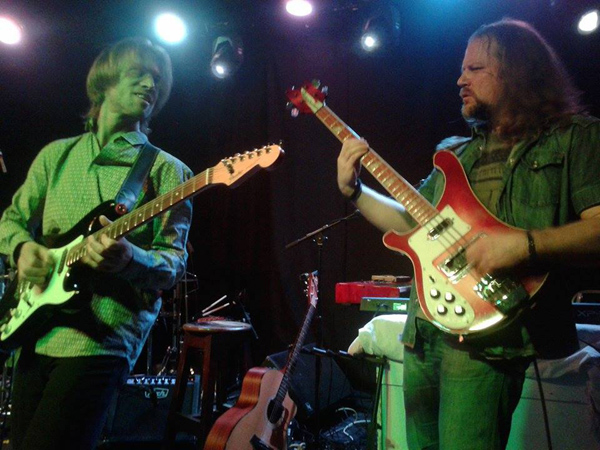 It struck me as quite strange that a few of the audience drifted away during Änglagård’s set, presumably those who had come primarily for The Gift, who after all, were playing on home turf. Änglagård, whom I found hypnotic and compelling are “progressive” in the true sense; they take some obvious influences and do something unique with them. It requires a bit of concentration to get into their densely packed soundscape, but once in there it is a joy to get utterly lost and abandon oneself to the mercy of their muse for 90 minutes. Any art deserving of the name rightly demands its audience invests some of their time, and in this instance those that lacked the patience missed an aural treat. These are the same folk who no doubt berate mainstream music fans for being unimaginative and unwilling to try anything that deviates from the norm. Still, it’s their loss.

When all five members of Änglagård are grooving together, possibly even in a cave with a Pict, and weaving in and around a melody the whole is a delight to behold. At times this music is near classical in its timeless beauty and intricate construction. Any one of the setlist could be used to highlight this, but let’s take Kung Bore, a now 23 year-old epic, and one in the true sense of that over-used word. This featured a rare vocal from Tord Lindman, for all the world a Nordic woodland wizard lurking stage left, and while not the strongest of singers, his fragile cracked voice counters the imperial majesty of the music perfectly. The tune builds in lapping waves, and while becoming ever more strident never crosses the border into the land of bombast, a credit to the ensemble playing skills of this strangely magical troupe.

In answer to the age old question “What is prog?” I once answered “Music you can dance to in your head”. That description suits Änglagård perfectly, and I for one thoroughly enjoyed the show. All that needs to happen now is for the band to persuade their compatriots Anekdoten to crew their longship and make the same journey over the North Sea, and I could retire from gig going well happy! 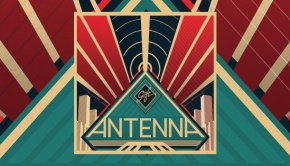