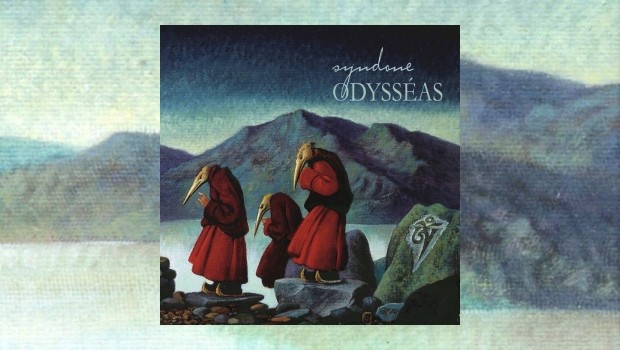 And so the mistral swept down from the Alps, bringing a breath of fresh air, and carried on that wind a little renaissance Italian progressive rock. I think I’m in love. I don’t speak Italian but there is a sense of this emotion carried through the vocals of this album, a clear demonstration of why music should be considered the universal language. Is it a cornucopia of styles and influences or just Syndone being themselves? Jazz, Symphonic, Blues Rock, Classical – lovely. Early Deep Purple (Book of Taliesyn), Queen, Muse, Family, ELP; oh, this is sooooooooooo rich.

In the early ’70s psychedelic rock was progressing, going through changes, and long before they achieved success in the U.K., Genesis were hitting the heights of the Italian charts with both Nursery Cryme and Foxtrot. If there is any Genesis influence it is minimal but let it be said, when done well the Italians are the icing on the panatone and this music sends shivers down my spine.

Syndone formed as an ELP influenced trio in 1989, reforming 18 years later as a quintet before reducing again to a three piece in 2012; I blame the Mayans. The current band features Francesco Pinetti (vibraphone & timpani) and Riccardo Ruggeri (vocals) with Nik Comoglio (piano, Hammond, moog, rhodes and keyboards) as the only remaining member of the original band. Federico Marchesano (bass & double bass) from the quintet formation helps out and there are contributions from the flute of John (brother of Steve) Hackett and German drummer Marco Minnemann (whose spheres of influence include The Aristocrats and Steven Wilson’s band) with limited (if any) electric guitar present.

Odysséas is a concept album loosely based around the travels of Ulysses and doesn’t rest for a moment; 50 minutes of bliss.

The contemporary jazz introduction of Invocazione Alla Musa (Invocation at Musa) is packed with energy, urging the listener to dispel their preconceptions and enjoy, while Il Tempo Che Non Ho (The Time That I Do Not) is a soft ballad absolutely dripping with emotion from acoustic guitar and strings. Focus returns to that jazzy ELP feel with a little Family burlesque thrown in for good measure – superb!

Contrast is offered with Penelope, Spanish guitar with Moorish hints embodying Odysseus’ faithful wife, a beautiful piano passage with vocals as if Freddie Mercury or Matt Bellamy sang in Italian enhanced by sublime flute from John Hackett. Shivers! A jazz feel figures again for Circe, the enchantress, goddess of magic – oh I do hope you like jazz! – whilst mellow and paced combinations make Ade another joyous musical experience.

La Grande Bouffe (Blow Out) is another Mercury-esque ballad (which came first, this or Freddie?) that picks up into riffy jazz with excellent drumming from Minnemann, continuing on into a bombastic Eros & Thanatos which is louder than anything else on the album – a “Wow” track that suitably reflects the myths surrounding the characters of the title. Vento Avverso (Adverse Wind) is, I think, a revisiting of Il Tempo Che Non Ho – bring on the charge of the Light Brigade (if you know your Queen, you’ll understand) – while Eleftheria just lets the music speak and Diamonies, the most conventional track of the whole album, closes it out so well.

Every time I have listened I have done so to the album in its entirety, not wanting to skip anything. Odysséas wouldn’t have been an album that I would have sought, although I would have been attracted to the cover art. My overall comment is brief; Bella Musica!

My life would be less rich without this music. Go on, take a risk and buy it! I don’t think you’ll be disappointed.