What to expect on an auspicious night for singer Joe Payne, named best vocalist of 2014 in the Prog Magazine awards on that very day. My knowledge of The Enid was and for now is limited, I remember, Aerie Faerie Nonsense, and Something Wicked Comes This Way from my youth, but nothing else, so the purchase of a ticket was a bit of a punt. 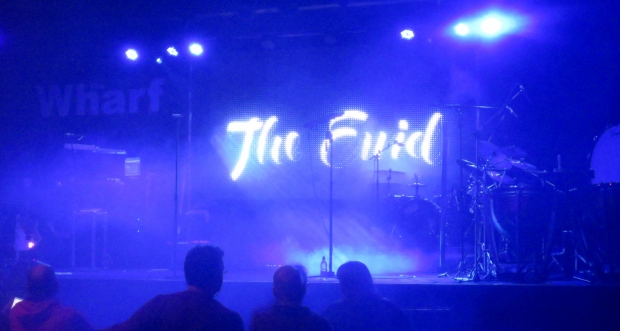 The show is titled “The Bridge Show”, The Bridge being a metaphor for the link between old and the new. The next album which is now expected for release in May 2015. A mix of old and new with Robert John Godfrey still at the helm, the bridge provided by his sturdy keyboards, The Enid delivered surprise after surprise. On stage, patriotism rising, Land of Hope and Glory rang out, silence and then Joe Payne opened the proceedings with the One & The Many, from the last album Invicta, this is the album with the current line up, and the lyrics are written by Joe.

Wow, what an incredible range! Operatic, Rock and hint of stage musical, my eyes and ears were opened. So this is what he got the award for – I’m impressed. The modern equivalent of dry ice spilled off the stage, and the view was a little muggy, the guitar before the interval seemed a little wrong in the mix, a bit far back, but this was rectified for the second half. 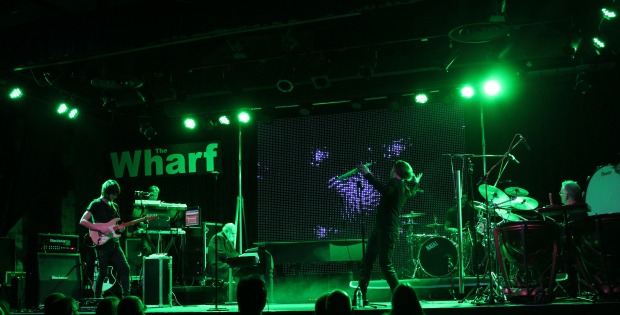 Terra Firma and Earthborn followed, old Enid delivered anew and then Witch Hunt (Invicta), each song increasing the value of my investment in a ticket. Jason Drucker guitar work was great, combining with Robert’s keyboard, instrumental passages emotional and tangible as static electricity on a stormy night.

Having no expectations is a wonderful way to attend a concert, everything fresh, unusual for me, as I would normally do a little background listening, but when it is 40 years you have paid little attention to, probably best not.

Space Surfing and Malacandra from Journey’s End, very much in my case from Genesis to Revelation, that being not a comparison, but an observation of my journey through the Enid this evening. The first set ended with Dark Hydraulic, more delight, not only subtly but they can rock too. What a powerful piece of music, to be found on their First Light intermediate release, their words, but none the less a good CD to add to my wish list. It’s a mixture of old revisited with the current band, and two tracks from the forthcoming album.

The Bridge Show is a combination of music and a backdrop film and image display, all based around the mythical Enidland, it’s royalty, government and people. The film bring both humour and thought to the show, and the large image of Joe that displays at times can seem a bit narcissistic, but take in the music and lyrics and you soon dispel such thoughts. 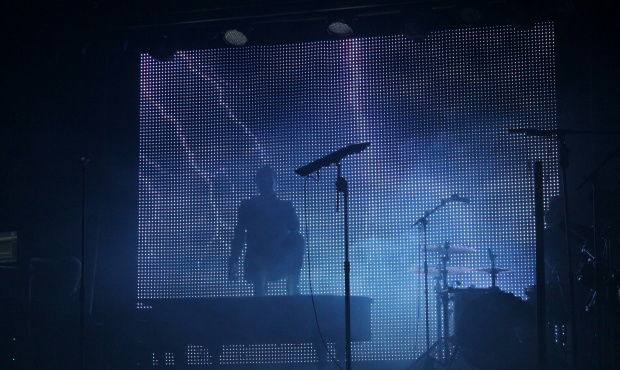 After the inteval, as it should, following Wings; Something Wicked This Way Comes, the memory stirs, familiar but different, this has been a pleasure in nostalgia and new discovery. More old and new, but by now, analysis has passed, and I am just enjoying the show.

Execution Mob and Leviticus from Invicta, and more; Someone Shall Rise; Judgement and Shiva. I looked around the auditorium watching audience, some singing along, some considerably younger than I. It’s fun to people watch, and more so when you see faces shining with joy.

Joe Payne has no doubt been compared to the late Freddie Mercury, and it has to be said, some comparison is fair, stage presence, theatrical showmanship, a brilliant vocal range, and if comparisons must be made, then it is one that honours both. This was the night that it was announced that Joe had won the Prog Magazine 2014 Vocalists Award; on this show alone, I would say it was well deserved. Robert, Max, Jason, Dominic & Dave all deserve credit too, no point having a figurehead, if the ship has no crew. I loved the drum duet, beautifully play off against each other, between Dominic and Dave; Max was hidden by his equipment, perhaps the result of a small stage; but gave the nuances you would expect. Jason was excellent, and made me wish I had bought my son who is just taking up the guitar/bass; that’s how it is done Ben. Joe embellished the musical passages with his electronic woodwind (!), all in all, a sum of parts in every sense.

The encore was, In The Region of the Summer Stars; on a cold winter’s night, on the edge of Dartmoor, I actually felt that I was.

If you have the opportunity to attend this show, jump! The musicianship is outstanding and the keyboard playing sublime. A seated gig, no mosh pit, and a complete delight. 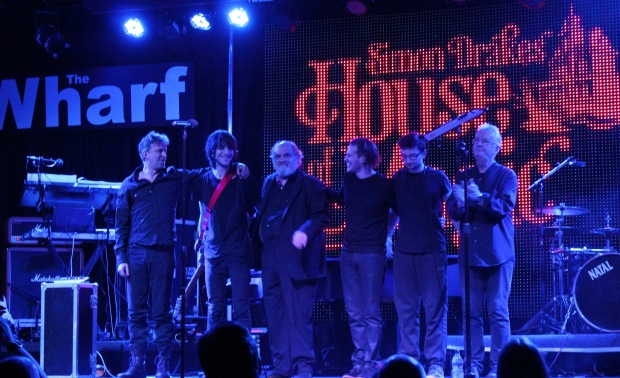 Thank you for an enlightening evening, anyone looking for a good evening’s entertainment with an award winning vocalist, UK dates for February and March can be found in the TPA UK Gig Guide and TPA UK Festival Guide. The band will also play at De Boerderij, Zoetermeer, The Netherlands on 4th April 2015.

ENCORE
In The Region of the Summer Stars

Many thanks to Joe Payne for supplying this novice with the set list. To Jane Armstrong on the Merchandise desk for insights and a little information. An evening completed by listening to Invicta in it’s a entirety during a drive home across a moonlit and frozen Dartmoor, where thankfully despite the myths and legends, Something Wicked did not This Way Come.