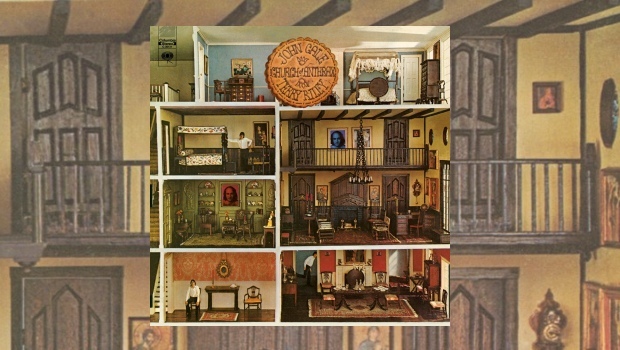 Esoteric Recordings continue to live up to their name with this reissue of the seminal 1971 release resulting from earlier recordings made by two prime movers in the 1960s avant-garde scene.

John Cale, not long out of the Velvet Underground, was offered a two album deal by CBS Masterworks, and this, although recorded first would later become the second of his two albums for Columbia, the first being his far more well-known solo debut Vintage Violence.

Terry Riley, already with the groundbreaking minimalist works In C and A Rainbow In Curved Air under his belt, had, like Cale attended La Monte Young’s Theatre of Eternal Music, a breeding ground for the New York underground scene. Their collaboration at some point down the line seemed inevitable.

Of the two drummers used, Bobby Gregg played on Dylan’s Like A Rolling Stone and the other Bobby was a founder of Blood Sweat and Tears. Not to mention that the studio had not long been vacated by Miles Davis and company having completed Bitches Brew. Oh, and Adam Miller, a friend of Cale’s who sang the only lyric of the album on The Soul Of Patrick Lee went on to write songs for David Cassidy, incongruously enough! It is evident then that the studio and the musicians, notwithstanding the main men, were steeped in history.

The feeling that something new was being forged here is evident from the off, and the influence of the various facets of what was then groundbreaking minimalism being applied to nominally “rock” idioms on Church of Anthrax as can still be felt today. A case in point is the title track. Everyone knows Mark E Smith is a big Can fan, but listening to the track Church of Anthrax one half expects the lairy Manc to come scowling across from stage right at any moment.  It would be remarkable had he not heard this at some point either before or in the early days of The Fall.

The tune is an extended jam featuring multi-organ layering atop more looped and distorted rhythms and bass guitar, that all comes shuddering to halt dead on nine minutes. This is flowed by the Nyman-esque and starkly contrasting The Hall of Mirrors…, where Terry’s sax and John’s reverberating piano create a fulsome wall of acoustic sound, the sax weaving in and out of the dancing sprites summoned by the piano; all quite lovely.

At the time, Riley fell out with Cale during the mixing process, protesting that he had been buried; well there is certainly no evidence of that here. Suffice to say the passage of time has healed rifts forged in the heat of the moment and Riley can now accept that “John actually took a very good approach in the end”.

Indicative of what was on the horizon with Vintage Violence, The Soul of Patrick Lee is the only fully formed song on the record, written by Cale and sung by Adam Miller and sensibly placed in the middle of the record. The tune takes the familiar early Cale solo form of a slightly folky piano-led ballad with oblique lyrics full of metaphor.

Ides of March either has the two drummers playing in different time signatures, or more likely, multi-tracking is used to create a disorientating non-rhythm that occasionally resolves itself underneath a ceaseless double piano boogie. This repetitive and unsettling form would have been quite revolutionary at the time, and still has a hypnotic effect now.

The Protégé ends this short but influential album with a conventional early Cale rock workout. Recorded as early as May 1969, the piece recalls the Velvet Underground in style.

This is not the sort of album anyone would play regularly, but it serves as a starting point for a lot of ideas that continue to be developed in the world of accessible avant-garde music.