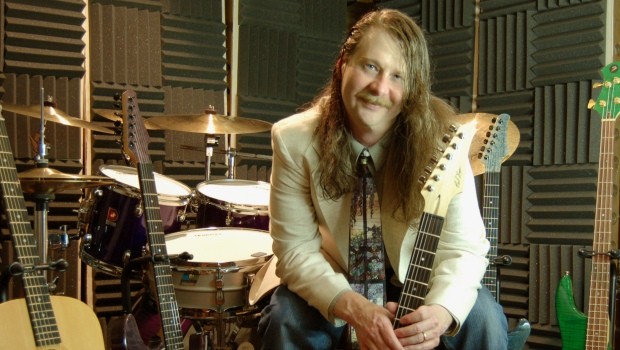 Only a few days since reporting the passing of John Osri, it is our sad task to inform you of the death of another hugely talented musician ~ Dave Kulju. Not only a gifted musician, but a fine composer and thoroughly nice guy.

I never met Dave personally, but came a cross his music back in 2002 when I had the good fortune to review an album by Electrum – a band project Dave was involved with a the time. I was mightily impressed with, not only the musicianship, but also the depth of compositions on Standard Deviation. After the review was published Dave took the time to get in touch and over the years we have exchanged numerous emails. Dave went on to release two solo projects, Abstract Expression (2007) and the highly praised Notes In The Margin (2010).

Dave was planning a new release for 2014. Sadly this will now never be. I can think of no better tribute to Dave than to let his music have the final say…