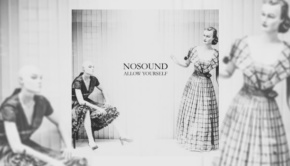 As Nosound prepare to release their sixth studio album, the band has re-invented its sound for Allow Yourself. Now relocated... Read More →