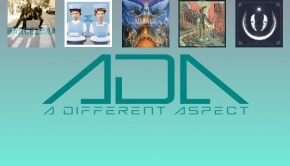 Markus Reuter is perhaps best known as one third of Stick Men, whose sprawling and mighty live document, PANAMERICA was... Read More →

In 2016, in a church hall in downtown Stroud at Ian Fairholm’s beautifully curated Eppyfest, I had the pleasure of... Read More →

Lighthouse is a companion album to the mighty fine The Stone House, released earlier in the year but actually recorded... Read More →